Representatives of the Russian Defence Ministry admitted the fact of the crash, but did not blame Syria for the incident. Russia supports the troops of Syrian President Bashar Assad and sells S-200 missile defence systems to Syrian Armed Forces.

Russian Defence Minister Sergei Shoygu accused Israel of the death of Russian military men who were  on board the Il-20 aircraft that Syrian air defences shot down above the Mediterranean Sea. "The Israeli side is fully to blame for the shoot-down of the Russian aircraft and for the death of its crew," Shoygu told his Israeli counterpart Avigdor Lieberman during a telephone conversation. Shoygu also told Lieberman that Russia retains the right for further actions against Israel in connection with the incident.

Igor Konashenkov, an official spokesman for the Russian Defence Ministry, blamed Israel for the fact that it was Syrian troops that fired a Russian missile to shoot down the Il-20 over the Mediterranean Sea.

"Covering themselves with a Russian plane, Israeli pilots put the aircraft in the line of fire of Syrian air defences. Aa result, the Il-20, whose reflective surface is much better than that of the F-16, was struck with an S-200 missile," General Konashenkov said.

According to him, on September 17, at about 10:00 pm, four F-16 aircraft of Israeli Air Force struck  the area of Latakia by dropping guided air bombs. "The approach to the targets was carried out at a low altitude from the direction of the Mediterranean Sea," the general said, noting that Israeli aircraft deliberately created a dangerous situation for surface ships and aircraft in the area. "The bombing was conducted not far from the location of the French Auvergne frigate and in the immediate vicinity of Russia's IL-20 that was coming in for landing," Konashenkov said. 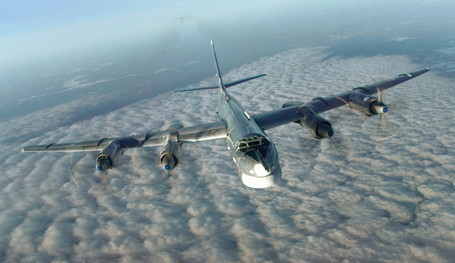 Israel did not warn Russia about the attacks on Syria. "Israel did not warn the command of the Russian group of troops in Syria of the impending operation. We received the notification on the hotline less than one minute before the attack occurred, which made it impossible to take the Russian aircraft to a safe zone," Konashenkov said, noting that the search and rescue operation in the area of the crash of the IL-20 continues.

The press service of the Israeli Defence Forces (IDF) has not commented yet on the accusations of their indirect involvement in the shoot-down of the Russian reconnaissance aircraft.

It was reported that the Israeli Air Force attacked factories for the production of household chemicals and aluminum, as well as a power plant in Sakubia. However, the Syrian Observatory for Human Rights reported that the missile strike destroyed two weapon depots near the base of the Syrian Navy.

CNN television network said with reference to an unnamed source in the American government that Syrian air defense forces mistakenly shot down the IL-20 in an attempt to repel the attack of the Israeli Air Force. The tragedy occurred when the Syrian military tried to destroy the missiles that Israeli aircraft launched on the territory of Syria.

The tragedy with the Russian Il-20 reconnaissance aircraft coincided with a new report from the Russian Defence Ministry about the crash of the Malaysia Airlines Boeing over the Donbass. In both of these cases, it was Russian missiles that shot down both the military and the civil aircraft.

Ukraine owned the missile that shot down Flight MH17 Boeing

Who shot down Russia's Su-25 in Syria?