Poland has been a transit territory to armies of many nations for centuries. Today, Poland is on the fault line again. Warsaw is surrounded by the powerful and "aggressive" Russian Federation, always displeased Baltic States, the unstable and rapidly degrading Ukraine, and refugee-stricken Europe. With a US military base on its territory, Poland will feel calmer.

Russia has been enhancing the military potential of the Kaliningrad region for years now. The region, which is actually an enclave, is extremely important for Russia, and NATO cannot but realize that. It appears that the US administration decided to build an army base in Poland as part of the move to contain Russia and increase its military presence in Europe.

NATO is particularly concerned about the Suwalki Corridor - a land corridor connecting Russia-friendly Belarus and Kaliningrad. This is the place where Poland borders on Lithuania. These two countries are always concerned about the threat from the Russian Federation. USA's move to build another army base near Russian borders comes as a real challenge for Russia. The Russian government can see it as an act of aggression.

The deployment of the US army base in Poland is beneficial to the North Atlantic Alliance, since it gives the alliance an opportunity to counter the growth of military capabilities of the Kaliningrad region - Russia's westernmost outpost. If NATO forces try to block Kaliningrad, the Russian army may try to break through the Suwalki Corridor from Belarus.

The deployment of the American military base in Poland can play a dirty joke on Poland, because the decision comes in violation of the "Russia-NATO Founding Act". Moscow will thus have a right to recognize the North Atlantic alliance as an aggressor with all ensuing consequences for both NATO and Poland.

The US can also use Poland for anti-Russian provocations. In particular, Washington may pull out from the INF Treaty and deploy long-range cruise missiles in "Fort Trump" without asking permission from Warsaw. In this case, the US army base will make Poland run additional risks of a Russian missile attack, let alone the growth of tensions in relations with Moscow. It seems very strange that Poland is willing to allocate the astounding amount of $2 billion for the purpose.

In case of a military conflict with NATO, the alliance will be able to promptly deploy a large group of servicemen and combat equipment to the Russian border near the Baltic States and Poland. This may play a decisive role if the United States decides to attack Russia.

However, the head of the Pentagon, James Mattis, said that the United States has not made a final decision on the "Fort Trump." According to Mattis, the decision is to be made in early 2019. 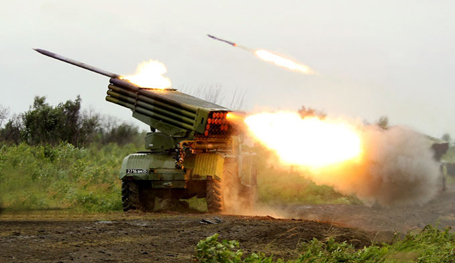