Washington threatens to impose more sanctions on Russia. The list of reasons continues growing: interference in US elections, Skripal poisoning, Donbass elections, the Nord Stream 2 gas pipeline and even aggressive behaviour in the Sea of Azov. Next come violations of sanctions against North Korea, cyberattacks and so on and so forth. 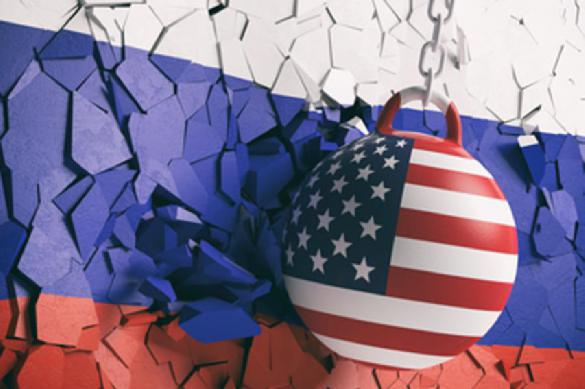 Is the Russian economy ready for all those challenges? We do not want to lose our sovereignty nor do we want to defend it at war. Sanctions have become a powerful tool of pressure on Russia. The financial supremacy of the United States and America's economic potential minimises the risks of responsive measures. In total, the Americans are running 29 sanction programs, and they are confident that the programs are useful for "restoring (American?) order" around the world.

With regard to Russia, the USA follows the regulations of the Countering America's Adversaries Through Sanctions Act (CAATSA). The goal is to remove major Russian companies from the international market. It goes about such giants as Alrosa, Renova, Gazprom, Rosneft and others. Russian companies cannot access long-term loans (longer than 60 days), high technologies, nor can they participate in projects with foreign partners. These actions cut the price of companies' shares, their capitalisation, foreign exchange earnings, companies pay less taxes to the treasury, and the state is forced to cut social spending.

The second line of pressure is on the financial sector. The Central Bank of the Russian Federation has been cut off from external borrowings, Russian banks lose an opportunity to raise loans taking into consideration the fact that the lion's share of their profits is based on the dollar resale. In turn, banks do not allocate loans to businesses, the latter have no funds for investment, there is no wage growth, the level of consumption among the population declines, and the economy eventually stagnates.

Against such a background, the revenues generated by both private and state-run businesses are flowing out of Russia. Entrepreneurs fear the withdrawal or arrest of their dollar accounts by the Russian government. They also believe that the Russian government may ban the use of dollar settlements and the SWIFT system.

The third line of pressure targets state officials and personally oligarchs in order to orchestrate a coup in Russia.

For the time being, one can see only one method of defence against "draconian sanctions" - the accumulation of national reserves. Russia sends all additional oil revenues to the National Wealth Fund (NWF). The Central Bank also cuts investment in US Treasury bonds and stocks up gold and dollar assets. This is a lesson that Russia has learned from the period of the collapse of the USSR, when the country's budget deficit tripled following the collapse in oil prices. The Soviet government could not support the republics, pay off their debts, salaries to state employees, etc.

Strangely enough, the West cannot introduce most stringent sanctions on Russia, similarly to those it has imposed on Iran, because of Russia's strong involvement in the financial system and the energy sector of the world economy. Russian state-owned banks control 60 percent of the country's financial industry, they serve the majority of transactions for fuel exporters. If Russian banks fall under sanctions, oil prices may break through the critical level of more than $120 per barrel even without the imposition of an oil embargo.

Alexis Rodzianko, president of the American Chamber of Commerce in Russia, said in an interview with Bloomberg that the proposals to expand sanctions against Russian banks, which US Congress is currently considering, may cause serious turmoil for the global energy market.

However, one can already see the Americans taking care of only themselves and paying no attention to allies. That said, the USA may impose any sort of sanctions. The Americans can even ban the purchase of Russian oil and gas. It appears that the Russian government will not be able to respond to such a move.

Konstantin Simonov, General Director of the National Energy Security Foundation, told Pravda.Ru that the confidence of the Russian government is based on the fact that the budget for 2019 will have a surplus. "Over the past year, Russia has received unreported earnings of 1.8 trillion rubles. Growing prices for oil and the weak ruble play a positive role at this point," the expert told Pravda.Ru.

According to him, "collapse will never happen if you have money and live within your means rather than in debt." "The most dangerous sanctions are about the ban on the purchase of Russian raw materials, particularly oil and gas. However, the Europeans are so dependent on the Russian fuel they can never refuse from it," Mr. Simonov said. To crown it all, Russia is actively increasing its sales to Asia. For example, Rosneft's Asian sales have already outstripped European ones.