If Trump punishes Saudi Arabia, he is dead

Donald Trump will not punish Crown Prince of Saudi Arabia Mohammed bin Salman for the murder of journalist Jamal Khashoggi. Trump is not the first American president who knows that the Saudis can do anything. 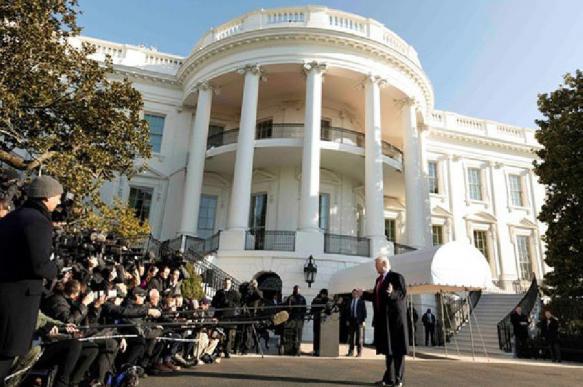 Pay and do what you want

"King Salman and Crown Prince Mohammed bin Salman vigorously deny any knowledge of the planning or execution of the murder of Mr. Khashoggi. Our intelligence agencies continue to assess all information, but it could very well be that the Crown Prince had knowledge of this tragic event -- maybe he did and maybe he didn't!" Trump said in a statement distributed Tuesday, November 20. " "The United States intends to remain a steadfast partner of Saudi Arabia to ensure the interests of our country, Israel and all other partners in the region. It is our paramount goal to fully eliminate the threat of terrorism throughout the world!" he added.

Democrats, Republicans, globalists in Europe, and many other people were left to ask themselves one very simple question: "What about human rights? What about the struggle against dictatorship?"

Germany's Der Spiegel wrote that contracts and dollars are more important for Trump than human rights. Trump gives the go-ahead to all autocrats, dictators and tyrants, and they know that he will tolerate their murderous actions if have pay good money to the United States, the publication said.

Indeed, Trump likes to refer to the $450 billion investment that Saudi Arabia promised the United States, of which 110 billion accounts for arms contracts with US companies.  The President of the United States also says that the Kingdom controls oil prices and a third of world oil production. America buys this oil.

Petrodollars solve any problem of the Kingdom

What if Saudi Arabia withdraws from the 1975 petrodollar agreement? In accordance with the agreement, Saudi Arabia had to buy oil only for US dollars and invest excess profits in the US debt. During the time of Saudi Arabia's absolute domination, the agreement was incredibly successful and efficient, and all exporting countries joined it, causing the artificial demand for American dollars in the world to increase significantly. The dollar ensured the United States an unprecedented economic growth.

The depreciation of petrodollars will inevitably lead to a rise in oil prices and an increase in the US government debt. This will mean the end of the United States. Not that long ago, Trump criticised the Saudis in his election campaign and called the Saudi regime the world's largest source of terrorism. However, as soon as the Saudis threaten to pull out from the treaty on petrodollars, American presidents put their tail between their legs. They immediately forget about Wahhabism and Salafism that threaten Israel and sponsor international terrorism. Saudi Arabia's involvement in 9/11 attacks was proven long ago, but no American president is going to punish the Saudis and never will.

Russia will not pay Trump, he will punish himself

Vladimir Vasilyev, Chief Scientist at the Institute of the USA and Canada, told Pravda.Ru that Saudi Arabia remains USA's trump card in the fight against Iran. The Americans are unlikely to declare war on Iran, but Saudi Arabia and Iran can do it."

"I believe that the CIA has prepared a special report, in which it is clearly written that Jamal Khashoggi was killed at the behest of the crown prince of Saudi Arabia. Why announce it for the world? Washington could let the Saudis know that they should clean the mess and promise that such things will never happen agin," said Vladimir Vasilyev.

However, Trump can not "waste his international capital to the right and to the left," because his position in the eyes of Europe looks like the propagation of international terrorism.

According to Vladimir Vasilyev, Russia has no opportunity to pay America, like Saudi Arabia does. It is easier to pursue a principled policy and emphasise USA's addiction to the principle of double standards in every possible way. "Some leaders can do anything, others get punished if they try to do what they want," the expert said. "The incident with the Saudi prince will show everyone that the USA is demonstrating its double standards, especially to Europe, in the most impudent way possible. All the recent accusations against Russia, especially on the case of Sergei Skripal poisoning, pale in comparison," the expert told Pravda.Ru.