Lots to Protest About at the G20 Summit 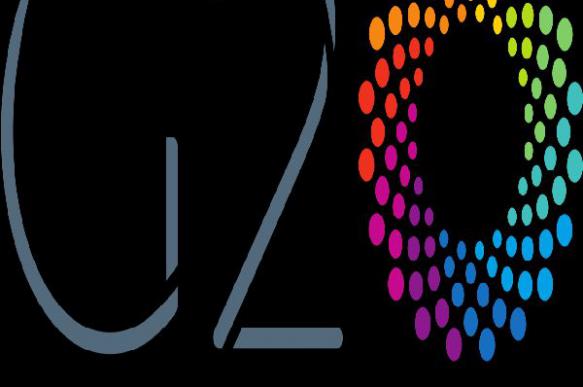 Public anger is all about opposition to predatory capitalism, globalization adversing affecting billions of people worldwide, neoliberal harshness, ecocide, and endless wars of aggression, among other issues.

Protestors had another reason for anger this year - Saudi crown prince Mohammad bin Salman's presence at this year's summit. More on this below.

Ahead of and throughout the summit, Buenos Aires was on virtual lockdown, normal life and civil liberties for its residents suspended.

Federal Security Minister Patricia Bullrich warned that anyone "cross(ing) the line (would) have to face the legal consequences."

Around 25,000 police and hundreds of other security forces were deployed for the summit, along with others from the US, UK, and other countries. Coast guard and border patrol agents were involved.

A near-five square mile area around the Costa Salguero Convention Center where proceedings were held was cordoned off - public transportation, including the city's metro, shut down. Vehicular traffic along the River Plate was prohibited.

The threat of possible terrorist attacks was way overblown. On Friday, thousands of demonstrators marched in Buenos Aires, protesting against anti-populist agendas of G20 countries.

One protestor likely spoke for others, saying "(w)e are against the policies of the G20, which are tearing the world apart. In Argentina and the rest of the world there's lack of education, food and work, because of the policies that they are over there discussing."

Another protester shouted: "Down with capitalism and down with the G20!"

It's all about letting bankers and other corporate predators strip mine countries of their material wealth and resources, shift them from public to private hands, crush democratic values, hollow out nations into backwaters, destroy middle class societies, and turn ordinary people able to find work into serfs earning poverty wages.

For nations getting into bed with the IMF, it's perpetual debt bondage, obligating them to go deeper into debt to service existing obligations - at the expense of eroding vital public services.

Argentina's economy is contracting, inflation at around 40%. Since succeeding Cristina Fernandez de Kircher in December 2015 as Argentina's president, Mauricio Macri's popularity plunged to around 36%.

Economic contraction in the country is the severest in nearly a decade, millions of ordinary Argentines experiencing Depression conditions.

Macri's earlier message of "short-term pain for longterm gain" has been all about the former, none of the latter.

Soaring prices of gas, electricity, water, food, medical care, and other essentials to life and well-being made conditions unbearable for most Argentines - one former middle-income Buenos Aires resident, saying "(m)y quality of life keeps going down with this government."

In October 2019, presidential, legislative, and most local elections will be held. Without economic improvement enough to make a difference, Macri may be a one-term president.

Along with opposition to the G20, imperialism, and Macri's neoliberal harshness, protesters rallied against Mohammad bin Salman's presence, posters calling him an "assassin."

One demonstrator speaking for others said "(w)e don't want him here because of the assassination of the journalist, because of what the Saudis are doing in Yemen, because of all this death."

A pariah to some G-20 leaders, he was treated otherwise by Trump, Vladimir Putin, France's Macron, Britain's Theresa May, China's Xi Jinping, India's Narendra Modi, summit host Macri, and others - eager for Saudi oil, investments, and purchases of what they're eager to sell the regime.

Macri unjustifiably justified his presence, saying "Saudi Arabia is a member of the G-20, so the prince has to come...(H)e is part of this community and is...in the country to participate" in the summit.

A final communique was largely G20 boilerplate on 31 items, including economic development, trade and investment, migration, climate change, the international order, and other issues.

"I answered his questions about the incident in the Black Sea. He has his position. I have my own. We stayed in our own positions."

Trump cancelled his scheduled meeting with Putin over the incident. He also called off a G20 news conference.

He and China's Xi Jinping agreed on a 90 day Sino/US truce to continue discussing major irreconcilable issues between both countries.