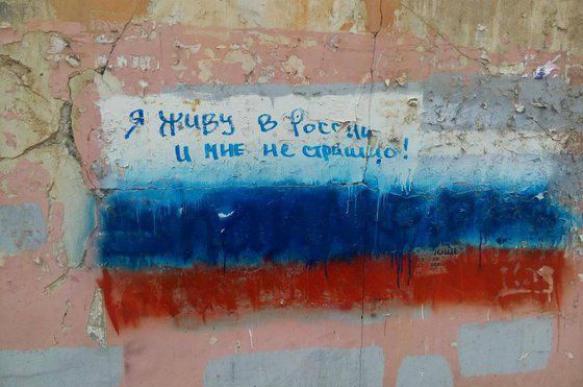 Syria and Ukraine are the world's top hot spots. Flashpoint conditions in both countries risk greater conflicts than ongoing ones in the Middle East and Central Europe, including near Russia's border.

In September, Poroshenko signed a decree the regime's parliament approved on Thursday, Moscow notified about the move signifying nothing.

Complicit with the US, UK and other NATO countries, Kiev is militantly hostile toward Russia, waging intermittent war along its border with Donbass freedom fighters.

The November 25 Kerch Strait provocation was likely prelude for similar stunts to follow. Nothing will change as long as Ukraine's US-installed war party runs things.

The terminated treaty affirmed a strategic partnership between both countries, sharing a common border, pledging to respect their territorial integrity, doing nothing to jeopardize each other's security - an arrangement ending after the Obama regime's February 2014 coup.

Until termination on April 1, 2019, the treaty was automatically renewed every 10 years. Poroshenko's announced termination came at the same time legislation was drafted to declare war on Russia - with full US/UK support and encouragement.

On the day Ukraine's parliament approved termination of the treaty, US warplanes conducted a provocative Open Skies flight over its territory, coming close to Russia's border, showing support for the illegitimate fascist regime Obama illegally installed.

A resolution was also drafted to designate Nazi collaborator Stepan Bandera a "Hero of Ukraine." He represented the scourge of Nazism in Ukraine and Central Europe.

Ultranationalists under him, allied with Waffen SS and other Nazi forces, were responsible for slaughtering half a million or more Ukrainians, Poles and Russians, many of them Jews.

According to historian/political scientist Ryszard Szawlowski, Banderites were unapologetic about genocidal crimes committed during WW II, their barbarity exceeding Nazi and Soviet atrocities - torturing and mass murdering with zeal, including use of excruciating methods to kill.

On Thursday, Poroshenko said "military units from the Ukrainian armed forces have been redeployed to the most dangerous directions along the entire line of our border (with Russia) in order to strengthen defensive capabilities."

He urged US-led NATO to send warships to the Black Sea to confront Russia provocatively. He's crazy enough to try anything, believing Washington will bail him out.

His declaration of martial law in areas along Russia's border risks confrontation by accident or design.

Flashpoint conditions in Ukraine are hugely dangerous. It's Washington's call on far it may want to push things.

Given Trump regime hardliners' rage for endless wars and dominance, anything ahead is possible.