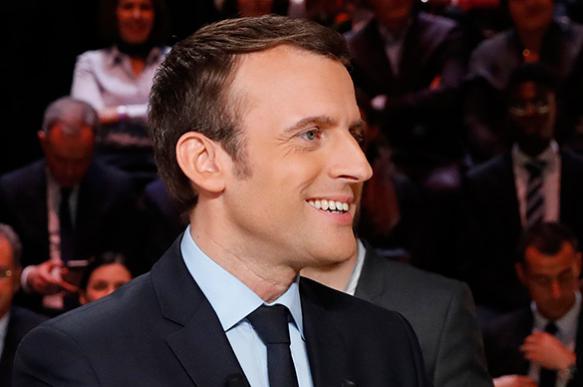 He's a former Rothschild banker/economy minister, a neoliberal reactionary, an establishment president - hostile to liberte, egalite and fraternite for everyone in France, Europe and everywhere else.

He supports US imperial wars, neoliberal harshness, tax cuts for business and the rich, unions serving management, not workers, social injustice, and greater privatizations of state enterprises for maximum corporate profits at the expense of popular rights and needs.

He's Francois Hollande with a new face, same reviled agenda, overwhelmingly opposed - a boon for finance capital and war-profiteers, disastrous for ordinary people, struggling to get by like the counterparts in virtually all Western countries and most others, notably in America, Britain, Israel, and despotic regimes they support.

Despite a parliamentary majority, Macron lacks a popular mandate. According to Marine Le Pen, weak support could undermine the legitimacy of his legislative majority.

As in the US and other Western countries, French democracy is pure fantasy. Pluralism exists in name only. Dirty business as usual is the unwritten law of the land.

Allied with the US, France is involved in endless wars of aggression, ordinary people exploited to benefit the country's monied interests exclusively.

Like other EU countries, the US and Canada, France is a cesspool of criminality, inequality and injustice - a plutocracy run by sinister dark forces.

Throughout the West and most elsewhere, monied interests run things for their own benefit, ordinary people exploited to fatten their bottom line.

When elections are held, dirty business as usual wins every time. Major parties replicate each other, their agendas virtually identical on major issues.

Their privileged class doesn't give a hoot about ordinary people, including the most disadvantaged.

Western nations are unfit and unsafe to live in, fundamental freedoms eroding in plain sight, police state rule replacing them - nonexistent threats invented to distract people from what's most important.

China, Russia and other nations are rising, the West sinking. It's just a matter of time before the US empire goes like all others in history.

Yellow Vest protests in France are all about anger over increasing social inequality, growing millions affected, Macron indifferent to what's most important to the nation's ordinary people, public anger over high fuel taxes symbolic of the overriding issue.

President of the rich Macron's approval rating plunged to barely over 20%. Begun on November 17, Yellow Vest protests continued on Saturday under the banner "All to the Elysee," referring to the Elysee Palace official residence of French presidents.

Tens of thousands of police are out in force in Paris and other French cities - armored vehicles deployed on Parisian streets. Popular landmarks and tourist spots are closed on Saturday in the nation's capital, along with many shops and restaurants in high-traffic areas.

Toughness by authorities energizes people to push harder for equitable change. One sign read "Listen to the anger of the people."

Mayor of the 8th district of Paris Jeanne d'Hauteserre said "(w)e are in a state of insurrection. I've never seen anything like it." Polls show over three-fourths of French people support Yellow Vest protests.

On social media, the weekend protest is billed as "Act IV. Stay on the course," challenging the Macron regime like it probably never imagined was possible when taking office in May 2017.

Macron had a 62% approval rating at the time. Now it's little more than a third that much support, likely sinking lower if protests continue without the regime addressing popular demands.

Activist Taha Bouhafs spoke for others, saying "(t)here is a rising of the people's rage and it's caused by a single reason - the government's policies that only look to take from the poor to keep for the rich."

It's how all Western and most other societies operate. The only way to get their attention for equitable change when other ways fail is by sustained civil disobedience.

Most often, resistance alone can work. Regime change begins at home. The only solution is popular revolution - what's needed throughout the West, in America and Britain most of all.

Since condemning protests at the G20 last Saturday, Macron hasn't spoken in public about what's going on.

Scheduled to address the nation in days, it's unclear how he intends handling his most serious crisis since taking office.

Anything less than accommodating legitimate demands will likely encourage mass protests to continue.

In May and June 1968, millions of French workers, students, and others demanded revolutionary change under the slogan "Be realistic. Demand the impossible!"

The same revolutionary spirit is vital today in France, throughout the West, and elsewhere. Change is only possible when activists demand no less.