"We have every right to impose sharia here in Belgium, in the way we want." In a cafe in the city, the beating heart of Europe, Abdelhay Bakkali Tahiri - president of the Islam party and a candidate for municipal elections - tells the Eyes of War his proposals for a "fairer country". Along with him, there is also the vice-president of the movement, Talal Magri. When I enter the room they get up and hint to meet me, but once face-to-face, they do not reach out to shake my hand. A non-gesture that leaves me somewhat banned. But let's continue. Tahiri is a mayoral candidate, while Magri will present himself to the European elections in May. "We are not afraid to say that we want to impose sharia, because Sharia is 80% compatible with the Constitution", explains the president. "And all this has nothing to do with the Islamic State or cutting heads etc ... Sharia means unity and solidarity" he says. All and nothing, then. 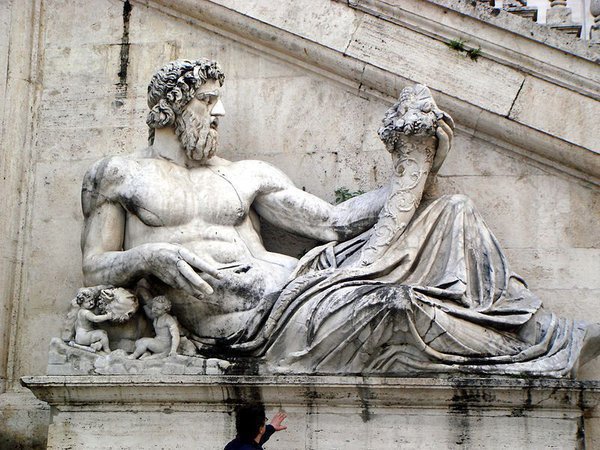 The party was born in 2012 and today has three elected representatives in different municipal councils of the European capital. In the presentation flyer, we read that to push some citizens to reunite and to found the movement was "the inhumanity" that is breathed in the Country: "The mentality of our leaders must evolve so that they accept that we can be both Belgians and Muslims at the same time". They want Belgium to become "the heart of the world" and not just of Europe. A country in which even Muslims can dictate rules. Their rules. Such as the fact of proposing the segregation of women on public transport. "Many women report harassment every day in buses and subways. This is why we believe that in order to help the most fragile women there must be this division."

Their proposals revolve around the word sharia. "Sharia is not only the unity of God. It is the unity of all. This is why I think it is absurd for a city like Brussels to be divided into 19 municipalities", Tahiri says. And always on the flyer-poster reads: "Why Muslim holidays are subject to controversy? Could not they also attract tourists and investors to our big cities, just like for Christian holidays?"

Only a few days ago, the party's founder, Redouane Ahrouch, made a prediction: "Brussels will be a Muslim majority in 2030", he told to the agency Adnkronos. "33% of the population - he adds - is of Islamic religion. About 1.2 million inhabitants, there are about 400 thousand Muslims. In 12 years, in 2030 we will be a total of 1.3-1.4 million and we will be the majority."

It is not known if this prediction is correct. However, despite the bipartisan discontent with the movement, their objective remains clear: to affirm to all effects an Islamic nation in the capital country of the European Union.

"If there is equality between men and women? No, there is not." In front of a coffee - and in front of a woman - the vice-president of the Islam party, Talal Magri, does not mind to say how he thinks. He does not even make many rounds of words. The equality between men and women, for him and for them, does not exist. Period. We are in Brussels, the beating heart of the European Union.

When I enter the room, the two members of the party - one runs for the municipal elections on October 14 and the other for the European elections - get up to welcome me. The hand, however, do not hold it to me. We sit down and tell me what is the political line of their movement. "I am not afraid to say that we want to establish sharia here in Belgium", President Abdelhay Bakkali Tahiri says.

We continue to talk and, without even the need to tack on the subject, we end up on the topic of gender equality. "There is no equality between men and women. I do not believe this", Magri says. "But I believe in justice between men and women", he points out. Then, looking me straight in the eye, he asks me how to justify his point of view: "Do you think you can run like a man?" An exit that does not even deserve to be commented. At this point, Tahiri intervenes in the speech. With some philosophical references, he explains that according to their culture not only gender equality doesn't exists, but neither does that between woman and wife. "One point is being a wife and an other is being a woman. Not all women are wives. And who is not, remains a woman."

Moreover, a few months ago, the founder of the party and city councilor in Anderlecht (Brussels), Redouane Ahrouch, had made a scandal. During a program on the electoral campaign broadcast by the Belgian network RTL refused to look into the eyes of a journalist. "Do not you look at Mrs. Praet while she talks to you?" The presenter asked him. His answer? "No, I listen". The journalist, of course, felt very offended. But it does not end here. On the same occasion, Ahrouch refused to be put on by a woman in the studio and to shake hands with the candidates on the spot.

Let's go back to the present. The leader of the Islam party, then, talks about some proposals of their movement. In fact, the project does not lack the intention to segregate women in public transport. "There are many complaints about harassment, so we would have to place women in special reserved buses", he concludes.