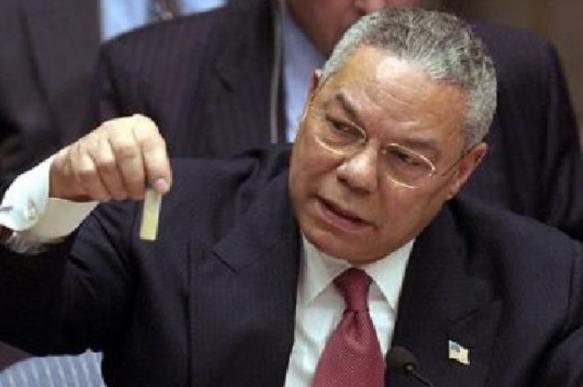 A year ago I asked if 2018 would bring greater US-led fire and fury. Raging endlessly, it didn't let up, the same likely for the year ahead. Looking back over the past 12 months, it's hard finding anything positive about Washington's agenda.

Republicans and undemocratic Dems are in lockstep for wars that won't end in our lifetime, disdaining world peace, serving privileged interests exclusively, uncaring about ordinary people.

Looking ahead, things are likely to worsen, not improve. Russophobic rage risks possible nuclear war with the country. The same goes for China and Iran, all three countries on Washington's target list for regime change.

"In the United States, the economy continued to grow, wages increased, and unemployment fell to its lowest level (3.7 percent) since 1969."

According to Shadowstats economist John Williams, "(h)ints of a recession-driven shift in Federal Reserve policy intensify risks of major financial-market upheaval in 2019."

More significant is the majority of way underemployed Americans, earning poverty or sub-poverty wages, along with few or no benefits. Most households need two or more jobs to survive, rotten ones alone when available.

WaPo raved about what it called the highest midterm voter turnout "in a century." It was an unimpressive 49.3%. Most often it's 40% or less in off-year elections.

WaPo failed to explain what's most important. Democracy in America is pure fantasy. Voters have no say over how they're governed.

War party-duopoly rule with two hard-right wings runs things. Each new regime is more is more extremist than its predecessors. WaPo and other major Western media suppress what's most important to report.

WaPo: "(V)oters sent an unusually diverse group to Congress. More than 100 women were elected to the House, easily breaking a record, and they included two Native Americans, the first Muslim women elected to Congress, and immigrants and children of immigrants."

Fact: What matters is how congressional members vote, what they stand for - not their gender, ethnic roots, or religion.

There's virtually no chance for governance the way it should be under the new Congress convening in January - serving all America's equitably, not just the privileged few the way it's always been, today far worse than earlier.

WaPo: "Authoritarian governments were on the march, and the United States retreated from the promotion of human rights."

Fact: Throughout its history, US ruling authorities never promoted human rights at home or abroad. "The essential human desire for freedom and dignity" WaPo cited is thwarted in America and most other countries, notably in ones the US supports.

Its editors failed to explain that rare exceptions like the above examples prove the rule. Wealth, power and privileged interests run America, nearly always remaining unaccountable no matter what they do. Ordinary people pay the price for their wrongdoing.

WaPo: Mattis' letter of resignation personified public service at its best." Like most current and former US officials, he's an unindicted war criminal, a thug as field commander and war secretary.

He once admitted "(i)t's fun to shoot some people," adding he "like(s) brawling," separately turning truth on its head about Russia, China, Iran, and other nations the US targets for regime change.

Like other major media scoundrels, WaPo is part of the problem for supporting US policies responsible for harming ordinary people everywhere.

Operating as a CIA house organ compounds its offensiveness.