Resisting Tyranny in the New Year

It’s scourge threatens everyone everywhere, its diabolical agenda hostile to peace, equity and justice, to the public welfare, we the people meaning the privileged class exclusively, ordinary people exploited, not served.

The rage of ruling authorities in America and its junior partners to dominate and exploit aims to transform all countries into ruler-serf societies, unsafe and unfit to live in - Washington rules overriding international and sovereign state laws, US-controlled NATO operating as a global military, manufactured crises unjustifiably justifying endless wars against invented enemies, nonbelievers eliminated.

When governments fail their people, the way things are today in the West and elsewhere globally, they forfeit their right to rule, civil disobedience an essential tool to invoke for change, popular revolution the only solution.

Nothing else can work. Martin Luther King once said that disobeying unjust laws, accepting punishment, arousing public awareness through nonviolent civil disobedience “express(es) the highest respect for law” the way it should be, serving everyone equitably, adding:

“(N)on-cooperation with evil is as much a moral obligation as is cooperation with good.” He championed “creative protest,” believing passivity is no option in the face of injustice.

“The only obligation which I have a right to assume is to do at any time what I think right.”

“All men recognize the right of revolution; that is, the right to refuse allegiance to, and to resist, the government, when its tyranny or its inefficiency are great and unendurable.”

“Unjust laws exist; shall we be content to obey them, or shall we endeavor to amend them, and obey them until we have succeeded, or shall we transgress them at once?”

The state “is not armed with superior wit or honesty, but with superior physical strength. I was not born to be forced. I will breathe after my own fashion…They can only force me to obey a higher law than I.”

Thoreau argued that no one is obligated to surrender their conscience to injustice. What’s fundamentally wrong should be challenged for change.

People have power when they use it, challenging unjust authority a duty, the only way to change the wrongs of ruling authorities.

Electoral participation doesn’t work, voting a waste of time in the West and most elsewhere. Dirty business as usual always wins, notably in America, a money-controlled one-party state with two extremist right wings, pretending otherwise - a fantasy democracy, not the real thing.

Legislators serve powerful interests, laws enacted to serve them. Dominant media support what demands condemnation. Accountability to all segments of society is absent.

Over half of the US electorate abstaining from exercising their franchise is testimony to their powerlessness over how they’re ill-served by ruling authorities in Washington.

Throwing out bums for new ones each election cycle assures when things change they stay the same, the way it is in America, the West, Israel, and elsewhere.

Entrenched power yields nothing unless forced. It’s true in the public and private sectors. Years of labor organizing against long odds in America, taking to the streets, sustaining strikes, boycotts, and other work stoppages, battling monied interests, putting rank-and-file lives on the line for equitable treatment won important labor rights.

When energy waned and union bosses sold out to management, virtually everything gained was lost, organized labor today a shadow of its long ago peak strength.

The same holds in all segments of society, government and the courts in cahoots with dominant monied interests at the expense of ordinary people in America and elsewhere.

Failing to resist what’s intolerable assures unacceptable conditions steadily worsening. Challenging authority is needed, in America most of all.

It’s no simple task at a time when government is the handmaiden of business, public and private corruption extreme, electoral politics deeply flawed, along with growing tyranny, heading toward becoming full-blown if not challenged by popular upheaval, collective resistance, civil disobedience - in big cities and small, urban and rural areas, sustaining a movement for revolutionary change.

It’s unattainable any other way. American exceptionalism, moral superiority, and the indispensable state don’t exist - an increasingly totalitarian plutocracy, not a democracy, permanently at war against invented enemies.

Full-blown tyranny may be another major homeland false flag away, another 9/11 type incident, martial law instituted on the phony pretext of protecting national security at a time the nation’s only threats are invented ones.

As long as dark forces running America go unchallenged, their rage for dominance may doom us all - by enslavement, nuclear armageddon, or ecocide.

The only solution is popular revolution, challenging authority, refusing to accept the unacceptable, defying the status quo for peace, equity and justice for everyone everywhere.

There’s no alternative to living free and safe - polar opposite how things are today.

America is far and away the most egregious human rights offender in world history, harming more people globally over a longer duration than any other nation.

If not challenged and stopped, we all may be doomed. 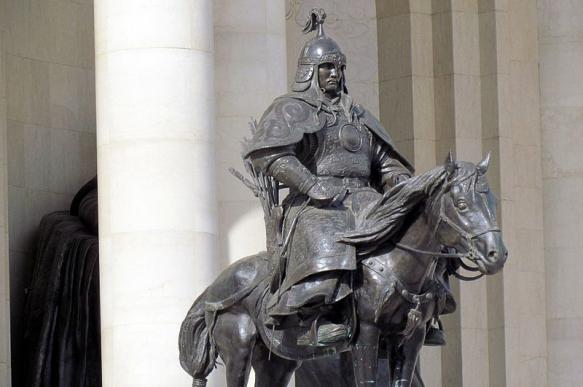