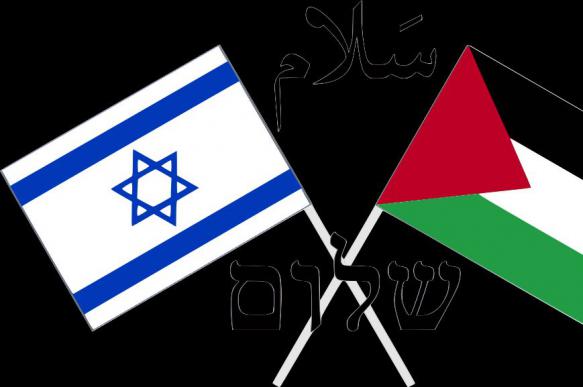 The Jewish state gives chutzpah new meaning. It seeks $250 billion from seven Arab states and Iran in connection to its theft of historic Palestine - one of history's great crimes.

It took 78% in 1948, the Palestinian Nakba, the remainder in June 1967, including the West Bank, Gaza, and Jerusalem, the UN-declared international city, illegally occupied by Israel, illegally declared its exclusive capital.

It's reinventing history, blaming countries it attacked and other regional ones for its illegal 1948 and 1967 land grabs - demanding they compensate Jews for the loss of property, assets and other possessions they left behind in Arab countries because of war the Jewish state waged against neighboring ones.

What Ilan Pappe described as "the ethnic cleaning of Palestine in 1948," Edward Said called its "holocaust," saying:

"Every human calamity is different, but there is value in seeing analogies and perhaps hidden similarities." He called Nazi extermination "the lowest point of (Jewish) collective existence."

Occupied Palestinians "are as powerless as Jews were" under Hitler, devastated by "power used for evil purposes" subjugating them, denying their fundamental rights - compensation due THEM from the Jewish state, NOT the other way around, NOT from countries harmed by Israeli high crimes, ongoing endlessly with full support and encouragement from the US and West.

Israel's claim for $250 billion in compensation from other countries would be laughable if the high crimes leading to its creation and throughout its existence weren't so serious - as pure evil as what Nazis did to Jews.

The Nakba was one of history's great crimes, state terror on a massive scale against an entire population.

Israel's 1967 six-day war was planned "16 years in advance," according to IDF general Mordechai Hod, saying "(w)e lived with the plan. We slept on the plan. We ate the plan. Constantly we perfected it."

It was all about stealing the remaining 22% of historic Palestine not taken in 1948, including East Jerusalem.

It had nothing to do with self-defense to avoid annihilation, the falsified claim at the time - later debunked by PM Menachem Begin and IDF generals, admitting Israel faced no threats from Arab states.

General Haim Barlev later said "(w)e were not threatened with genocide on the eve of the six-day war, and we had never thought of such a possibility."

The world community did nothing to intervene against Israeli aggression, nor at any time throughout the Jewish state's existence.

Militarism, institutionalized racism, and apartheid rule define the state of Israel, its young (male and female) children indoctrinated to be warriors.

Militarized education begins in kindergarten, at home, and in all other aspects of society - the line between military and civil society blurred.

Children are taught to believe Palestinians must be subjugated, violence against them OK, along with destroying their property and killing them - notions ingrained in developing minds before they're able to understand how they're manipulated.

They're taught to believe Arabs are inferior and Palestinians are enemies, military service essential, wars and other forms of violence natural, peace unattainable.

The history of the Jewish state isn't pretty. Over half a century of illegal occupation continues. Israel aims to steal all valued parts of Judea and Samaria.

Its plan calls for confining Palestinians in isolated cantons on worthless scrubland, militarized rule controlling virtually all aspects of their lives, endless war against them continuing without declaring it.

The world community remains dismissive about what's been going on for decades. The lives, rights and welfare of millions of Palestinians don't matter.

Israeli law demands any no-peace/peace deal with Palestinians must compensate the Jewish exodus from Arab countries as explained above.

Palestinians are the aggrieved, not Jews. They warrant major compensation for Israel's theft of their homeland, private property, and other possessions - along with damages for loss of their fundamental rights, illegal occupation, and brutalized treatment.

For over half a century, Palestinians have endured institutionalized Israeli persecution with no power over their daily lives, along with virtually every imaginable form of indignity.

Living under brutalizing occupation, they face daily state terror, economic strangulation, collective punishment, denial of their fundamental rights affirmed under international law, arrest and imprisonment without just cause, torture, assassinations, bulldozing of their home, crops and orchards, along with daily assaults on their dignity for being Arabs in a Jewish state.

With no power to resist, they're denied redress in international tribunals dismissive of their rights. Endless misery defines their daily lives.

THEY deserve compensation for over half a century of conflict, illegal occupation, dispossession, and forever immiseration, no end of it in sight - no justice unless and until their suffering ends, their fundamental rights restored.

The history of Occupied Palestine is the triumph of wrong over right, a festering injustice, an entire people harmed, no end to their suffering in sight, no interest in their rights and welfare by the world community.