US Economic War on China 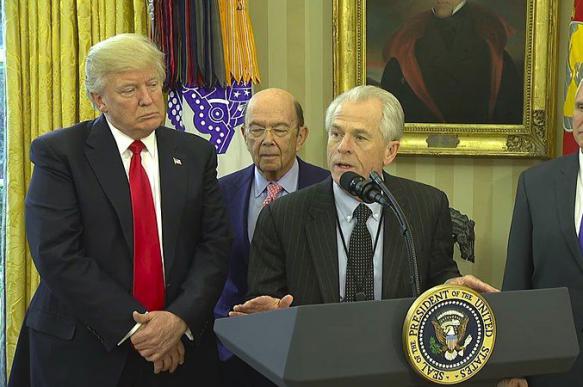 For Republicans and undemocratic Dems, China poses an existential threat to US global economic dominance, including the advancement of its Indo-Pacific military footprint.

It's what Cold War 2.0 politics is all about - containing, weakening, and isolating adversaries, endless wars the favored US strategy, its war-profiteering military, industrial, security, media complex demands it.

The Bush I, Bill and Hillary Clinton, Bush II/Cheney, Obama, and Trump doctrines are one in the same geopolitically - not a dime's worth of difference among them.

Bush I's new world order was all about advancing America's imperium after Soviet Russia dissolved, presented in a September 11, 1990 address to a joint congressional session.

Following his January/February 1991 Gulf War/weeks-long walkover aggression against Iraq, he shamefully said "(i)t's a proud day for America - and, by God, we've kicked the Vietnam syndrome once and for all" - referring to 1960s and 70s nationwide anti-war opposition, what's absent today.

Since the Obama regime's aggression against Libya's Muammar Gaddafi, Washington largely used jihadist proxies to do its killing and dying on the ground - supported by US terror-bombing.

Muckraking journalist IF Stone was way ahead of his time in 1970, saying "White House briefers speak of abandoning our world policeman role, but the alternative they offer is...imperialism by proxy...(W)e handle the...airpower while (mercenaries) do the killing on the ground."

He thought Asian or other "coolies" would comprise US proxy forces - long before Washington created ISIS, al-Qaeda, and other jihadist groups, deploying them globally as imperial foot soldiers.

US economic, financial, sanctions, and trade wars can be as devastating as military force - China, Russia and Iran Washington's prime targets.

Part of its anti-China strategy includes targeting its dominant companies, ones able to match or outdo America's best for preeminence in key fields, notably high-tech ones.

Canada serve as a US proxy, doing its dirty work by arresting and detaining her without just cause, threatening to extradite her to America over allegations of violating illegal Trump regime sanctions on Iran - what no nations, enterprises and individuals should observe.

The action against Meng was politically and economically motivated. She remains under house arrest in Vancouver until her case is resolved one way or the other.

On Thursday, the Wall Street Journal reported that the Trump regime blocked Huawei's US subsidiary, Futurewei Technologies, from exporting technology developed in the US back to the mainland - another hostile act.

Trump's Commerce Department blocked the renewal of its export license, "according to people familiar with the matter and documents reviewed by The Wall Street Journal," it said, adding:

"The department said in a June letter to Futurewei that it intends to deny its application to renew the license, citing national security concerns..."

It's the same fabricated pretext cited time and again for US actions, concealing what's really going on, in this case aiming to harm China economically by targeting one of its dominant, technologically cutting-edge enterprises.

Harming its business gives US ones a leg up, that's what targeting Huawei is all about, unrelated to its doing anything improper or unlawful.

Beijing is keenly aware of what's going on, unlikely to let it pass without appropriately retaliating.

Separately according to the Journal, US colonized Poland arrested and detained Huawei's sales director in the country, its HQ for Central and Eastern Europe - the Warsaw regime likely acting on orders from Washington, more of the same hardball tactics likely coming elsewhere.

"Officers of Poland's counterintelligence agency this week searched the local Huawei office, leaving with documents and electronic data, as well as the home of the Chinese national, Poland's state-owned broadcaster reported Friday," the Journal reported, adding:

"The individual wasn't named, but was identified as a graduate of one of China's top intelligence schools, as well as a former employee of the Chinese consulate in the port city of Gdansk."

"People familiar with the matter identified him as Weijing Wang. He is known in Poland as Stanislaw Wang..."

In response to Canada acting as a US proxy against Meng, China arrested and detained several Canadian nationals. It expressed "grave concerns" over what happened in Poland. It'll take more than rhetorical anger to effectively challenge what's going on.

Beijing would be best served by targeting the source of hostile actions against its enterprises - by going after US companies and their officials in China the same way.

I've stressed time and again that the only language Washington understands is toughness. It's high time China, Russia, and Iran gave the Trump regime a taste of its own medicine.

Huawei earlier and again following the Poland incident said it fully complies with laws and regulations in countries where it operates.

Success in competing with dominant US companies got Huawei targeted. Lots more toughness against the company, its officials, and other large Chinese enterprises are likely coming.

Beijing's only option is to hit back hard. Its enemy is headquartered in Washington. Its ammunition should be largely directed at US corporate operations in its homeland.