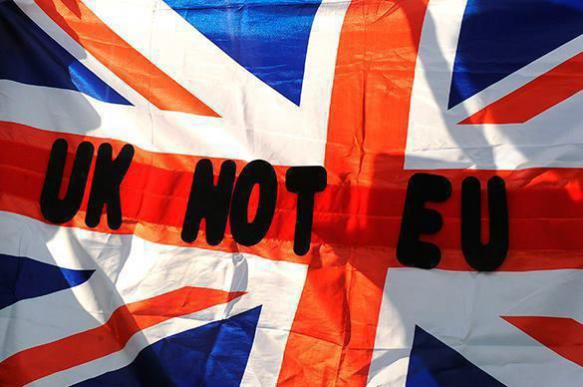 Tuesday, January 15, at Westminster will long be remembered, a historic day, one for the record books.

Defeat of her no-deal/deal was certain ahead of Tuesday's vote. The only uncertainty was by how much. The overwhelming margin surprised some observers - including 118 Tories opposing it from the party's Leave and Remain wings.

Over two-and-a-half years since a majority of Britain's electorate voted to leave the EU were wasted. The union was and remains a CIA-created construct, Western European countries agreeing to subordinate their sovereignty to America.

In the 17th and 18th centuries, 13 US states were UK colonies, an intolerable arrangement - ended when America's constitutional framers declared their independence from Britain on July 4, 1776.

Now it's the other way around. Post-WW II, 28 Western European countries became US colonies, controlled by Washington, what none of them should have agreed to, betraying their people.

Leaving the union, dissolving it altogether, should be a no-brainer. No sitting governments should allow a foreign authority to control their affairs on vital issues.

After the Soviet Union dissolved in December 1991, all Western and most Eastern European countries became virtual US colonies, the shame of their authorities for going this way - agreeing to go along with Washington's aim to subordinate the sovereignty of all nations worldwide to its own.

After Tuesday's vote, where things go from here in Britain is uncertain. At least five factions in parliament have different views on whether to leave or not to leave the EU, including on what terms by Brexit supporters.

A majority for one way doesn't exist. No Brexit may follow, or delaying a resolution of the issue months longer, perhaps a second referendum later this year.

A previous article explained that Theresa May only pretended to support Brexit publicly, an idea she opposed instead.

Her earlier remarks about "Brexit means Brexit." Britain won't remain "half-in (and) half-out" of the EU were hollow.

Mostly in and partly out is precisely what she agreed to with Brussels, opposite of what Britain's electorate voted for, a colossal betrayal while pretending otherwise.

In 2016 as home secretary, she stated her real position on Brexit, saying "the economic arguments are clear...(B)eing part of a 500-million trading bloc is significant for us."

"...(A) lot of people will invest here in the UK because it is the UK in Europe...(T)here...are definite benefits for us in economic terms."

"There are definitely things we can do as members of the European Union that I think keep us more safe."

Her real position as home secretary revealed her sham one as PM, pretending to support what she opposed, why she delayed resolution of the issue for over two-and-a-half years, then capitulated to Brussels' demands - a clear attempt to keep Britain largely in the EU.

"This is a catastrophic defeat. The house has delivered its verdict on her deal. Delay and denial has reached the end of the line."

A new election is possible but unlikely. Most often following the type of parliamentary defeat occurring on Tuesday, a sitting PM would resign.

For now at least, May intends to press on despite having no plan B. She'll hold meetings with senior parliamentarians from all parties to "identify what would be required to secure the backing of the house," she announced, what hasn't happened since June 2016, what's most unlikely ahead.

It's unclear when she'll head to Brussels. It's very clear she'll get no more than minor concessions, most likely none at all, surely nothing to make a difference in how things stand now.

She pretends to support Brexit she opposed all along. Early next week, she'll announce her intentions going forward. There's no better deal awaiting her in Brussels that former foreign minister Boris Johnson urged her to seek.

As of now, Britain faces a March 29 deadline on whether to leave, with or without a deal, or stay in the EU. The European Court of Justice ruled that the UK can cancel the Lisbon Treaty's Article 50 process unilaterally, or it can be extended if all 28 EU member-states agree.

The Treaty states that "(a)ny Member State may decide to withdraw from the Union in accordance with its own constitutional requirements."

May earlier said MPs have a choice between her deal or "no Brexit at all." Both options offered no-deal based on what she and Brussels agreed to.

Corbyn wants a general election. If held and Labor wins, he'll renegotiate a new Brexit deal with Brussels, he said. The March 29 deadline would need to be extended under this arrangement.

If unable to get a general election, Corbyn supports a second referendum, exactly how the issue would be put to voters not indicated so far.

May's no-deal/deal is dead. The fullness of time will reveal what'll be presented to replace it. As of now, it's very uncertain how things will play out.