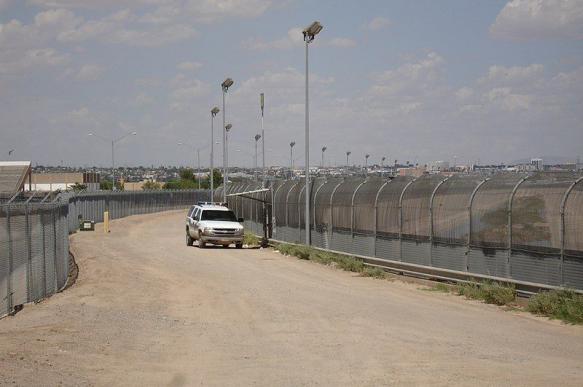 The great US southern border crisis is a colossal hoax - a distraction from real issues, causing enormous harm to countless millions of people at home and abroad, notably endless wars on humanity and neoliberal harshness, their impact on ordinary people largely ignored by establishment media.

House and Senate passed legislation on Thursday includes $1.375 billion for 55-miles of steel-post fencing along the southern border with Mexico.

Nearly $50 billion is earmarked for the Department of Homeland Security (DHS), including for Immigration and Customs Enforcement (ICE), around $750 million for unwanted alien detention centers.

Another 600 more ICE and border protection officers will be hired, along with 75 more immigration judge teams.

It empowers the president to invoke certain special powers during a crisis, not the case along the southern border, an invented one alone. Congress can override the executive with a veto-proof majority vote.

The 1977 International Emergency Economic Powers Act falls under the NEA. Since 1976, 58 national emergencies were declared, 31 one renewed annually despite no foreign or other threats to the nation warranting this action.

Executive powers under NEA legislation have been largely invoked for political reasons, many relating to trade with independent sovereign states designated for regime change.

Under the NEA, Trump has legal authority to declare a national emergency under crisis conditions. Nothing of the kind exists along the US southern border with Mexico.

Declaring an emergency for border wall construction is a constitutional violation. By email, Law Professor Francis Boyle explained the following:

"While establishment Democrats are eyeing various legal challenges to the possibility that Trump will declare a national emergency to get around Congress not agreeing on as much funding for a border wall as he would like, the most direct remedy is impeachment."

"A Bill of Impeachment could consist of articles including for (1) violating Article 1, Section 7 of the United States Constitution: 'All Bills for raising Revenue shall originate in the House of Representatives...' "

"(2) Article 1, Section 8 of the Constitution: 'No Money shall be drawn from the Treasury, but in Consequence of Appropriations made by Law...' (3) It also violates the Federal Anti-Deficiency Statute."

"This should be initiated immediately. All you need is one brave member of the US House of Representatives to meaningfully assert that body's Power of the Purse."

"Trump's indications that he will override that legislative power and the seeming acquiescence by some Democrats is illegitimate and dangerous and subverts a fundamental premise of the Constitution."

The Constitution's Article I, Section 2 empowers House members to impeach a sitting president, Senate members with sole power to try them.

Article II, Section 4 states "(t)he President, Vice President and all civil officers of the United States, shall be removed from office on impeachment for, and conviction of, treason, bribery, or other high crimes and misdemeanors."

If majority House Dems impeach Trump for any reasons, including for border wall construction when no national emergency along the southern border with Mexico exists, trial by Senate-controlled Republicans can, and no doubt will, prevent his removal from office - a two-thirds super-majority required to convict.

There's virtually no chance of Trump's impeachment by either constitutional procedure over border wall construction.

His only concern is over possible political fallout for his action. Polls show voters oppose his demand for border wall funding - registered Republicans strongly in favor, their Dem counterparts overwhelmingly against.

It's a long time to November 2020, other issues in the presidential campaign next year likely to resonate much more strongly with voters than to build or not to build a southern border wall - notably pocketbook ones and healthcare.

Note: As of now, Trump is scheduled to announce his declaration of emergency powers for border wall construction at 10:00 AM Eastern Standard Time Friday in the White House Rose Garden.