On the ides of March a few weeks from now, US aggression in Syria to gain another imperial trophy will enter its 9th year 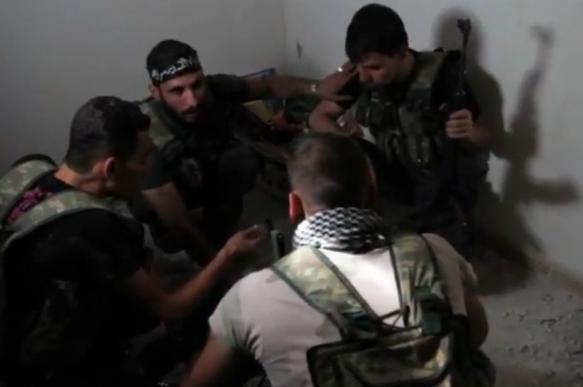 On the ides of March a few weeks from now, US aggression in Syria to gain another imperial trophy will enter its 9th year - with no prospect for resolution any time soon because Republicans and undemocratic Dems want endless war and regime change.

There's nothing civil about what's going on, one of many Big Lies about eight years of US orchestrated war, devastating the country and its people.

Mass slaughter and destruction continue daily by Pentagon-led terror-bombing and US supported terrorists.

They're armed with Western and Israeli heavy weapons and munitions, supplied them cross-border from Turkey, Iraq, Jordan and Israel, along with the Pentagon airlifting them in.

By no means does this suggest that peace and stability will be restored to the country any time soon. Reality on the ground is polar opposite.

Begun in 2012, Russian-led diplomatic efforts in Geneva, Astana and Sochi achieved no major breakthroughs because Washington intends forever war in the country.

Afghanistan and Yemen are co-prototypes of ongoing US wars - both begun in October 2001 weeks apart, continuing endlessly with no prospects for resolution any time in the short or intermediate term - why I call them forever wars.

It's the legacy of all post-9/11 US wars, a pretext for spending countless trillions of dollars on militarism and warmaking, accounting for the large majority of US discretionary spending at the expense of vital social programs, the nation's deteriorating infrastructure, and other homeland needs.

The US, NATO, Turkey, the Saudis, Israel, the UAE and Jordan support thousands of heavily armed al-Nusra and other jihadists infesting the province.

Last September, Putin and Erdogan agreed on establishing a 15 - 20 km-wide demilitarized zone in Idlib along the Turkish border.

The plan was for Russian and Turkish forces to control it for an interim period, delaying its liberation. Things haven't worked out as planned.

For the past six months, al-Nusra and other jihadists have used Idlib, including the demilitarized zone, as a platform to launch terrorist attacks against Syrian soldiers and civilians.

Erdogan betrayed Putin, agreeing to one thing, doing something entirely different, why six months after what was agreed on, things continue festering without resolution.

Jihadists move freely back and forth cross-border between Syria and Turkey. Holding civilians in the province hostage as human shields, they're a more formidable force now than last summer - heavily armed and prepared for battle.

Putin erred in trusting Erdogan, a tinpot despot hostile to Bashar al-Assad, wanting him ousted. The situation in Idlib is untenable. Liberating the province shouldn't have been delayed.

Sunday is the six month anniversary of what Putin and Erdogan agreed on, followed by the latter's betrayal, one of many reasons why he can never be trusted.

On Saturday at the Munich Security Conference, Sergey Lavrov said "(w)e cannot tolerate forever this hotbed of terrorism (in Idlib), but how to resolve this problem."

"It's up to the military to design a plan in accordance with the international humanitarian law requirements."

Another Russian/Turkish agreement was struck on Thursday, betrayal again by Erdogan most likely to follow, Lavrov saying:

In Sochi, Russia, Iran and Turkey agreed that "the military of Russia and Turkey, with the consent of the Syrian government, would try to establish a step-by-step approach, making several areas of joint patrol inside" Idlib.

Separately, the Trump regime aims to establish a so-called safe zone in Syria's northeast, part of its plan to partition the country - the scheme opposed by Russia, supporting the Syrian Arab Republic's sovereign independence and territorial integrity.

On Friday, hawkish US Senator Lindsey Graham called for deploying EU forces to Syria (over an above numbers already there) - to support Washington's imperial aims in the country he failed to explain.

Erdogan has his own ideas, aiming to establish an illegal 20-mile-deep, 286-mile-long so-called security zone along the length of Turkey's northern border with Syria.

He wants Turkish forces controlling it - part of his scheme to unlawfully occupy, control, and annex Syrian territory, as much as he can get away with grabbing, especially oil-rich areas.

The US came to all countries where its troops are deployed to stay. Erdogan has the same idea for northern Syria.

Endless conflict in the country continues, perhaps for another eight years or longer - in part because of Russia's failure to go all out to liberate Idlib together with Syrian forces.