Omar is polar opposite cookie-cutter establishment pols, going along to get along, supporting what demands condemnation. 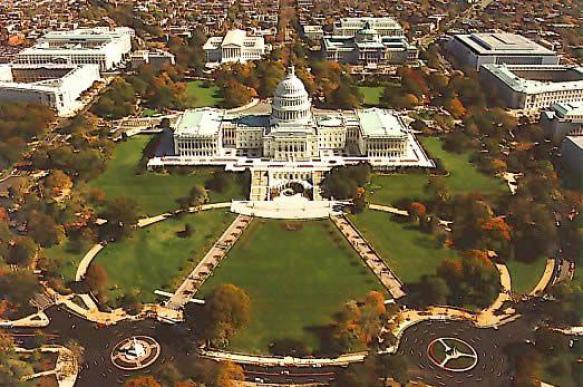 Though way too early to judge her after barely over two months in Congress, her forthright outspokenness is encouraging. Her voting record longer-term remains to be seen. So far it's somewhat mixed - though largely on the right side of issues.

She supported what demanded rejection - HR 676, the NATO Support Act, banning use of federal funds for withdrawal, requiring the US to remain a member in good standing, prohibiting withdrawal from the alliance, a killing machine used by Washington to rape and destroy nations.

She backed HJ Res. 30, opposing executive actions with regard to (illegal) sanctions on Russia. The Security Council alone may legally impose them on nations, not individual states against others.

Along with other House members, she condemned Trump regime efforts to undermine Puerto Rico's recovery from devastation caused by Hurricane Maria, striking the island in September 2017.

She supported HR 790 - the  Federal Civilian Workforce Pay Raise Fairness Act of 2019, calling for a 2.6% increase for federal employees.

She co-sponsored HJ Res. 37, calling for removal of US (special) forces from Yemen within 30 days of enactment of the legislation.

She co-sponsored HJ Res. 46 - opposing Trump's Feb.15, 2019-declared national emergency along the US/Mexico border when none exists. The measure calls for terminating it.

In a letter to Mike Pompeo, she and other signatories "express(ed) deep concern about credible reports that Saudi Arabia and the United Arab Emirates have transferred US-origin military equipment and weapons to al-Qaeda-linked terrorist groups in Yemen in direct violation of existing arms agreements with the US" - backed by Trump regime hardliners.

Her website bio explained she's a Somalia national. Her family fled the country (targeted by the US for decades) when she was age-eight.

They lived in a Kenya refugee camp for four years before emigrating to the US, settling in a Minneapolis suburb.

Omar's interest in politics began at age-14. In high school, she was an "organizer" and "coalition builder," at the University of Minnesota, a "community educator" involved in "progressive activis(m)."

She's one of two Muslim women in the House (along with Rashida Tlaib), the first two ever, the first Somali/American congresswoman.

In 2016, Omar was the first female Muslim legislator in the US, serving as a Minnesota state representative.

As a Minnesota state legislator, she served on committees relating to civil law, higher education, as well as state policy and finance.

She chaired the state's Young Women's Initiative, along with serving as Policy, Women Organizing Women director, Child  Nutrition Outreach Coordinator, and Community Nutrition Educator at the University of Minnesota.

She opposes Trump's ban on Muslims from the wrong countries. A recipient of numerous awards for public service, she supports world peace, equity and justice.

"We must end the state of continuous war, as these wars have made us less safe...(W)e are currently in the midst of an extreme global migration crisis."

"Meanwhile at home, there have been increasingly cuts to spending on healthcare, infrastructure, education, and housing."

"We must scale back US military activities, and reinvest our expansive military budget back into our communities...(in) healthcare, education, housing, jobs, clean energy, and infrastructure."

"We are currently engaged in a number of wars that have no end in sight-Iraq, Afghanistan, Syria, Libya, Yemen, and Somalia."

She omitted US involvement in Israeli wars on Palestinians and neighboring countries, along with intermittent Ukraine war on Donbass.

US "wars have destabilized regions, created massive humanitarian crises, and continue to hurt our image across the world. We must end these wars."

She called for "repeal(ing) harmful sanctions...oppos(ing) all US intervention(s) into" other countries. She tweeted the following on Venezuela:

"A US backed coup in (the country) is not a solution to the dire issues they face. Trump's efforts to install a far right opposition will only incite violence and further destabilize the region. We must support (efforts) to facilitate a peaceful dialogue."

She outspokenly backs Palestinian rights, criticizing Israeli apartheid viciousness, falsely called anti-Semitic for being on the right side of this issue.

"I will use my voice in Congress and work with communities on the ground to center the ultimate goal of (Palestinian) self-determination and peace," she said.

She supports Palestinians "demanding an end to the occupation of the West Bank, East Jerusalem, and end the siege of Gaza...oppos(ing) the killing of civilians in Gaza and the expansion of settlements into the West Bank" and East Jerusalem.

Omar and scant few others are voices in the wilderness among House and Senate members.

The vast majority support dirty business as usual, opposing what she backs and promotes.

The power of AIPAC and other big money already targeted her for elimination, sure to challenge her in 2020 and future elections if she retains her seat next November. That's how the dirty system works.

Note: Omar was quoted accusing Obama of "murder," adding he hid behind a "pretty face and the smile." He stood for the status quo, not real "hope and change."

"We don't want anybody to get away with murder because they are polished. We want to recognize the actual policies that are behind the pretty face and the smile."

She then backtracked, claiming her remarks were distorted, saying "I'm an Obama fan."

She got it right the first time if quoted accurately, no need to apologize for the hard truth.