Desperate Netanyahu May Have Another War in Mind to Retain Power

Netanyahu faces a double threat - possible defeat at the polls in April and/or conviction and imprisonment on charges of bribery, breach of trust and fraud. Strong evidence may take him down.

He’ll be formally indicted by Attorney General  Avichai Mandelblit once a required hearing is held – possibly not until after April 9 elections – called by Netanyahu, believing he’d be reelected, hoping a mandate would save him.

When in serious trouble, strategy often dictates changing the subject. Undeclared Israeli war on Gaza has raged for the past year, causing around 250 Palestinian deaths, over 26,000 wounded, many seriously.

Along with live fire used on peaceful demonstrators threatening no one, frequent land, sea and aerial attacks are launched on defenseless Palestinians - ignored by the world community, Israel able to commit mass murder and much more unaccountably.

Since Thursday, Israeli warplanes terror-bombed the Strip - on the phony pretext of responding to mortar fire and what the Netanyahu regime falsely called “continuing terror activities from the Strip.”

On Thursday, Netanyahu threatened Hamas with a “very vigorous response” over nonexistent cross-border “aggression.” It’s one-way, launched from the Israeli side.

Facing a double threat to remaining in power, he’s likely to take extreme measures. According to the Jerusalem Post, he doesn’t “rule out a major IDF operation in Gaza.”

At his Sunday cabinet meeting, he warned Hamas, saying: “Do not test us. We will do everything we need to do to bring about quiet.”

He lied claiming “we have seen violence by rogue groups from the Gaza Strip, but it does not absolve Hamas. We respond by attacking (its) targets. I heard that people in Gaza are saying that because of our upcoming elections, a large operation won’t happen.”

If threatened with losing power, he may order “a large (no-risk muscle-flexing) operation” to show his macho, Palestinian bloodshed and destruction serving his interests.

Allying with two extremist hate-mongering groups to bolster his coalition was an act of desperation. Critics called the moves “endorsing Jewish fascism,” comparing them to “welcoming the Ku Klux Klan into an American” regime.

According to Haaretz columnist Amir Oren, he “could not care less about his image. (He’s) fighting for survival,” on the ropes, vulnerable to political defeat and/or imprisonment.

A newly formed centrist co-called Blue/White alliance may defeat Likudniks he heads in April. Prosecution and conviction may get him imprisoned.

Maybe he has another Gaza war in mind to change the subject - pre-or-post election. His thinking may be that desperate times call for desperate measures.

Fabricating a pretext for war is simple. Ehud Olmert did it in December 2008. Netanyahu took the step twice - in November 2012, again in July 2014, premeditated naked aggression on defenseless Gazans each time.

Is a fourth war on the Strip coming in the weeks or months ahead? Put nothing past Netanyahu and other Ziofascist extremists running Israel - knowing Big Brother USA supports whatever they do no matter how lawless. 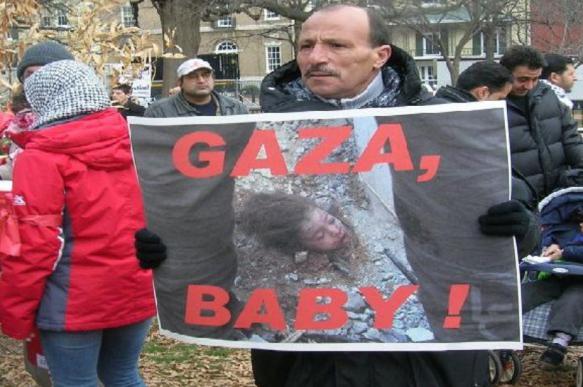