Trump's dead on arrival budget proposal to Congress is all about funding greater militarism and belligerence, along with serving corporate interests and high-net worth households - while gutting vital social programs. 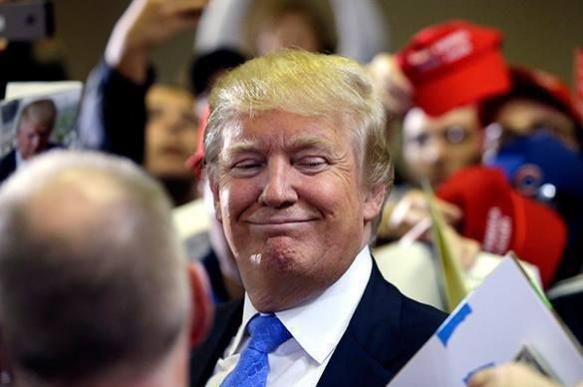 It's a proposal only Wall Street, the military, industrial, security complex, Big Oil, and monied interests could love.

Washington's only enemies are invented ones. No real ones exist. He wants $8.6 billion more for wall construction along the southern border with Mexico.

He wants about $1.5 trillion cut from Medicaid spending in the next decade, $845 million less for Medicare over the same period, $25 billion from Social Security and disability spending, a 9% reduction in non-defense spending across the board - funds shifted to "defense" priorities, corporate handouts, and other initiatives benefitting high-net worth households.

Other proposed cuts over the next decade include $220 billion less for food stamps, $21 billion from Temporary Assistance for Needy Families (TANF), $207 billion less for student loans, along with billions more cut from housing assistance and other social programs.

Note: In February 2017 during his first address to a joint congressional session, Trump pledged "no changes" to Social Security and Medicare.

He said "America must put its own citizens first...Above all else, we will keep our promises to the American people...Our obligation is to serve, protect, and defend the citizens of the United States."

He broke virtually every positive promise made to ordinary Americans, serving monied interests exclusively. His FY 2020 budget proposal calls for more of the same, disdainful of the general welfare he doesn't give a hoot about.

He wants funding for renewable energy initiatives slashed by 70% - from around $2.3 billion to $700 million. He favors eliminating the Office of Energy Efficiency and Renewable Energy altogether, wanting energy innovation left entirely to the private sector at its discretion.

According to the Center on Budget and Policy Priorities, "(e)ach of the past two Trump budgets has targeted benefits and services for individuals and families of modest means for deep cuts, even as it has supported tax cuts conferring large new benefits on those at the top of the income scale," adding:

"If (his proposed FY 2020 budget is) enacted, these cuts would have increased poverty and hardship, leaving more people struggling to afford basics like food and rent."

The type society Trump and hardline ideologues in his regime favor is all about serving privileged interests exclusively, wanting ordinary Americans left on their own sink or swim - social safety net spending abolished in their ideal world.

One way he aims to increase military spending for warmaking is by increasing a so-called overseas operations (slush) fund from $69 billion this year to $165 billion in 2020.

The budget includes $33 billion in greater "defense" spending to counter the "malign influence" of Russia China, Iran, North Korea, and other sovereign independent states. It calls for development of new land-based, sea, and aerial weapons, along with around $10 billion for cybersecurity.

Trump wants increased funding for Immigration and Customs Enforcement (ICE), along with more for Customs and Border Protection.

Article I, section 9, clause 7 of the Constitution states: "No money shall be drawn from the Treasury, but in Consequence of Appropriations made by Law..."

Presidents have veto power over appropriations bills, not so-called line-item authority - so congressional-adopted budgets must be signed into law entirely or vetoed. A two-thirds majority in each house is needed to override it.

Congress and the president have until September 30 (the fiscal year's end) to agree on a budget for the following FY. Often used continuing resolutions keep government funded for a specified time period when agreements aren't reached.

Otherwise, government shutdowns are triggered until bipartisan differences are resolved.

Trump's request for $8.6 billion more for border wall construction alone assures another spending fight if he's unbending on this issue.

According to a senior regime official, his budget proposes "more reductions in spending than any (previous US) president in history" - taking pride in what demands shame.

He "managed to produce a budget request even more untethered from reality than his past two. With such misguided priorities, (his) budget has no chance of garnering the necessary bipartisan support to become law."