A suicide at Juncker's court

"Laura Pignataro committed suicide on December 17th. This senior official of the European Commission's legal service had been forced to defend the unprepared appointment of Martin Selmayr, former chief of staff to Jean-Claude Junker, as secretary general of the institution." 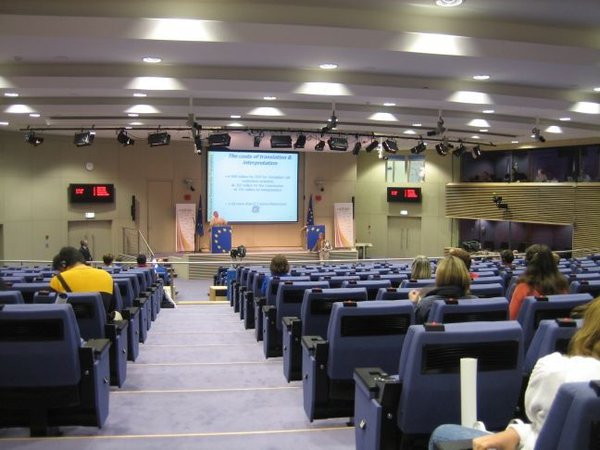 This is followed by a Renaissance court story, poisons and daggers, which the European Commission immediately denied with fury. The trouble is that the author of the scoop is Jean Quatremer, a reporter of renown and undisputed prestige, already in the past, author of scandalous revelations about the Court (of the Miracles) in Brussels, denied just as furiously and then confirmed by the facts.

Laura Pignataro, a 50-year-old Italian jurist, was someone who counted on the "European bubble". Brilliant jurist, daughter of a magistrate, trained in Italy, USA, France and Spain, she was part of the very closed group of top management.

On December 17, at 7.30 am, Laura Pignataro asks Laura B., her friend who has been staying at her home for some time, to accompany her 14-year-old children to the school bus because, she says, she doesn't feel well.

Actually, afterwards, she goes up to the top floor of the building and throws herself downstairs. He dies instantly. Why did this 50-year-old lawyer commit suicide? No one will ever know for sure, because he has not left a word.

Martin Selmay is the German who Merkel has put Juncker's side as a secretary-caregiver and real manager of European matters: authoritarian, arrogant, unscrupulous - but also very competent. In fact, Juncker "he never chaired the cabinet meetings even once" Libération revealed: "and all those who want to access the president, including the heads of State and government, must pass for Selmayr."

Juncker obviously cannot do without him, because a year ago, in March 2018, Selmayr was suddenly appointed General Secretary of the Commission, that is the supreme leader of the "machine", with 33 thousand employees under his orders - who actually maneuvered all the negotiations that Juncker is no longer able to understand.

Selmayr was elevated to that maximum charge in violation of all procedures, bypassing general managers who have primacy, with a Ottoman low court coup that Quatremer has already described [3].

The European Ombudsman declared the appointment illegal; the European Parliament rejected it; Juncker threatened to resign if the Parliament forced Selmayr to resign. The fact is that the whose figure remained where he was not supposed to, confirming that the European Parliament does not count for anything and that those who count in the EU are favorites and plots. Libération now links Pignataro's suicide to the pressures she would have suffered by the Selmayrian gang.

The article is full of significant details of how the Selmayr-Juncker couple tramples the legitimacy of the Commission; which explains the fact that the two have begun to dismantle the legal service, which is inconvenient for them - and with Pignataro, even more. Unprecedented irregularities in Selmayr's ascent to the maximum chair, such that Pignataro, as legal manager, could not pretend to nothing.

Forced to lie to the Ombudsman, then she can't do it and she tells the truth, also delivering emails and documents on the irregularity of the [Juncker's] caregiver strange promotion. Selmayr calls her at night to give her instructions.

"On December 12th, according to the confidences Laura makes to her parents, she says: "I have a wrong career". And then: "I'm finished. You cannot imagine what I have been forced to do these last few weeks." According to this source, Quatremer writes," she looked terrified by Selmayr's hostility". Four days later, she leaps into the void.

The direct superior of Pignataro, the Spanish Luis Romero (who had abandoned her at the mercy of Selmayr, without defending her), learns this during a meeting at 9.25 am. Without saying anything, leave the room.

Neither Selmayr nor Oettinger, the commissioner in charge of the administration, nor Juncker, will deem useful to send condolences to the family, nor to assist (or be represented) in the cremation that takes place on December 21st.

The European executive refuses to say if internal investigations have been conducted about the reasons of the suicide: stress? Bullying? Moral persecution? Questions to ask so much more, as the Legal Service has known six suicides (out of 250 people) in twelve years. "Humanly, the Commission is a horrible place", a manager of the institution confides to Quatremer. Selmayr himself declared in December 2017: "My brutality is greatly exaggerated, while brutality is an integral part of the House."

If we can not say more, it is because - very strangely - Libération's article "doesn't load". The whole text cannot be seen online.

Instead, the furious denial in two languages, immediate (never happened before) by the Commission, namely by Selmayr, loads very well:

"Unacceptable accusations that have nothing to do with the reality of what is a very sad personal story that - out of respect for the victim and his family - should not have place in the public domain. Based on completely incorrect statements."

The accusers are "anonymous", the denial backfires; Quatremer himself said this earlier, explaining that his informants wanted anonymity given the danger of the situation. But the journalist enjoys the panic of those interested and accomplices, sure of his business. We will see in the coming days. Can the scandal spread and interest the judges? A former European Court judge, Franklin Dehousse [4], finds that if certain details are to be discussed, a couple of facts have been confirmed by the Commission itself.

Interestingly that the accusation appears on Libération, the ultra-European newspaper of the Rothschilds; the journalist Quatremer, to publish the article - a full-blown attack on the "German management" of Buxelles, granted the highest authorizations. Could it be the retaliation to the dismissive reply of Vice-Merkel to the EU reform proposal contained in Macron's Napoleonic letter? We will know it in the next episodes. From what little that shines through, the climate of the bureaucratic "Europe" is that of a Heart of Darkness, or of a Renaissance court of plots, poisons, daggers - and deaths.