The Decolonization of Western Sahara: A Saharawi vision of the solution 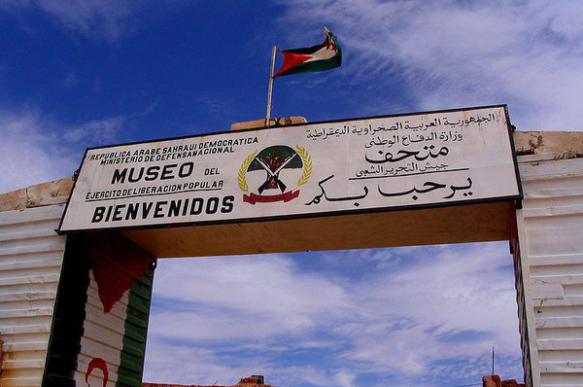 The Moroccan occupation of Western Sahara remains the last case of decolonization in Africa. The Moroccan military invaded the territory on the 31st of October 1975 despite a clear ruling issued by the International Court of Justice a few days before, on the 16th of October of the same year. On the 6th of November 1975, Morocco organized what it called a "Green March" to officially invade the North of Western Sahara moving 350,000 Moroccan settlers to the territory, in complicity with Spain, the colonial power in the territory since 1884.

The United Nations Security Council immediately called on Morocco to withdraw from the territory, but the Moroccan King was strongly backed by France and other Western powers. It was obvious that Morocco was violating not only the UN Charter's principles, such as abstention from "the threat or use of force against the territorial integrity or political independence of any state", but also the African Union Constitutive Act's sacred principle of "respect of borders existing on achievement of independence". This is why both organizations adopted the same position: the rejection of the Moroccan colonial fait accompli, and the insistence on the need to decolonize Western Sahara through a genuine process of self-determination under the auspices of the UN and AU.

Many analyses tend to call for a peaceful and mutually acceptable resolution of this conflict, but sometimes fall short in proposing solutions that would meet the necessary conditions for a just solution.

A "just" solution can never be achieved if the proposals put to the table are in violation of international law. Unfortunately this is what many voices seem to suggest, proposing "solutions" that violate the UN Charter, the AU Constitutive Act and worse, some of the main pillars of modern international law, mainly the right of the people to self-determination, and the sovereignty of the people over their land and resources.

Other proposals, such as the Moroccan "wide autonomy" is simply an attempt to normalize the illegal occupation. The UN never recognized Moroccan sovereignty of any sort over the territory of Western Sahara, and identified Morocco as an occupying force in 2 General Assembly's resolutions. According to international law an occupying power cannot exercise control over the occupied territory. In fact, the occupying power doesn't have the right to change the demographic, economic or political status of the occupied territory, and must respect the rules and principles of international law in its treatment of the people of the occupied land according to the Geneva Convention and to Chapter 11 of the UN Charter among other instruments. In fact, it should not hinder the people's right to self-determination and freedom.

The African Union (formerly known as the Organisation of African Unity [OAU]) went even further. The OAU formally recognized the Saharawi Arab Democratic Republic in 1982 as the legitimate authority in Western Sahara after having paid huge efforts to convince the Moroccan King Hassan II to end this act of aggression against its neighbors. The African Union seeks to bring the two member States, Morocco and the Saharawi Republic, to negotiate under the auspices of the UN without preconditions so as to reach a solution that would end this conflict.

What norms for what solution?

The International Court of Justice's opinion of 1975 indicated that the native Sahrawi people of Western Sahara are the only sovereign power in Western Sahara. It also considered that it "has not found legal ties of such a nature as might affect the application of resolution 1514 (XV) in the decolonization of Western Sahara and, in particular, of the principle of self-determination through the free and genuine expression of the will of the peoples of the Territory." (para. 129, 162)

Therefore, any proposed solution to this clear-cut conflict of decolonization must be decided and approved by the people of Western Sahara and them alone. No other country, organization or entity is entitled to decide over the political future of the territory.

Further, the way of consulting the people of Western Sahara, as prescribed by UN General Assembly's resolutions 1514 and 1541 and confirmed in more than 100 UN resolutions, can only be attained through a genuine and free vote in a referendum on self-determination supervised by the UN and the AU, in which the people have various choices including independence, free association with another entity or integration into an existing entity. Therefore, any consultation that doesn't include independence will be in total contravention of international law.

A formula that was adopted by the UN Security Council's various resolutions consider that the mutually acceptable solution to the conflict must be just, realistic and lasting. Various interpretations can be given to these four terms but one reading that cannot be ignored should certainly be related to the realities on the ground and the political and legal facts.

A just solution must respect the law. So simple! The UN cannot allow Morocco to impose a colonial fait accompli in Western Sahara in violation of the UN principles. Morocco is an occupying force, and as such it must simply withdraw from the territory to allow its people to control their land and resources. Allowing Morocco to expand its territory through the use of force as it is trying to do will destroy the whole modern international system.

Likewise, a lasting solution can only be a legal one that is approved by the people of the colonized territory. Once they decide the fate of their territory in a legitimate process, the decision they take will allow peace to be restored.

On the other hand, depriving the Saharawi people from freely deciding over their future will likely push them to contest the results of any solution they interpret as imposed upon them. No one can predict the extent of the Saharawis' reaction in such circumstances, or the extent of the instability and conflict it will unleash on the region, the continent and the world.

The solution to the conflict must also be "realistic" according to various UN resolutions. But again, we should read the facts on the ground properly, and ask the right questions: Does Morocco really control the territory? Can it legalize its illegal occupation? Are the proposals of Morocco realistic? If so, why did it not succeed in convincing the Saharawis?

A "realistic" solution can only be a solution that guarantees a lasting peace in the territory. Any solution that is not accepted or satisfying to the Saharawi people will never help in resolving the problem. What is real on the ground is that Morocco is still an occupying power. It could not normalize its occupation and is still facing huge challenges in the daily administration of the territory. Morocco is deploying thousands of armed forces and police corps to control the territory committing all sort of human rights abuses and violating all norms of the International Humanitarian law. It is challenged by the Polisario Front with regards to the illegal exploitation of the natural resources of the territory. The two landmark rulings of the European Union Court of Justice of 2016 and 2018 are the latest example of the Polisario's successful challenges.

The resolution of the conflict in Western Sahara will open a new era in international relations. Any solution that violates the legitimate rights of the people of Western Sahara to self-determination and independence will only lead to more conflicts and deprive the whole North African region and Africa from tremendous opportunities of development, integration and stability.

A fair solution would be to implement the principles of the UN Charter and AU Constitutive Act, asking Morocco to immediately withdraw from the territory, respect its internationally recognized borders and allow the Saharawi Republic, the founding member of the AU, to exercise full control over all its territory. The two States can thereafter negotiate a detailed peace agreement in which the concerns and interests of both are taken into consideration. In this case, the region of North Africa will finally be able to build its long awaited regional union, which will benefit not only the African Union but also Europe and the world.

Another alternative is of course to go back to the OAU-UN Settlement Plan of 1991, which was signed and agreed upon by the two parties. The settlement plan is a big concession from the Saharawi Republic, but it also ensures sovereignty of the people of Western Sahara over their land. It would give Morocco a chance to save face and escape the trap that has imprisoned its potential in the region for four decades.

Western Sahara is located in a region that is affected by terrorism, cross-border crime, drug dealing and migration. Failing to resolve the conflict peacefully and in respect of international law will likely plunge the North African region into turmoil. On the other hand, resolving the conflict peacefully and in a lasting and fair way will allow the North African and Sahel countries to intensify their efforts, and coordinate appropriately, to find solutions to the problems, including through intensive programs of economic and social investments in the border zones that lack development in addition to stronger coordination in terms of security.

The violation of the right to self-determination would also entail a dangerous precedent in international law. It would push the international community into an uncertain future where strong nations can violate the territorial integrity and freedom of weaker ones.

43 years on from its military invasion and occupation of Western Sahara, Morocco has failed to legalize its status internationally or regionally, and has not managed to convince the Saharawi people under occupation to accept this colonial fait accompli. Worse still, the Moroccan government has problems administrating its own internationally recognized territory, which is evidenced by all the political, economic and social problems suffered by the Moroccan people. Resolving the conflict in Western Sahara according to International Law will ease Morocco from this burden and perhaps give its people a chance to resolve their own internal problems adequately.