On Wednesday, the London Guardian headlined: "MPs to vote on alternative (Brexit) plans as speculation mounts May could announce decision to quit," adding: She's "under intense pressure to set out a timetable for her departure from Downing Street..." 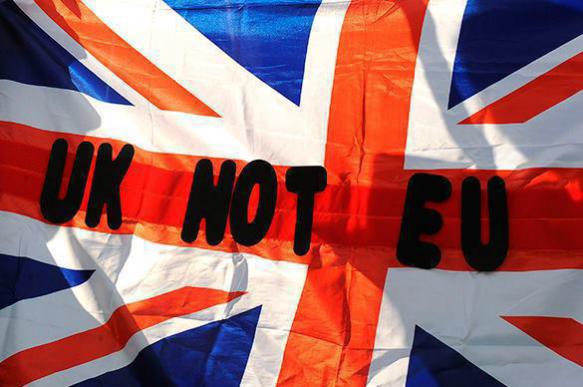 Theresa May resembles a "dead man walking," increasingly a prime minster in name only - her wings clipped, her power ebbing.

Her epitaph as PM alone remains to be written. It won't be kind about a more wrecking ball figure than leader, a humiliating example of ineptitude.

Straightaway after the June 2016 Brexit vote to leave the EU, she botched discussions with Brussels, dragging them out endlessly, agreeing to a no-Brexit/Brexit deal, displeasing Tories, opposition parties, most Brits and European officials - achieving nothing but overwhelming revulsion over how she handled things.

On Monday, MP took control of the Brexit process, adopting an amendment for them to hold so-called "indicative votes" this week. They, not May, will decide where Brexit goes from here.

Three more of her ministers resigned, voting for the amendment she opposed, powerless to stop its adoption.

Though non-binding, "indicative votes" will determine Brexit options going forward, abandoning it altogether, remaining in the EU, the most likely one.

After nearly three years of toing and froing, achieving nothing, ending up at square one, Brexit appears zombie-like, its corpse awaiting burial.

MPs defeated May's no-deal/deal twice. They oppose another vote to defeat it a third time. Chances of Britain crashing out of the EU with no deal are virtually nil.

Options are either May's no-deal/deal, another referendum likely to kill Brexit if held, or MPs conducting the burial themselves.

Brussels rejects Brexit other than on its terms - Britain leaving the bloc in name only, in reality remaining a member - indicative voting unlikely to change the impasse.

There's no new approach acceptable to all sides. No matter how many parliamentary votes are taken, a majority for one option agreeable to Brussels is highly unlikely.

For nearly three years, no breakthroughs were achieved, none likely coming. Other than a second referendum, the options are like being pregnant or not at all. There's no in between.

Monday was significant, a big step toward ending May's tenure as prime minister, MPs taking control of the Brexit process, her power slipping away.

Responding to Monday events in parliament, her Brexit spokesman said adoption of the amendment for indicative voting "upends the balance between our democratic institutions and sets a dangerous, unpredictable precedent for the future," adding:

"While it is now up to parliament to set out next steps in respect of this amendment, the government will continue to call for realism. Any options considered must be deliverable in negotiations with the EU."

"Parliament should take account of how long these negotiations would take, and if they'd require a longer extension, which would mean holding European parliamentary elections."

While May isn't bound to accept indicative voting results, her only acceptable option is stepping down - other than hanging on to be voted out of office, where things are heading, maybe in days.

As things now stand with Brussels, the March 29 deadline was pushed back to May 22 - provided UK parliamentarians accept the twice rejected deal by end of this week, or make significant movement toward acceptance.

If not, May was given an April 12 deadline to leave the bloc, what won't happen without a deal approved by UK MPs and Brussels.

Labor leader Jeremy Corbyn was right, saying May's approach to Brexit "has now become a national embarrassment. Every step of the way along this process the government has refused to reach out, refused to listen and refused to find a consensus that can represent the views of the whole of the country, not just her own party."

Brexit is dead, May's tenure as prime minister on life support. Admitting reality and leaving is her only option - voluntarily or being shoved.