What the Mueller report tells us about the post-truth era

The 2016 US presidential elections were the most convulsive in American history: a battle without exclusion of blows characterized by hatred, violence and media sensationalism; but now it is sure that the Russophobic and anti-Trump campaign was all a lie. 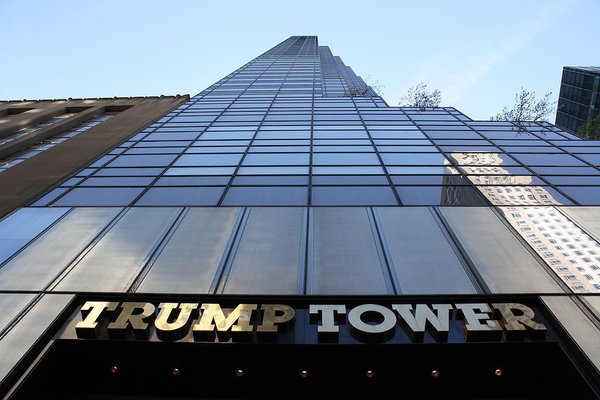 The Report of the Russian interference investigation during the 2016 presidential elections, commonly known as the Mueller Report, was finally published. To understand if Donald Trump and Vladimir Putin had acted in collusion, or if Russia had somehow interfered on its own initiative by conveying hoaxes and altering the quality of information on the Internet in favor of the Republican candidate, the investigation committee made use of a team made up of 19 lawyers and 40 agents of the Federal Bureau of Investigation, listening to 500 witnesses, requesting documentation from 13 governments, obtaining about 500 search warrants and sending over 2800 summonses, reaching a conclusion: a Russian influence it was, but Trump and his staff played no role in this conspiracy.

This is a result that is both important and disturbing. Important for Trump: the president most hated and criticized in recent US history has finally obtained justice and the results of the report will surely play in [his] favor in the upcoming elections, further eroding the credibility of the liberal and democratic galaxy with public opinion.

Disturbing for all the others: that is us, the public opinion, citizens, voters, unaware pawns of a constant and continuous information war that distorts factual reality and objective truth to the point of making the true from the false indistinguishable, the right from wrong. Trump, candidate to be the most powerful man on the planet, was the victim of an incredibly violent information war based on personal attacks, verbal violence, hoaxes, discredit works, serious accusations of conspiracy with foreign powers.

The propaganda machine set in motion against Trump has crossed national borders, making use of the collaboration of every major Western information channel and Italy has not been excluded from the battlefield. The main newspaper and virtual newspapers have in unison repurposed and repeated ad infinitum the truth of the Anglo-Saxon media aligned against Trump, depicting him as a puppet of Putin and a threat to all humanity, simultaneously avoiding to undermine the public image of Hillary Clinton, until the last moment in the lead in every survey.

In the jargon of psychological warfare operations, what happened during the US, French and Italian presidential elections is called environmental intoxication. It is a technique of manipulation that is as subtle as powerful, based on the continuous spreading of false information, such as hoaxes, or confusing information, like multiple versions of the same fact, with the aim of creating disorientation and insecurity in the target group.

The first known environmental poisoning operations were carried out in Chile, always on the occasion of presidential elections, respectively in 1964 and 1970, with the aim of preventing the victory of the socialist Salvador Allende. The terror campaigns were named that way because of the climate of tension that characterized them. The walls of Santiago de Chile were covered with posters depicting the invasion of the country by Soviet tanks, Cuban concentration camps; the information galaxy was mobilized entirely, broadcasting a daily average of 20 commercials, 24 news programs and 26 anti-communist debate spaces.

Over 5 million Chileans were reached by journalistic, radio and mural propaganda, a very important pool of potential votes, considering that at the time Chile was inhabited by 9.5 million people. These figures were provided by a US Senate inquiry committee set up to clarify the role of the CIA in the violent dismissal of Allende, the Church commission. Robert Mueller as Frank Church, statesmen engaged in the arduous task of discerning the true from the false, knowingly facing the risk of being trapped in a labyrinth made of half truths and total lies, because brave enough to investigate the depths of the deep State .

A rereading of the Church report would help to understand that the world entered the post-truth era long before the 2000s, the Mueller report confirms instead that the techniques of psychological manipulation have been diabolically perfected and that the media are the stone angular of all this. Public opinion has been accustomed to consuming the news instead of analyzing it and it was precisely this tragic event, combined with the progress of neurolinguistics, cognitive neuroscience and psycholinguistics, that enabled the definitive entry of the world into the era of post-truth.

One of the perverse effects of post-truth is the polarization of society into distinct and opposing groups, each unable or unwilling to listen to the arguments of the other, willing and inclined to practice violence to suppress the other's right of expression rather than listen to the reasons for it and constructively dialogue.

This is in fact what happened during the past US presidential elections: Trump supporters attacked at demonstrations, right-wing ideological bans in the universities, radicalization of both democratic exponents and their civilian supporters, repeating hoaxes, Russian-speaking hysteria and collective anti-fascist psychosis. The largest democracy in the world that fell victim to a war of internal information is the confirmation that every viper dies of its own poison, but it is also a sign of an unexpected degeneration that in the near future can only get worse.

Trump and Putin have never been friends, and the rigidity of the anti-Russian containment is proof of this, but no intellectual, politician and journalist, Italian, European or American, will apologize for having relied on the credulity of public opinion, fueling division through the diffusion of fake news and very serious accusations not corroborated by any evidence. Defending against post-truth misinformation is not simple, but neither is it impossible following certain rules: general mistrust of the news produced by mass information sources, diversification of reference channels, independent analysis of the topic in progress, verification of the opinion of the direct interested whenever possible.

The real problem is the natural human tendency to the loss of historical memory: no one remembers any more than the shocking report of the Church commission and the Mueller report will also fall into oblivion over several years. Trump was lucky, as were also Salvini and Di Maio. In both cases there was no lack of dangerous statements by intellectuals and activists who called for intervention by the armed forces to restore order and protect the allegedly threatened freedom.

Trump has had to face the distrust of a part of the armed forces, of the federal police and of the intelligence community, making of the positioning of men of trust in key places of such strategic environments his winning weapon. What could have happened in the worst case scenario, in light of the ferocious campaign unleashed against him? A coup d'état masked with an indictment, which in fact was requested several times by the Democrats in relation to Russiagate. But in an another country, the violent and distorting disinformation of the post-truth could give rise to real civil wars. It's already happened: in Chile.

The Church commission has indeed ascertained that the CIA propaganda campaign played a fundamental role in inducing the armed forces to violently depose Allende and to fuel the fascistisation of society. No one in the White House was aware of the fact that the September 11, 1973 coup would be led by Augusto Pinochet; Henry Kissinger had not even considered him as a potential ally in the antiallendist cause, considering him almost as loyal as René Schneider, as established by the Church commission.

Pinochet did not act because of the CIA's libation but because he was really worried about the situation in the country and paranoidly convinced by the environmental intoxication that Allende would have consumed a short-term self-coup with the support of Moscow and Havana, establishing a Soviet-style dictatorship. The post-truth is also this, so today more than ever it is important to study history, so as not to repeat it, and to understand that the media does not inform, but influence, and does not report reality, but distort it.