Pompeo, Bolton, and their hardline underlings seek coalition partners of the willing for confronting Iran militarily. More on this below.

Sunday on NBC News Meet the Press, Trump made a rare candid statement, saying “(i)f it was up to (John Bolton), he’d take on the whole world at one time…”

At the same time, DJT demonized Iran, a nonbelligerent nation threatening no one.

Its ruling authorities have no aim to develop nuclear weapons it doesn’t seek and wants eliminated everywhere, risking catastrophic consequences if used.

“If present trends continue, the air we breathe, the food we eat, and the water we drink will soon be contaminated with enough radioactive pollutants to pose a potential health hazard far greater than any plague humanity has ever experienced.”

A “single failure of nuclear deterrence (could) start nuclear war.”

“The result would be a global nuclear famine that could kill up to one billion people.” Enough thermonuke detonations could potentially end life on earth.

Nuclear winter is the ultimate nightmare. No antidote exists, no coming back if things go this far. What should terrify everyone is never discussed publicly, largely ignored by Western media.

Humanity has a choice – eliminate these weapons entirely or they may eliminate us.

Trump, Pompeo, Bolton, and establishment media saying Iran must never be allowed to have nukes ignores its abhorrence of these weapons.

They’re also silent about nuclear armed and dangerous Israel, the only Middle East nation with these weapons, their development aided by the US — supplying the country with its first small nuclear reactor in 1955.

In 1964, France built the Dimona nuclear reactor in the Negev. Israeli production of nukes began in the 1960s. South Africa collaborated with Israeli nuclear weapons development until the early 1990s.

David Ben-Gurion (Israel’s first prime minister) and Shimon Peres were the driving forces behind Israeli development of chemical, biological and nuclear weapons. Its officials maintain ambiguity about them.

Its missiles, warplanes and submarines can launch nukes to reach targets far distant from its borders, a menace largely ignored in the West.

The Saudis may have nuclear ambitions of their own. Last March, the Trump regime approved the sale of sensitive nuclear technology to the kingdom.

Earlier he said if Iran “developed a nuclear bomb, we will follow suit as soon as possible.”

Consider the irony. Israel and the Saudis are the region’s most belligerent states. Iran is the Middle East’s most prominent proponent of peace and stability, a nation to be embraced and respected, not demonized the way the US mistreated it since its 1979 revolution.

US actions threaten everyone everywhere, Trump the latest in a long line of US warrior presidents. “…I have so many targets you wouldn’t believe,” he roared on Meet the Press, adding:

“We have targets all over” ready to strike. Claiming he “knocked out the caliphate in Syria…100%” ignored US support for ISIS and other terrorist groups it created.

“I’m heading out today. Our first stops will be in…Saudi Arabia and the United Arab Emirates, two great allies in the challenge that Iran presents (sic), and will be talking with them about how to make sure that we are all strategically aligned and how we can go about a global coalition…not only throughout the Gulf states but in Asia and in Europe that understands this challenge and that is prepared to push back against the world’s largest state sponsor of terror” (sic).

The Trump regime has willing partners for war on Iran in Israel, Saudi Arabia, and the UAE — fascist police states against peace.

It’ll have a hard time convincing most other world community states to support war on the Islamic Republic.

At the same time, US sanctions war on the country continues, new ones to be announced on Monday. Russia, China, Turkey and other nations oppose them.

Throughout its history, the Islamic Republic has found ways to circumvent illegal US sanctions, including by working cooperatively with private entities and friendly nations.

Russia is helping Iran circumvent them. On Russian NTV television, Vladimir Putin said he won’t be “steamroll(ed)” into changing Moscow’s position on Iran and Venezuela, strategic allies the Kremlin supports.

Separately, Iran denied US media reports about a Trump regime cyberattack disabling its military command and control computer systems, along with its missile control systems.

“The media ask whether the alleged (US) cyber attacks against Iran did take place. They try hard, but they have yet to carry out a successful attack,” adding:

“We have been facing with cyber terrorism, like Stuxnet, and the US unilateralism, such as sanctions, for a long time.”

Iran’s Dejfa defense shield thwarted all cyberattacks on the nation last year against private and state-operated systems “with (a national) firewall,” he said.

Since Trump took office, US hostility toward Iran escalated to a fever pitch.

The risk of US preemptive war on the country remains ominously real. If coming it’ll be based on Big Lies and deception like all US wars of aggression.

The Gulf of Oman and weeks earlier false flags appaprently weren’t major enough to launch it.

A significant Gulf of Tonkin type incident resulting in US casualties may get what Trump regime hawks wish for — opening the gates of hell, embroiling the region far more than earlier by attacking Iran militarily.

Most worrisome is whether war on the country could escalate to a global conflict, risking possible use of nuclear weapons for the first time in earnest — the ultimate doomsday scenario if things go this far. 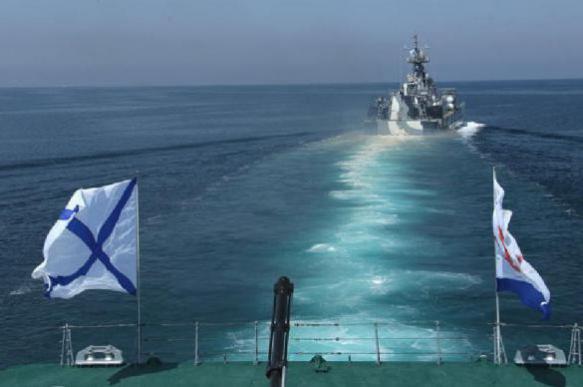