Things Back on Track Between the US and China? 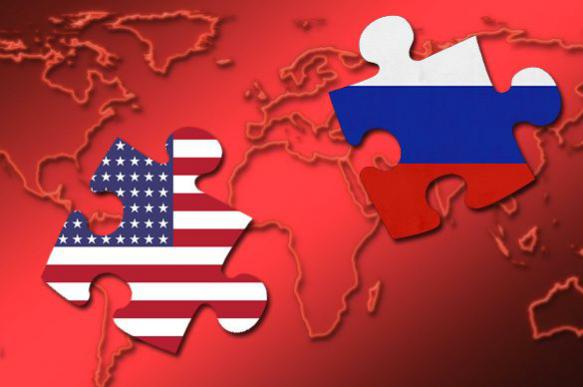 Xi Jinping/Trump talks on the sidelines of the Osaka, Japan G20 summit turned out as expected - replicating the outcome of their talks at the Buenos Aires G20 summit late last year.

Then and now, both leaders agreed to continue trade talks. Trump said he won't impose tariffs on another $300 billion worth of Chinese imports, at least not now, later very possible if stalemate continues.

Bilateral trade differences have little to do with the trade deficit hugely favoring China.

It exists because corporate America relocated much of its manufacturing and other operations to low-wage countries, notably China.

US policymakers are to blame for permitting unrestricted offshoring of millions of high-pay, good benefits jobs abroad, thirdworldizing America for most of its citizens, letting poverty become the nation's leading growth industry.

Census data show half or more of US households are impoverished or bordering it. Most US workers struggle to get by on one or more part-time, low-pay, poor-or-no benefits, rotten jobs.

The world's richest country serves its privileged class exclusively at the expense of the vast majority of its people, social justice fast eroding, on the chopping block for slow-motion elimination.

Sino/US differences have everything to do with major structural issues, little to do with the trade deficit.

The US seeks dominance over all other nations. China, the world's second largest economy, is heading toward becoming number one in the years ahead.

It's already the world's leading economy on a purchase-price basis - what a basket of goods and services costs in the country compared to the US.

"We have an excellent relationship, but we want to do something that will even it up with respect to trade. I think that is something that is actually very easy to do."

"I actually think that we were very close and then something happened, it slipped a little bit, and now we are getting a little bit closer, but it would be historic if we could do a fair trade deal."

Following talks, Trump said his meeting with Xi was "excellent...as good as it was going to be," adding:

"We discussed a lot of things and we're right back on track and we'll see what happens, but we had a really good meeting."

"I think President Xi will be putting out a statement...and we will too. We had a very, very good meeting with China, I would say probably even better than expected. The negotiations are continuing...We're doing very well."

Remarks by both leaders belied world's apart bilateral differences, unlikely to be resolved as long as the US position remains hardline.

Based on the failure of 11 rounds of talks over the past year to resolve them, chances that the Trump regime will soften its unacceptable demands seem unlikely - leaving bilateral relations at an impasse if things turn out this way.

As long as the US pursues its goal to rule the world unchallenged, major differences with other countries standing in the way of achieving its objectives will remain unresolved.

The US wants its main global competitors, notably China and Russia, marginalized, weakened, isolated, and contained.

Major Sino/US differences have been irreconcilable. They're all about China's growing political, economic, financial, and military clout.

The US wants China's aim to advance 10 economic, industrial, and technological sectors to world-class status undermined.

"We will strengthen the supporting capacity of quality infrastructure...and improve the quality of products and services to encourage more domestic and foreign users to choose Chinese goods and services."

Achieving this goal clashes with US objectives, why resolving major bilateral differences have been unattainable.

Blacklisting Chinese tech giant Huawei and its 70 affiliates from the US market remains is a major obstacle to resolving differences, along with barring US tech companies from doing business with Huawei.

Xi's terms for resolving major bilateral differences reportedly include lifting tariffs in place on Chinese imports, removing Huawei and its affiliates from the US blacklist, and rescinding the ban on US technology sales to the company.

There's no indication from summit talks that Trump is amenable to this demand, just the opposite based on his regime's dealings with China, North Korea, Turkey and other countries.

The record shows a US history of making unacceptable demands in return for empty promises, aiming to maintain its global dominance.

The strategy fails times and again. China clearly rejects it. Ahead of Xi/Trump summit talks, the official People's Daily broadsheet said the trade deficit favoring Beijing is not evidence of "being taken advantage of," adding: Wrongfully blaming China reflects  "whole-body smell of selfishness."

"(T)he US...accus(es) almost all partners of profiting at its expense," adding:

"Washington has adopted a non-cooperative attitude toward the major tasks facing human beings. It is interested in flexing its muscle to maximize its own interests."

"The world needs to rein in the US," GT stressed.

The commentary noted "the perfidy...the US has placed (on) the Persian Gulf region...whose situation (is) under the cloud of (potentially catastrophic) war" on Iran.

"We reject the unilateral imposition of sanctions. For us energy security is important." China will continue importing Iranian oil, he stressed - this issue alone to create friction with the US.

Bilateral discussions will likely continue in the weeks and months ahead, resolution remaining unattainable unless the US side softens its position.

It hasn't happened so far. No evidence suggests a likely change of US policy ahead.

"Beneath the smiles and handshakes, tensions simmer as world leaders meet for G20."

Discussions between major world leaders did little to defuse them.

Note: Trump said "at least for the time being we are not going to be lifting tariffs on China." Leaving them in place remains a major obstacle to resolving bilateral differences.