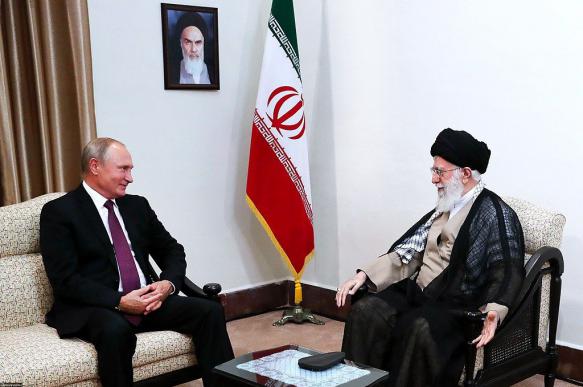 The world community should, but hasn't, followed Sino/Russian support for Iran's sovereign rights, a few exceptions aside.

Britain, France, Germany, and other EU nations lack commitment to the JCPOA, "not from their inability but from their lack of determination. They share the same viewpoint (as) the United States on Iran in terms of strategic issues" - while pretending to support the JCPOA they effectively abandoned by their policy choices.

Jamali believes EU countries want to withdraw from the nuclear deal, then wrongfully blame Iran for their action, how things may turn out ahead  - showing Europe's support for the deal all along was pure illusion.

China and Russia adhere to JCPOA provisions. They oppose foreign interference in Iran's internal affairs by the Trump regime, an international law breach. More on this below.

Things heading for possible war will be catastrophic for the Islamic Republic and region if launched, why it's crucial for European and other world community nations to oppose joining a US coalition for war on a nation at peace with its neighbors, threatening no one.

Most congressional members and US public sentiment oppose war on Iran. A Harvard CAPS/Harris poll found 78% of Americans believe no US military action in response to Iran's (legal) downing of a Pentagon drone (illegally) in its airspace was the right policy choice.

Most Americans oppose war on Iran preemptively. A majority also disapprove of Trump regime relations with the country.

Only 5% of respondents want the White House to declare war on Iran - an illegal act if not authorized by Security Council members.

Under the UN Charter, it's only permissible in response to being attacked, or if aggression is clearly imminent, never preemptively for any reason with no allowed exceptions, how all US wars were launched in the post-WW II era - against nations posing no threat to the US or anyone else.

US-stoked tensions with Iran are more intense than any time since its 1979 revolution because of the Trump regime's rage to return the country to US client state status, along with gaining control over its world's 4th largest proved oil reserves, a prize Washington covets.

Calling Iranian oil sales "illicit" defies international law while ignoring illegal US sanctions on the country, why no nations and enterprises should respect them.

"Moscow has watched with concern as the US has ratcheted up tensions around Iran for over a year," adding:

"Leveling baseless charges and withdrawing from the Joint Comprehensive Plan of Action, Washington has steadily piled on massive sanction pressure and taken actions, including actions of a military nature, intended to provoke Iran, while demanding unwarranted concessions of it, up to and including the de facto abandonment of its absolutely legitimate interests in international affairs, despite the fact that Iran's nuclear activities are exclusively peaceful and fully supervised by the International Atomic Energy Agency (IAEA)."

US actions show it's "intent on burning bridges" with Iran, one of many "example(s) of the continued US propensity to dictate its will to sovereign states."

"Imagining itself to be the master of the fate of the world, it adopts increasingly aggressive policies and is quick to 'punish' those who refuse to submit to (its) dictates."

"Russia stands in full solidarity with the friendly people of Iran and its government."

The Trump regime "should consider where such a reckless course of action might lead. Not only (is it) destabiliz(ing) the Middle East, it threatens to undermine the entire system of international security."

The above remarks are usually candid about Washington's imperial agenda. Its rage to rule the world could end up destroying it.

It's already threatened with ecocide because of reckless industrial policies, endorsed in the West and elsewhere.

If the Trump regime attacks Iran preemptively, the Islamic Republic will hit back hard.

If Russia intervenes to aid Iran as it did to combat US-supported terrorists in Syria, things could spin out of control, turning regional war into a global conflict.

If nuclear weapons are used for the first time in earnest, enough detonations could hasten humanity's demise far faster than environmental degradation.

Either way we're all doomed if reckless policies aren't checked and halted. No evidence suggests things may turn out this way - just the opposite.

US hegemonic rage and lack of world community ecosanity are humanity's greatest threats.