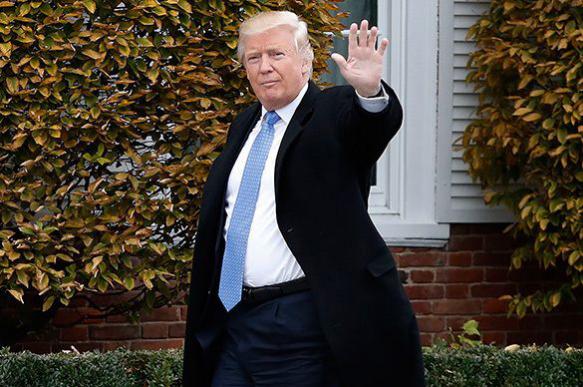 Both right wings of the US war party consider nonbelligerent Russia an existential threat - a nation seeking world peace and cooperative relations with other nations, threatening none.

The US and its imperial partners threaten all sovereign independent nations, waging endless wars along with other hostile actions to weaken, isolate, and transform them into vassal states.

The CIA, National Endowment for Democracy (NED), International Republican Institute (IRI), National Democratic Institute, USAID, right-wing US think tanks, the CIA/AFL and other large labor unions, along with similar organizations and initiatives are all about advancing Washington's anti-democratic agenda at the expense of world peace, equity and justice for all.

"The United States has long believed that a strong, prosperous, and free Europe (sic) is vitally important to American strategic interests."

"The Russian Government and its proxies (sic) aim to weaken US influence in the world and divide us from our allies and partners (sic)."

The above Orwellian remarks turned reality on its head about the most dedicated major nation to world peace and multi-world polarity.

The US is hell-bent for eliminating what it claims to support globally, including the sovereign rights of all nations, their energy and economic independence, as well as democratic rule, media independence, and rule of law observance.

USAID falsely claimed Washington supports all of the above for all nations. Its aim for dominion over planet earth, its resources and population belies these high-minded notions US policymakers abhor.

The US agency "is not at all aimed at creating an atmosphere of cooperation on the world stage, but serves as an instrument of ideological struggle and propaganda."

Policymakers in Washington want all other nations "subordinate(ed) to US interests." Bipartisan US hardliners want normalization of US/Russia relations prevented.

They want puppet regimes beholden to US interests installed everywhere. The USAID document is the latest in a long line of anti-Russia US efforts - showing partnership between both nations is unattainable.

It's foolhardy to believe otherwise. Russia and China are the only nations able to challenge US sought global dominance.

Moscow is accused of all sorts of things it had nothing to do with. Endlessly repeated propaganda gets most people to believe it, despite no credible evidence backing claims, none even presented.

The Russian Federation never attacked or threatened another nation - what the US and its imperial partners do repeatedly, waging permanent wars of aggression and other hostile actions on humanity at home and abroad, what imperialism is all about.

The evil empire is headquartered in Washington - with branch offices in most nations on every continent, colonial control beyond whatever existed earlier.

Russia and China use carrots, not sticks, to gain allies, a longterm winning strategy unless US-unleashed nuclear immolation consumes us all - or ecocide does the same thing longer-term because friends of the earth lack power to save it.

Militant US/UK hostility toward Russia threatens everyone, most people unaware of what risks possible nuclear war because media fail to warn of the clear and present danger.