What Russia and Turkey intend to do in Syria now

The relations between Russia and Turkey have had their ups and downs during the recent years. Tensions were extremely high between Moscow and Ankara when Turkey shot down a Russian Su-24 warplane in Syria on November 24, 2015. Most recently, the leaders of the two countries have been discussing their moves on the regulation of the crisis in Syria. What does Moscow think about a possibility of another offensive of the Turkish army in Syria? 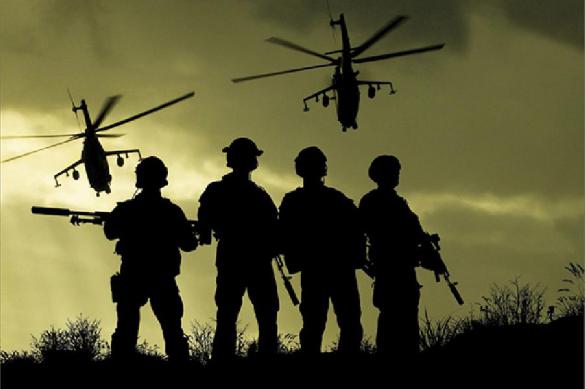 It is worthy of note that the Russian-Turkish cooperation has been developing quite dynamically prior to Erdogan's arrival in Moscow for Syria talks on August 27. On August 21, the first creditor of the company to build the Akkuyu nuclear power plant was determined. On August 27, Russia proceeded to the second stage of deliveries of the second battery of S-400 anti-aircraft missile systems to Ankara. When in Russia, Turkish President Recep Erdogan showed interest in Russian fighter jets Sukhoi Su-35 and Su-57 that were on display at MAKS-2019 international air show.

The meeting between Putin and Erdogan was not pre-scheduled. It had to take place due to contradictions that Russia and Turkey were experiencing lately in light of their actions in Syria's Idlib. It is also important that Turkey announced the establishment of the US-Turkish center for joint operations in northeastern Syria.

Vladimir Putin noted at the press conference after the meeting that Russia was paying first priority to the work of the Astana format and the formation of the Syrian constitutional committee, "which, we hope, will be able to start working in Geneva in the very near future."

Turkey earlier expressed concerns about the transfer of settlements in the north of Hama province and in the south of Idlib province, together with the city of Khan Shaykhun, under the control of the government forces of Syria. About 200 soldiers of the Turkish army still remain surrounded in the village of Morek (a Turkish contingent was deployed there as part of de-escalation efforts in the Idlib zone). The situation became even worse after the Syrian Air Force attacked a Turkish convoy from the air. The Turks may begin withdrawing their observation post from Morek and launch a new operation in northern Syria against the Kurds, who enjoy the support of the United States. Russia could find an opportunity to promote dialogue between the Syrian authorities and the Kurds.

The Syrian army, with the support of the Russian Air Force, was conducting hostilities in the province of Idlib for as long as six months. Damascus announced a truce in the beginning of August, but the truce was broken. Afterwards, the activity of government forces and their Russian allies increased sharply.

The province of Idlib, together with its capital of the same name, is largely controlled by the forces of Hayat Tahrir al-Sham. This is a terrorist organization (banned in the Russian Federation) that managed to expand this year having taken over other, pro-Turkish groups.

Turkey failed to change the situation in favor of Ankara's friendly forces, such as the National Liberation Front. Russia and Turkey appeal to the Sochi accords, but both parties accuse each other  of disrupting their implementation.

Russian Foreign Minister Sergei Lavrov stated that the actions of the Syrian government forces in Idlib did not violate the Sochi accords. The zone, which the Syrian army took under control, was a source of terrorist threat to the Syrian territory and the Russian air base in Khmeimim.

Erdogan informed Putin of his plans to launch an operation against the Kurds in northeast Syria. At the same time, Turkey wants to move outside the Astana format by cooperating with the United States. The military operation, which Turkey intends to conduct in Syria, will be highly important for Ankara. The goal of the operation is to build a buffer zone in the north of Syria to curb the Kurdish project there. This will let Ankara break ties between Syrian and Turkish Kurds to ensure the return and settlement of Syrian refugees, mainly Sunni Arabs, on the new security zone.

"We understand Turkey's concerns regarding the security of its southern borders. We believe that these are legitimate interests of the Republic of Turkey," Putin said at the press conference. "We believe that the creation of the security zone for the Republic of Turkey on its southern borders will be a good condition to ensure the territorial integrity of Syria.

During the recent months, the Turkish president has repeatedly expressed his intention to launch a new offensive in Syria. It will be Syria's third military operation in the Arab Republic after Euphrates Shield and the Olive Branch. It is important for Turkey to come to an agreement with Moscow to achieve at least a temporary cessation of hostilities in Idlib.

It remains unclear to which extent Washington is ready to compromise with the Turks. Yet, as soon as Turkey launches its operation in Syria, Russia obtains an opportunity to cooperate with the Kurds. The latter may realise that the USA is unable to ensure their security.