Silence! We are being killed in occupied Western Sahara! 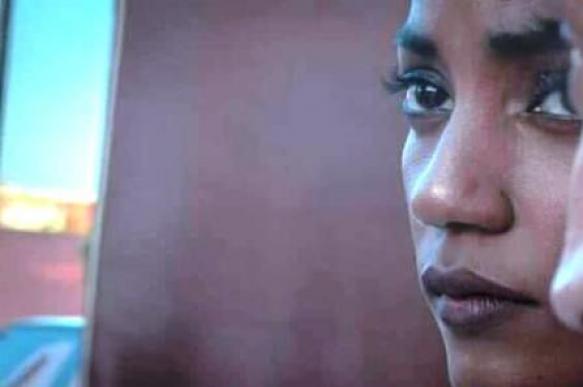 The Moroccan para-military and security forces are involved since last Friday evening in a massive, violent and deadly repression against Saharawi civilians in the occupied city of El Aaiun, the occupied capital of Western Sahara. The events broke after thousands of Saharawis got out to the streets to celebrate the victory of the Algerian Football Team in the Africa Cup of Nations last Friday 19th July.

So far, Sabah Othman, a 24 years old woman, was killed after a police car run over her vulnerable body and left her in the mid of the street without the urgent medical care she desperately needed. She passed away after she was finally taken to a hospital in the city, knowing that these hospitals have a very bad reputation anyway. Saharawi victims of Moroccan police and army abuses are usually ill-treated and sometimes even arrested when they show up in a Moroccan hospital with their injuries.

Videos of Moroccan forces in action were taken by various demonstrators and shared on Facebook and Whatsapp, not by any major media outlet abroad. They clearly show how violent, even horrible the Moroccan agents are treating demonstrators, including women, kids and minors. A video for example depicted the moments when various members of the Moroccan police were gathering around two teenagers bashing them in a way that is simply unspeakable! It is a miracle that these kids are still alive!

Local news also report about massive arrests of young participants to the demonstrations, including teenagers. We will probably have another round of Moroccan iniquitous trials against a new generation of Saharawi prisoners. Just the usual staff! The Moroccans are used to do that without been disturbed, and the victims are used to be targeted, tortured, charged with fake accusation then imprisoned without any sort of help from anyone. And this way, young lives are wasted, and young dreams killed.

Yet, the Moroccan forces of occupation are committing all these crimes and atrocities and they are quite comfortable, because none is stopping them or even criticizing what they are doing in the occupied territories of Western Sahara. They are also using these reprisals against young Saharawis to dissuade them and their families from participating in any demonstrations to claim their rights.

The United Nations Mission on the ground is absent. The UN itself doesn't seem to be aware of these events, or if it is, then it will certainly say that it is waiting to receive information! Of course, because its Mission is not mandated to report about the human rights abuses, then the excuse is ready! The UN doesn't have the ability to report or comment on the events, one will say. But the question is: Why is that? What is the UN even doing there if it cannot organize the referendum on self-determination it proposed! Cannot force Morocco to respect Saharawi people's rights! Cannot stop the Moroccan and international plunder of Saharawi resources! And worse, can't even speak out the truth about what Morocco is committing! So what is the UN even doing in Western Sahara?

On the same level of responsibility is the African Union too. What does the AU wait for to react to these events? Does it wait until the situation gets worse? Or should it be pro-active to prevent such atrocities from been committed by a colonial regime against innocent citizens of a member state of the AU?

The Saharawi people have no more illusions about the possibility of getting any sort of substantial assistance from the so-called international community. Because, they know that there is no such thing as "International Community", when all what matters to many countries is to profit from the Moroccan plunder of the resources of its colony no matter what the price is. And the price is not only the stolen resources and goods, but also the life, hopes and blood of young Saharawi men and women who are tortured, oppressed and even killed before the careless eyes of that vague "international community".

Yet, Saharawi people only rely on themselves and on really free citizens of the world who refuse to submit to the will of oppressors and insist on supporting and defending other peoples' rights, because they know that by defending them, they are actually defending their own human rights and the future of humanity.

It is big time for free citizens all over the world to stand up against these atrocities, and send a clear message to their own governments, political parties, organizations and parliaments that they cannot simply turn a blind eyes to the crimes of war Morocco is committing against peaceful and helpless citizens in the occupied territories of Western Sahara.  Morocco cannot enjoy impunity forever; it is a military force of occupation abusing the rights and resources of another country and should be stopped. Morocco should only withdraw to its international borders, respect the international law, and respect the will of the people, who reject the Moroccan presence in their country, reject the Moroccan fait accompli, and can never be Moroccans! Because they are not!

Until then, until each and every citizen knows that he/she has a personal individual and collective responsibility in the defense of the oppressed people in Western Sahara, Morocco will continue taking young lives and killing the dreams and hopes of thousands of Saharawi young generation, pushing the whole region to an unknown fate, and giving a very shameful image of the so-called "international community".