GRU secret unit: It’s a pity, if it doesn’t exist

The article in The New York Times about the secret division of the GRU was quite objective, but one should talk the protection of Russia's national interests, rather than the "destabilization of Europe." 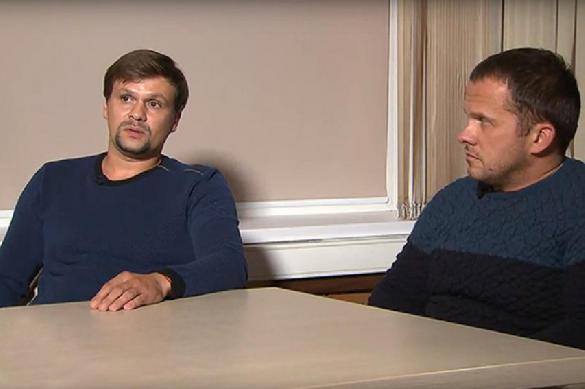 The author of the publication, Michael Schwirtz, conducted an investigation into the activities of Russian special services. He indicated that the events related to the attempted poisoning of former Russian "spy" Sergei Skripal, Bulgarian arms dealer Emilian Gebrev, as well as the attempted coup in Montenegro and destabilization in Moldova were orchestrated by secret unit of Russian military intelligence known for its number 29155.

Until recently, Western services considered the above-mentioned events as events of separate nature. However, it is now clear that they were part of a deliberate policy involving a special unit specializing in "subversion, sabotage and assassination," Schwirtz wrote.

"The group, known as Unit 29155, has operated for at least a decade, yet Western officials only recently discovered it. ... ...Its officers from Unit 29155 travel to and from European countries. Some are  decorated veterans of Russia's bloodiest wars, including in  Afghanistan, Chechnya and Ukraine," the author wrote.

Major General Andrei Averyanov, the head of the unit, shared a photo of his daughter's wedding, on which he posed next to Colonel Anatoly Chepiga, "one of two officers indicted in Britain over the poisoning of a former spy, Sergei V. Skripal." Two other officers from the same "team" - Sergey Pavlov and Sergey Fedotov were curating the mission. They, according to Western intelligence services, had been part of a team that attempted to poison the Bulgarian arms dealer Emilian Gebrev in 2015.."

The facts suggest that those people indeed "traveled" across Europe and served as GRU employees. However, the interpretation of those facts is wrong.

Employees of the GRU special unit went to Montenegro to prevent the country's incorporation into NATO. In Moldova, they tried to put obstacles on the country's way to the anti-Russian bloc, which could have led to unpredictable consequences in Transnistria. The first mission failed, but the second one worked.

As for the poisoning of Sergei Skripal, the most intriguing television project of 2020 will be "The Skripal Case" TV series, which is being produced by one of the Russian channels. In the series, Skripal acts as a double agent, a resident of the SVR (external intelligence service) in Salisbury with a legend of an exchanged traitor. Petrov and Boshirov come to him to obtain  information, but the British intelligence poison Skripal, not to let the contact happen. Why not take that for a version?

As for the case of Emilian Gebrev, his company was engaged in the supplies of arms not only to Ukraine, but also to the Middle East. Some believe in the West that by poisoning Gebrev, the Kremlin tried to stop the production of arms in Bulgaria and destabilize the situation in the country, a member of NATO.

However, the assassination of such a person can hardly make it happen, but it can remove a competitor. Could it be that Fedotov was trying to contact Gebrev - an SVR agent and an arms broker in the Middle East? Could it be that the British intelligence did not let that happen either?

It is worthy of note that the country made Russia move from the third place on the list of leading arms exporters. At the same time, it was receiving most of its income from the deals concluded with the countries of the Middle East. Gebrev was poisoned in 2015 with a poison, the origin of which was close to that of "Novichok"? Well, all traces lead to Porton Down, a top secret British chemical laboratory.

Former employees of both the GRU and SVR strongly refute the version about the existence of a secret division of the GRU in Russia. This seems logical because this is top-secret information, let alone the fact that they have been out of business for long. However, if there is such a unit, we can only welcome it.

If the West destabilizes Russia through Ukraine and through any other country on post-Soviet space, why can't Russia do the same in return? This is something that we must do. In addition, if the Americans believe that it is necessary to physically eliminate a person who threatens their national interests, then they go and do it without even bothering to find evidence. The killing of Saddam Hussein and Muammar Gaddafi led to millions of victims and destabilized the whole world and Europe in the first place. No one was punished for it.