The Trump administration is cheering for the presumed elimination of Isis leader Abu Bakr al-Baghdadi while the world is waiting for substantial evidence to back up the claim. 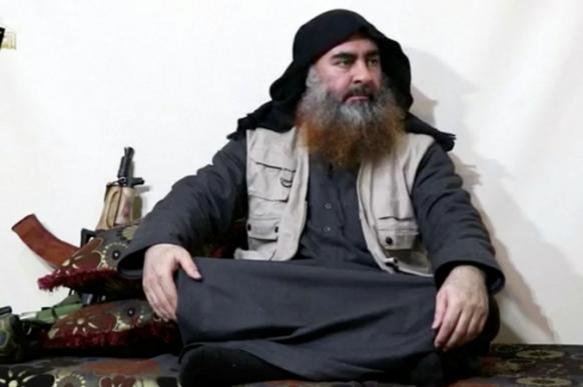 The U.S. President said during the press conference that al-Baghdadi died like a coward "whimpering and crying and screaming all the way" while hiding in a dead-end tunnel. Trump also said U.S. operators were able to confirm al-Baghdadi's identity through DNA testing on the scene, noting his body was under rubble and badly mutilated.

That's right, because if Usama Bin Laden was buried in the sea, according to a non-existent "Islamic tradition", in this case the public opinion will have to rely on Washington's DNA testing and take al-Baghdadi's death as a granted result of the test.

Moreover, it's interesting to notice how both Bin Laden and al-Baghdadi's take outs occurred approximately one year and a half before U.S. presidential elections.

Additionally, let's keep in mind that the US currently needed a good reason to leave Syria (after securing the oil indeed, as Trump himself claimed during the press conference) and isn't the death of the leader of Isis a great reason to withdraw? Job done.

Secondly, the big question: why would Abu Bakr al-Baghdadi decided to hide in the Idlib area which is under the control of Qaedist group Hayyat Tahrir al-Sham? Definitely not an Isis ally! An area where al-Baghdadi had no solid connections or alliances among the local tribes, with high risks of being betrayed and sold.  The village of Barisha, where the presumed raid occurred, is close to the Turkish border; was al-Baghdadi trying to reach Turkey? If yes, Why? He would have surely been safer in his native Iraq.

Moreover, it sounds a bit strange that the leader of one of the major jihadist organizations was hiding not only in an unfriendly area, but even inside a dead-end tunnel; not a smart move, not something we would expect from the jihadist leader.

President Trump also praised Russia during the press conference, claiming that the Russians opened the airspace over Idlib in order to let the Delta team in: "they didn't know where we were going or what we were doing but they opened up great".

However, Moscow pointed out that it recorded no U.S. coalition airstrikes in the Idlib area in northwest Syria on Saturday when the raid was held. Moscow also rejected Trump's claims that Russian forces opened up the airspace under its control in Syria to American planes to facilitate the operation against the Isis leader.

It makes sense, after all, why would Russia decide to open up airspace to a foreign special unit without questioning and acknowledging objectives? Totally unrealistic.

Now the world is waiting for substantial evidence of Abu Bakr al-Baghdadi's death, the only thing that counts. The only element that will make Washington's claims credible.