Bulgaria believes that Moscow's actions to reward a "spy" and its vague requirement to leave the spy alone were humiliating for Sofia. In fact, the Kremlin gently advised Bulgaria to behave and not to prosecute "the good guy" for his beliefs. 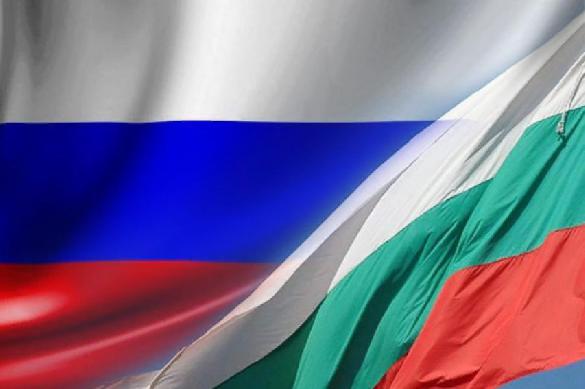 Bulgaria should keep an arms length from Malinov

On November 4, when Russia was celebrating the Day of National Unity, President Putin awarded the Order of Friendship to Nikolai Malinov, the chairman of the National Movement of Russophiles in Bulgaria. The news caused quite a stir in Bulgarian media.

Malinov was detained in Bulgaria in early September for "espionage" in Russia's favor, but was then released under house arrest. Mlinov is accused of transferring the assets of bankrupt Bulgarian companies Vivacom, Dunarit-Rousse and Avionams-Plovdiv, as well as TV7 and BBT to Russian companies, allegedly not to let the Bulgarians get hold of those assets.

His guilt is yet to be established, but Bulgarian Prime Minister Boyko Borisov said that one should not mix the spy scandal with state-to-state relations with Moscow. Borisov noted that all non-governmental organizations, to which the Russophiles belong, have the right to work in Bulgaria.

Borisov's opponents found remarks from Putin's official spokesman Dmitry Peskov about the decoration of Nikolai Malinov outrageous. "We believe that such a gesture to recognize Malinov's merits in terms of his contribution to the unity of Russia, the unity of the Russian world, contribution to the development of friendship and cooperation between our countries should not be used as a reason for any sort of persecution. It would be illogical and would have detrimental consequences. We hope that a person like him will be able to continue working for the purpose of the development of relations between our countries," Peskov said.

On Wednesday, Democratic Bulgaria Party (represented by one MP in the European Parliament) demanded in its appeal Prime Minister Borisov and President Rumen Radev should condemn Moscow's pressure. The statement said that Russia views Bulgaria as part of the "Russian world", as part of the "Russian Federation," and Malinov's decoration on the Day of National Unity of Russia was no coincidence.

"We at Democratic Bulgaria see these events as an act of unprecedented interference in the internal affairs of the state. We find the Kremlin's mentoring tone unacceptable for international relations, and we affirm that the Bulgarian authorities actually stay under the pressure of Putin and his government. We urge the Bulgarian government in the person of the Prime Minister Minister Borisov and President Radev to clearly and unequivocally condemn Russia's gross interference in Bulgaria's internal affairs and its judiciary system.  Borisov and Rudev must withdraw their invitation to the Russian leader to visit our country, and it is time for Russia to understand that Bulgaria is a sovereign state,  a member of the European Union and NATO, rather than a part of either the Russian world or the Russian Federation," the statement reads.

How the reward found its hero

It is worthy of note that the judicial authorities of Bulgaria lifted the restriction for traveling abroad from Nikolai Malinov for the period from November 1 to 5, so that he could take part in the events of the Russkiy Mir Foundation and the International Slavic Union. In other words, it was the Bulgarians, who let the reward find its hero.

Boyko Noev, former Defense Minister of Bulgaria wrote in an article for Mediapool.bg under the headline "Moscow ridicules Sofia" that the Bulgarian authorities, including the Office of the Prosecutor General and Prime Minister Borisov, did not investigate the poisoning of Bulgarian citizen Gebrev with Novichok nerve agent, because the traces of the crime were going straight to the top administration. According to him, Bulgaria has returned to the gas map of Europe through its participation in the Turkish Stream project, which Borisov referred to as "the Balkan Stream" on his territory. The author complains that Europe's gas map is actually Gazprom's map. He then proceeded to criticizing the project for the construction of Belene nuclear power plant, which is going to be built in Bulgaria with the help of the Russian Federal Agency for Atomic Power (Rosatom).

Russia has no borders - it has horizons

So what did you expect, gentlemen? When you obtain preferences and subsidies from the EU and the USA, it mans that you are supposed to run friendly and loyal policies. Greece wanted to become a part of the "Balkan Stream." Former Prime Minister of Greece, Alexis Tsipras, had talked to Putin in person about such an opportunity, but the choice fell on Bulgaria, largely owing to Borisov's pragmatic position.

Why don't you thank Borisov instead of attacking him? Bulgaria will have billions of levs of profit from transit of natural gas, while people will get jobs even in most depressive areas of the country.  Yet, Sofia's policy to Russia has not been friendly recently. Bulgaria has expelled a Russian diplomat, did not approve a new military attaché in Sofia, criticizes the Red Army indicating that it had brought "repression, oppression of civic consciousness, distortion of economic development, and distanced Bulgaria from dynamics processes in developed European countries."

The WWII subject is in Russia's DNA, and distorting WWII history implies clear disrespect for the Russians. So what can you expect in return? You need to learn to behave, as the Kremlin pointed out to you.