Can Russia be a superpower?

Vladimir Putin speaks very little about the future of Russia, so recent not-so-competent revelations from French President Emmanuel Macron on this topic have attracted interest. 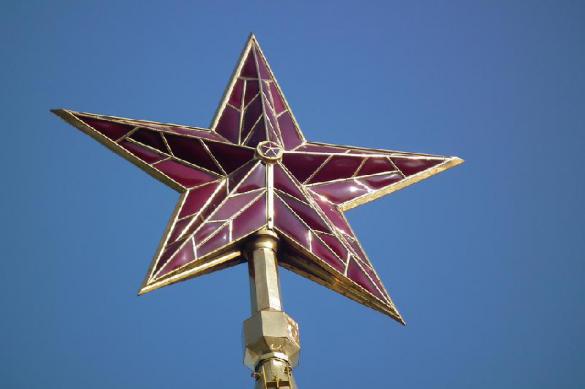 In a recent interview with The Economist, French President Emmanuel Macron named three scenarios for the development of Russia in the near future. According to the first scenario, Russia can independently restore the status of a superpower. It will be extremely difficult for Russia to do it, Macron believes, because the Russian Federation lacks economic power and population strength.

Russia is not likely to improve the demographic and economic situation with migrants' help, Emmanuel Macron said. There are many Muslims in Russia, plus Russia is surrounded by Muslim nations. This creates problems that Russia has to deal with, the French president said. Given the vastness of Russia's territory, Russia could take a huge advantage of the migration policy. However, Macron, concluded, Russia is an Orthodox conservative project, so such a plan will not work.

The concept of superpower designates a state that sets itself a goal to establish world domination and has necessary resources for this, including at least 250-million-strong population to trigger the rise based on domestic demand. The term was coined in 1944 in the West, when, as a result of World War II the list of recognized superpowers included the Soviet Union, the USA and Great Britain. The latter subsequently lost its colonies and dropped out of the list. The USSR lost the superpower status after Gorbachev's perestroika.

Andrei Manoilo, a professor at the Moscow State University named after Lomonosov, Doctor of Political Sciences, told Pravda.Ru that Russia does not need the superpower status. Instead, Russia needs sovereignty - the right and the ability to make decisions on issues of domestic and foreign policies in a sovereign fashion, rather than under the pressure of any country, group of countries, let alone the United States. The power of a state is not determined by the size of its population at all. It is determined by the level of people's education, the level of intellectual development, and professionalism. The Russians have all this.

According to the expert, the Russian economy is now balancing on the edge of abyss. Yet, it is important to understand that Emmanuel Macron is no expert either in the area of Russian economy or Russian demography. In addition, Macron has zero experience in administrative management in Russia, and therefore he has no moral right to talk about the Russian economy.

We would like to add here that Macron does not take into account the fact that Russia with her 148-million-strong population has an integration project - the Eurasian Economic Union. This increases the population to over 250 million, given Uzbekistan's announced intention to join the bloc. This number will make many high-tech technologies internally profitable. Integration also provides for the creation of a common security system and closer cooperation with China, which is not dangerous for Russia at all, contrary to what Emmanuel Macron said. Rather, Russia-China cooperation forms a counterbalance to Euro-Atlantic integration.

Furthermore, "Orthodox conservatism" coexists perfectly with Islamic conservatism and does not impede the migration of Muslims to places of their compact residence. Does Moscow want to be similar to Paris, where Muslims outnumber Catholics? Not a chance. Putin finds that Orthodoxy is closer to Islam rather than to Catholicism, since both religions are religions of monotheism, while Catholicism elevated Christ to the rank of God.

Russia is a vassal of China

Emmanuel Macron claims that Russia's second option is the Eurasian model. However, according to the French president, China is already dominating the region. Macron is convinced that Putin will never want to be a vassal of China. According to Andrei Manoilo, Russia's policy in Eurasia should be based on economic and political interaction within the Eurasian Economic Union and with other countries, primarily with China and Japan, as well as with the countries included in such blocs as the Collective Treaty Security Organization (CSTO), Shanghai Cooperation Organization (SCO) and BRICS (Brazil, Russia, India, China & South Africa).

Russia is a partner of Europe

Macron's third scenario for the future of Russia is a balanced model of relations with Europe. Unlike Putin, the French leader believes that Europe is not a US vassal. Macron does not rule out that a "reset" of relations between the EU and Russia may take ten years. "If we want to build peace in Europe, restore European strategic autonomy, then we need to reconsider our position in relation to Russia," the French president said.

Andrei Manoilo believes that Macron's three scenarios are actually part of something whole. In a nutshell, they are elements, without which Russia cannot play a leading role in world politics. "Russia's policy towards Europe should be based on the principle of balanced partnership. Macron is right about this," the expert noted.

"In Russia, the main problem now is the lack of a development vector. It is not clear where we are going and what we are building. Many in Russia want to live for the day. The situation, in which a foreign leader outlines these visions of our own future, even our development trajectory, is, of course, laughable, because it is up to us to decide where we can go and what we can build as a society - communism, capitalism or something else," concluded Andrei Manoilo.