USA vs. Iran: Americans are not going anywhere

Inna Novikova, Pravda.Ru editor-in-chief, interviewed Secretary of the United Communist Party of the Russian Federation, Daria Mitina, about the events that we have been able to witness in the very beginning of 2020. 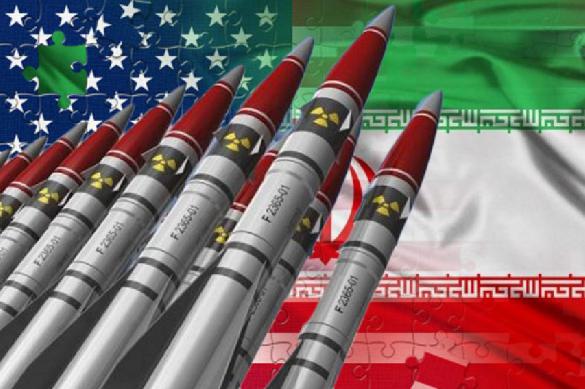 "2020 has had more than just an unusual start. The first topic on the agenda is the USA-Iran crisis, even though there are many other countries involved in it. The USA killed Iranian general Qasem Soleimani, and then there was the crash of the Ukrainian passenger jetliner. This reminds us of other similar incidents that we had in the past."

Daria Mitina: Some people believe that the United States seeks to leave the Middle East and focus on the Far Eastern theater of operations, to devote itself to relations with China. I do not share this opinion, because I do not see empirical confirmation to this version. I can see the American military contingent in the region growing, but not decreasing.

Yes, we can hear a plentitude of rhetorical statements, there is a lot of political talking going on. Donald Trump reiterates that one should not spend money for no reason. Yet, one must understand that the foreign policy of the United States is the resultant of many forces at once, rather than just Trump alone.

There is a group of hawks led by Pompeo, who do not want to leave the Middle East. There are bare facts too. For example, Barack Obama promised to cut the military contingent in Afghanistan and even began to reduce it. He cut it to 12,000.

Soon after Trump's arrival, we can see that the US military contingent in Afghanistan has already reached 14,000 people. Today, Congress and the Senate discuss increasing it to 16,000.

The Americans are not very good at leaving. They say goodbye and stay.

A similar situation is developing in Syria. Trump announced with fanfare that the Americans were leaving Syria. It soon became clear that they did not go anywhere, but retained control of oil fields and oil refineries in northeast Syria. All this constitutes key elements of the Syrian economy.

The killing of General Soleimani

As for Iran, they made a few attempts to reconcile with the Islamic Republic. Yet, those attempts came to a standstill with the advent of the Republican administration. It is not Trump, but the hawks who are to blame for this.

Many say that the killing  of Qasem Soleimani was designed and implemented by Mike Pompeo. It could be true. At least, he was one of the driving forces. The killing of Soleimani is not just a common American special operation, of which there are hundreds - it was the murder of a key figure in Iranian special services.

The al-Quds unit of special forces of the Iranian Revolutionary Guard Corps was dealing with Iran's special operations abroad. This is a huge area of operations, including military operations in Syria.

Russia is very concerned about that attack.

Iranian divisions of Hezbollah and al-Quds were elements of security architecture in the region, which was developed with the significant participation of Russia.

Iraq is of great importance in this case, because from the beginning of the 21st century the state of affairs in Iraq has turned upside down.

It is Shiites and Kurds who now dominate Iraqi politics. They have replaced the Sunni domination after the US-led military operation in Iraq.

The conflict is dangerous for the whole world. This is a huge, highly internationalized conflict.

This is not a bilateral American and Iranian conflict, which one could turn a blind eye to. It affects all regional security in the Middle East and has an impact on the whole world.

Naturally, all this will have enormous consequences.

The Iranians like to serve revenge cold. No one knows what it is going to end up with eventually. It would be premature to say that everything has calmed down, that the parties have exchanged attacks and that's all. In fact, we are witnessing the beginning of a very complex and dramatic story. I am absolutely sure of that.