Bulgaria becomes a nation of Gypsies and migrants

Russia's demographic strategy has been successful lately, whereas Bulgaria is on the way to lose its identity, Pyotr Ivanov, professor, director of the Demographic Institute of the Bulgarian Academy of Sciences said in an interview with the Bulgarian newspaper Trud. 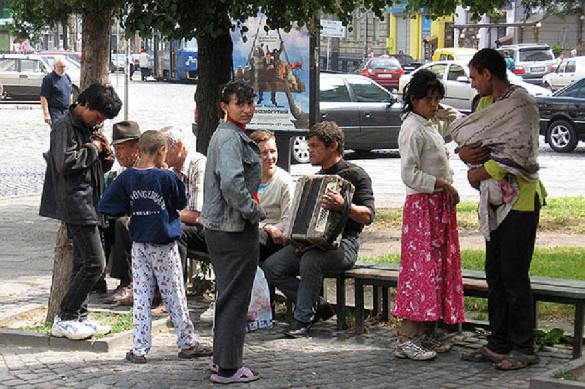 Pyotr Ivanov believes that the list of Putin's measures to struggle against the demographic catastrophe in Russia includes a successful strategy, the core of which consists of efforts to fight against poverty, support family and increase the birth rates.

"Did you know that Russia is spending 7.3 billion euros on this purpose every year! Money for the birth of the first child will be spent retroactively: 467,000 rubles or 6,700 euros, for two children - 8,800 euros, for three - another 6,400 euros. In total, one family will be able to receive more than 1 million rubles through this channel, which amounts to 14,300 euros. The monthly allowance for poor families with children will be 164 euros. All pupils studying in grades from 1 to 4 will get free hot meals. Measures will be taken to combat poverty, improve health and system of education. Such strategies existed for several years in Poland, Hungary, Macedonia," Peter Ivanov said.

According to the expert, Bulgaria enters UN's list of 20 most "vulnerable countries in the world" from the point of view of the demographic crisis. The country's population has been declining sharply from 9 to 6 million people, according to the UN counter.

There are four factors behind this phenomenon, the expert noted:

According to Pyotr Ivanov, the difference between the birth rate and the death rate in Bulgaria is minus 60,000 people a year, another 70,000 emigrate, which accounts for the annual population loss of 130,000 people, or 365 people a day, or for 15 people per hour."

For ethnic Bulgarians, Pyotr Ivanov noted, the situation is even more frightening, because "their population decreases by 19 people every hour, while the number of Gypsies increases by 4 people - there are about 1.5 million Gypsies living in Bulgaria today. By 2050 they will make the majority in the country if it still exists," the expert said.

"Gypsies, for obvious reasons, do not have abortions, they become parents starting from age  11-12 and use the national social support system. Quite possibly, the Bulgarian language is not a native language for 55% of babies who were born in Bulgaria this year. There are no more 28,000 ethnic Bulgarians, who went to school this year," said Pyotr Ivanov.

"We are world champions in mortality, world champions in fast extinction. There are 2.5 million emigrants, we are a very poor, sick, most illiterate, most corrupt (Bloomberg), most miserable (UN data) nation in the whole world," continued the expert.

Is it possible to return the Bulgarians to their homeland?

When asked about the return of ethnic Bulgarians to their homeland, Pyotr Ivanov answered that it was a "very strange and dangerous topic," although there are about 180,000 Bulgarian emigrants living throughout the civilized world."

Bulgarian scientists, continued Pyotr Ivanov, work on another idea: they offer the authorities to create the potential for the proportional integration of immigrants from third countries, primarily  from the Middle East and Africa. They give a specific figure of this potential - 382,000 people per year.

However,  those people, Pyotr Ivanov noted, practice a different religion, they share different values, they have many wives and will represent almost 5.5% of the declining native population of Bulgaria, which includes at least another 25-30% of Bulgarian citizens (gypsies and Turks), for whom Bulgarian is not their mother tongue.

To protect ethnic Bulgarians from extinction, the expert offers the following:

The Demographic Institute of the non-governmental organization BANI believes that it is necessary to develop 24 national programs to combat the demographic crisis - similarly to Russia, Hungary and Poland.

"If my voice remains unheard, the consequences of the nightmare that I described will be terrible for Bulgaria," Pyotr Ivanov said.