Uzbekistan: Sitting between two chairs and begging for money

Uzbekistan has postponed joining the Eurasian Economic Union (EAEU), but the country needs investment to ease the social burden. Tashkent is waiting for best conditions to be offered, but the choice needs to be done quickly, expert Andrei Grozin believes. 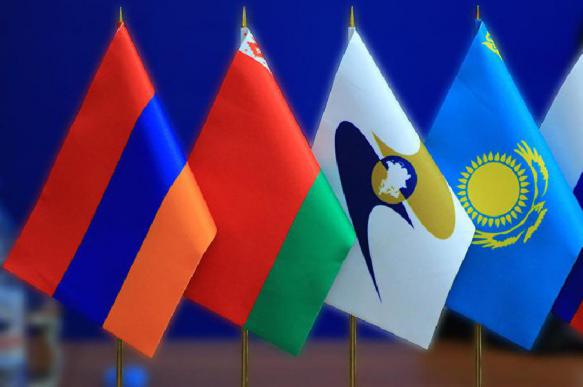 "Know one thing. No one will ever give independence to anyone. Independence is in the hands of the president whom people trust. We will not be a member of this union (EAEU)," the president said at a first meeting of the Senate of the Upper House of the Parliament of new convocation (known as Oliy Majlis - the Supreme Assembly of Uzbekistan).

In the Uzbek version of the same article, the president's words look slightly different and have a different meaning.

"An observer does not mean a member. This is something like a spectator. Having the observer status, we will see what is good for and what is bad for us."

Andrei Grozin, the head of the Department for Central Asia and Kazakhstan at the Institute of CIS Countries, told Pravda.Ru, that the Uzbek leadership always gives abstract answers to the question about the prospects for Uzbekistan's membership in the EAEU. They say that they will join the organization, but tis it not going to happen quickly. According to Andrei Grozin, this position is easy to understand: the glass is always half-full for some and half-empty for others.

"Being a member of the Commonwealth of Independent States, Uzbekistan has always been a supporter of integration agreements that concerned the economic interests of the country. Uzbekistan was the main lobbyist when promoting the free trade zone within the CIS. That is, without entering into any binding agreements, Tashkent has always tried and is trying to defend its national and economic interests," Andrei Grozin said.

He noted that Uzbekistan is a much more interesting economic partner for Russia both within the EAEU and in the framework of bilateral cooperation than other countries of Central Asia.

"This is a more than 30-million-strong market, where one can sell a variety of commodities. During Mirziyoyev's presidency, there is active international economic struggle going on the market of Uzbekistan. Everyone wants to win this market for themselves. Russia feels a lot more confident here than the EU, the USA or China," the expert said.

Uzbekistan, Andrei Grozin says, is the last Eldorado of the region that remains undistributed in terms of production capacities, the potential of the trading market, and the resource potential. All of the riches of Uzbekistan - uranium, cotton, gold, natural gas - all this is a perk for foreign investors, who were not welcome in Uzbekistan during Islam Karimov's presidency.

Nowadays, in connection with access to real privatization, there are interesting prospects opening to  businessmen from leading economic powers, including Russia. The West also wants to play the game: Western media recognised Uzbekistan as the best country of 2019 and advertised its excellent tourism potential, while the OSCE ceased to trash the election process in the country.

What does Uzbekistan need?

According to Andrei Grozin, Uzbekistan needs money and investment. The Uzbek market has been shrinking from year to year. Uzbekistan is also a competitor to Kazakhstan as the most attractive platform for investors in Central Asia.

Uzbekistan's prime goal, according to Andrei Grozin, is to prevent social unrest that may spark due to the lack of jobs, water and food resources. To do this, one needs to modernize the economic system in the country, which came into an absolutely archaic state during Karimov's stay in power.

"More than 500,000 people graduate from schools in Uzbekistan annually and enter the labor market. The republic is simply unable to provide so many jobs. Therefore, in order to reduce the possibility of social protests, one needs to reform economy," said the expert.

The reform has been developing as follows:

Uzbekistan needs integration, but with whom?

During the times of the oviet Union, under the conditions of planned economy, socio-economic imbalances in Uzbekistan, which had been developing at least since the beginning of the 1970s, could be reduced with the help of macroeconomic policies of the Union State, but the situation does not stabilize in sovereign Uzbekistan, Andrei Grozin said. Tashkent is unable to cope with it alone, so the country will be looking for investors for the sake of economic development.

"All the talking about Islamic fundamentalism in Uzbekistan comes as  a reflection of socio-economic problems that the country has been living in for many years. In order to change the state of affairs, the government is running reforms, but this is not happening because Mirziyoyev is some kind of a democrat. This man is flesh from the bone of the previous regime. He had served for 13 years as the prime minister of the country during Karimov's presidency. He is a member of the former elite. The people who now take leading posts in the country are from the same category.  They are running reforms in the country, because they really need money - they are not doing it to get in good graces with the West," Andrei Grozin said.