Having killed Iranian general Qasem Soleimani, the United States has canceled all international laws and treaties, all personal rights of any person and entire nations. The existence of the United Nations Organization does not make any sense. It makes no sense to conclude and abide by treaties, at least with the Americans. The Americans act as if they are gods. Is God going to respond? 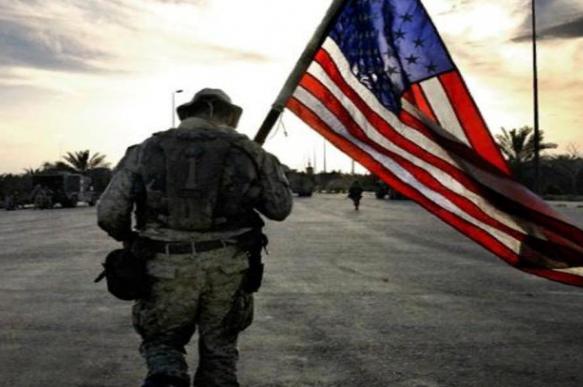 Consolidation of Iran and polarization in USA

"Mrs. Mitina, you say that Donald Trump has polarized the American society and consolidated the Iranian society even more. We could see it in the footage of Soleimani's funeral - there was a sea of people there."

Daria Mitina: Moreover, it is quite obvious that Qasem Soleimani, just like the Revolutionary Guards Corps, was not an authority for the Iranian society on the whole.

The political situation in Iran is very complicated now. We know that in recent months this republic has seen many anti-government protests, and many in the country were angered by the actions of the. And there was very great bitterness in certain environments against the activities of the Iran's Revolutionary Guards. Basically, the people took to the streets to protest against domestic policies of the Iranian administration on the whole.

Qasem Soleimani is a different story. Nevertheless, it backfired at him as well. His killing made millions of Iranians rise and take to the streets. Of course, there are many of those who grieve for General Soleimani. Most likely, most of the people took to the streets to express their protest against the United States and voluntarist behavior of the Americans.

"There are massive protests in the States too."

"Indeed, but I am far from the illusion to believe that all those people who rallied in New York and in Washington, treated Qasem Soleimani with respect one way or another. I think that most of them do not even know who Soleimani is.

For most of them, it was a common anti-Trump rally. Those people mostly represent electorate of the Democratic Party. They took advantage of the crisis to protest against arbitrary actions of the Trump administration.

Trump is to blame but he is not the only one

It would be wrong to believe that it is Trump and the Republican administration, who are to blame for the crisis. The matter is not about either specific individuals or political forces. Let's see what and how was happening in the United States during the past 20 years.

Both Democratic and Republican administrations behave equally. For example, the Clinton administration wiped out ф European state in the heart of Europe - Yugoslavia, they eliminated Milosevic, and many leaders of the Serbian national movement. The Bush administration destroyed Saddam Hussein and ripped Iraq into pieces.

In fact, the Americans appropriated, usurped the right of a higher international tribunal over entire nations.

Barack Obama was not warm and fuzzy either. Suffice it to recall the role of the United States in inciting inter-ethnic strife to set one ethnic group against another, to orchestrate the Arab Spring in many countries.

We all know how it all ended - look at Libya. In the United States, the elite stays united. They maintain an ideological unity of the two warring parties in America. This confrontation should not mislead anyone.

One can clearly see the aftermath of the bloody crimes of imperialism - this may be an obsolete term, but it is a very true one - but we can see that history repeats itself in Iran now. The Iranian general, an influential politician of a foreign state, was sacrificed to instantaneous interests.

It's not without reason that meticulous people found Trump's tweets from 2011, in which he was urging others not to let Barack Obama unleash World War III. He would call not to attack Iran for the sake of domestic political goals. Trump tweeted that in 2011, when Obama was also trying to gain political points in foreign.

As we all can now see, Trump is doing exactly the same thing. Less than a year is left before the election, he is facing impeachment and all other problems  are on the nose. Therefore, no matter how cynical it may seem, we see yet another confirmation to Carl von Clausewitz argument, (Carl Philipp Gottfried von Clausewitz was a Prussian general and military theorist who stressed the "moral" and political aspects of war), who said that war is a continuation of politics by other means."

Mr. Polosin, do you agree?

International security system has been canceled out

Vyacheslav Polosin: Unfortunately, all this is true, which is very sad. But you know, I would say that after the First World War there was an attempt made to create an international security system, the so-called international law. The League of Nations was established for this purpose, but the attempt failed quickly, and after World War II, the UN was organized.

This system had been functioning more or less efficiently for a long time. It did provide relative stability for years.

By killing Soleimani, Trump has completely abolished the international security system. Donald Trump has assumed the role of world master of destines. It was not someone completely unknown who did it, like, for example, the man, who shot a Russian ambassador dead in Turkey. It was an initiative of the Trump administration.