Gun policies in the US: What's new?

As you already know, gun policies are a very sensitive topic in the US, especially given the increasing number and frequency of shootings throughout the country. 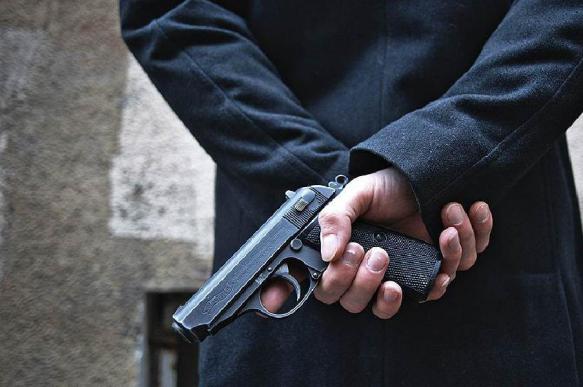 For example, the end of 2019 brought a new change to how Walmart deals with the sale of guns and ammunition, following a shooting at one of its Texas stores that left 22 people dead. As such, you can no longer buy assault-style weapon or handgun bullets in Walmart.

On the other hand, the gun policies are bound to change, as the electoral race is quickly closing in, so to say. In fact, almost all of the Democrats that are part of the presidential elections have answered a survey meant to determine their standing on guns and gun policies in the US.

If you're up to date with US media, then you should know that more and more people stand by the words of the former congressman of Texas, Beto O'Rourke. Following the previously mentioned Texas massacre, he emphasized his proposal to ban semi-automatic weapons and to engage in a mandatory buyback of them.

However, O'Rourke is now out of the presidential race - and his idea seems to have left at the same time. Still, voluntary buybacks were suggested by Buttigieg and Biden, making their gun policy plan look more favorable for the majority of the US citizens.

Even if all of the Democrats that take part in the presidential race have their little differences - which is completely normal - they all seem to support a single aspect of the gun policy.

Namely, all the Democrats support a ban on assault weapons, as well as universal background checks for those that want to purchase or already own a weapon. On top of that, sources suggest that at least one Democrat will make gun violence one of the central issues in their campaign.

When it comes to Trump and the Republican lawmakers, they didn't seem that interested in the discussions about any new gun policies. Trump, for example, expressed his support for the red flag law that allows the authorities to take away an individual's guns if there's a proof of a risk of violence - and that's pretty much it!

Measures like the ban on assault weapons and the universal background check weren't addressed, as the Republican lawmakers preferred to talk about connections between violent media, violence, and mental illness - connections that are rather questionable.

Even though for the moment, these changes only affect the Walmart shops and stores, they may soon come to other institutions as well. Why?

Well, first of all, the CEO of Walmart asked the Congress to pass stricter gun laws - even though such changes would reduce his firm's share of the ammo market down to 6-9%, from 20%.

As for the actual changes, handguns are now no longer sold in Alaska and the customers of Walmart were asked to stop carrying firearms openly - regardless of state and gun laws. Obviously, several Democrats, as well as politicians and celebrities, have praised Walmart's decision.

Therefore, it goes without saying that we may soon see such changes throughout the US.

The End of Loopholes

The boyfriend loophole or the Charleston loophole may soon vanish as well, given that the Democrat candidates are in the favor of their closing.

The aforementioned loopholes made it easier for people to get a gun. The Charleston loophole, for example, states that if a background check takes too long, you are allowed to obtain a gun without it being completed.

On the other hand, there have been some candidates that called for gun licensing as well - namely, one would require a license in order to purchase and own a firearm.

Booker, Buttigieg, Yang, and Warren all support a federal system based on gun licensing that would require owners of guns to get a license before buying and owning firearms.

Such a system would probably be based on the one available in Massachusetts.

There, if you want to get a gun license, you'll have to undergo a background check, as well as a vetting process based on photos, interviews, a gun safety training course, and fingerprints.

Bennet and Biden, on the other hand, seem to be cautious toward the idea, as they didn't express their thoughts on it.

The Voice of the Candidates

Lastly, let's take a look at some of the new ideas that are on the gun policy market - and that we should keep an eye on.

Finally, it is worth mentioning that there have been some talks to increase the minimum age for gun purchases. Moreover, candidates support the increase of the waiting period, as well as a purchase limit of a single gun per month.

As mentioned at the beginning of this article, some Democrats support buyback laws and would like to see the US stripped from AR-15s, so to say.

The buyback program would allow owners of assault-rifles to sell their guns to the government. Naturally, the main issue here is that the American people don't want to give up their - probably - most favorite gun!

As such, buybacks are seen as the most divisive gun policies at the moment - it is unknown whether they'll be applied or not.

Overall, it goes without saying that gun policies are on the verge of changing.

A lot of the Democrats support laws and changes that would change how guns work throughout the US. On the other hand, we must take Republicans - and Trump - into account as well.

It seems that the latter is trying to connect violent media - such as videogames - and mental illness with violence in general. This is a rather questionable approach as no Democrat candidate has shown support or interest in this topic.

Naturally, we are yet to see which of the above gun policies that are currently new on the market will stay for good in the US - and eventually change the country!