There is one big, profound difference between USA and Russia

Having killed Iranian General Qaseem Soleimani, US President Donald Trump was hoping to strengthen his position before the election. However, it appears that Trump has played not only against Iran, but against himself too.

In general, this applies to the United States as a whole, because the presence of US military in foreign countries causes an outburst of anti-American sentiments there. The Americans have become the greatest enemy of the Americans. Why did it happen? 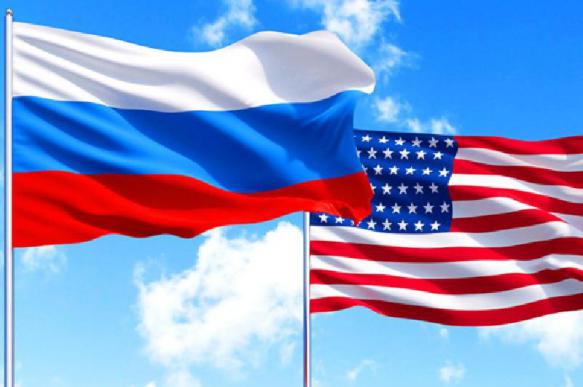 Lyuba Lulko (Stepushova), an international observer of Pravda.Ru, talked about it in an interview with Valery Garbuzov, the director of the Institute of the USA and Canada of the Russian Academy of Sciences.

"Mr. Garbuzov, do you think that the Iranian authorities hope that Trump will lose the election, a Democrat will take office as new president and then something will change?"

"You know, many pray for Trump to lose the election."

"They do not have any other hope in Iran."

"Indeed, but the policy of the United States in relation to the countries in the Middle East has not been the same:

"Otherwise, the United States will have to leave the region, because the Americans have become a thorn in the side even for their allies in the region."

"But the United States maintains military presence in other countries of the world."

"USA's presence in different parts of the world causes mixed reactions It raises anti-American sentiments in most cases. This is a classic reaction.

In the Middle East, anti-American sentiment is running high. They despise the USA in the Middle East. In general, the USA needs to think of ways to restructure its policies in the Middle East, but the USA has been acting in a very rude and straightforward manner, especially recently. As a matter of fact, no other country, not even China, acts like that now.

China, perhaps, has learned most lessons from the American policy of globalism. It seems to me that the Americans are making their own sworn enemy out of themselves.

USA and USSR: The big difference

"Does it remind you the Gorbachev time, when the Soviet Union fell apart because we could not come up with something new to change the system?"

"There is one big and profound difference between the USA and the USSR.

When the American leadership does something wrong, makes mistakes, makes completely obvious mistakes, intentional or unintentional ones, then there is always a clear and fairly simple way out - to re-elect the president. People go to the polls to elect their new president every four years, and no one can change it. Nothing can change it - not even a war or a natural disaster. If Trump has made many serious mistakes, then the Americans have an opportunity to replace him. Yet, he can keep his place in the White House. If the American society Yes, he might stay in the White House, or he might not. And if you cannot replace it, then the American society needs to question its own nature.

"For some reason, when we have a similar situation in Russia, when we don't like what our president does, we cannot replace him with any other president due to different circumstances.

This, of course, is our big problem and our big mistake.

The worst thing about the foreign policy in the United States is that the shortcomings of their foreign policy behavior get conserved. The Americans do not need that at all, because it causes a wave of anti-American sentiment.

"Are you talking about a matter of internal political struggle, or is it manifestation of discontent of the common people? Or is it a power struggle?"

"Many people think that this is a matter of struggle of the US political elite, and in fact this is all true. However, it does not mean that the masses do not take part in this struggle. There is no other country in the world, where the electorate would be more involved in the political process. When they say that the Americans vote to elect their president, they really mean it.

Of course, the political elite plays a very big role in all this, but it is not the elite alone. If it were only for the political elite to say its decisive word, Trump would never be elected. He would never become president, because the entire elite was against him. It was the people, who came to realize that globalization was bringing them big problems, so they went to vote for Trump in a hope that he would be able to solve these problems.