Will Trump destroy America if he wins?

Is the US the only global superpower? Do the Americans love Trump? Will he win the 2020 election? Will he destroy America if he wins again?

Does Russia need the American globalization? Will there ever be time when effective sanctions can be imposed on the United States? Who is going to win the war of civilizations?

Lyuba Lulko (Stepushova), an international observer of Pravda.Ru, asked these questions to Director of the Institute for the USA and Canada, Valery Garbuzov. 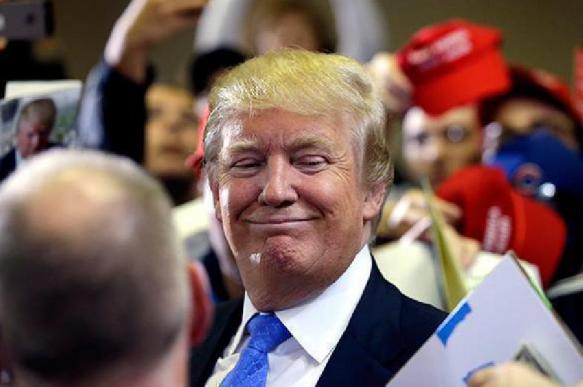 Is Trump going to win the election?

"Do you think Trump is going to win the election? Is it the domestic agenda that prevails in the United States today?"

There is a sign in America: if the president is re-elected for a second term in the year of economic recovery, he never loses.

Therefore, if the economic recovery continues till November, then Trump, of course, will stay in the White House. But there is still time. If problems with economy arise, then he will have problems too.

I believe that the Democrats have wasted all the years of Trump's presidency. They were trying to attack him in all possible ways, they organized his impeachment, but they should have been doing something totally different.

They should have tried to think how they could raise a young leader who would be competitive in countering Trump.

But they did not. Look how many candidates they have - more than 25. They will not be able to beat him either collectively or one by one. Trump is invincible here.

His trump card is his ability to mobilize people, his electors.

People follow Donald Trump, not all of them, of course, but the number of his followers is enough to win in undecided states. He can win just like he won in 2016. I think that he is going to show the world what he can do this year, just like he did in 2016, no matter what.

Although as a statesman, Trump is much weaker.

Will Russia respond with sanctions to the USA?

Do you think there will be time when other countries impose sanctions on the United States?  What sanctions can they be?

Sanctions can be different. There are international sanctions that are initiated, for example, by the United Nations Organization, and we believe that such sanctions are legitimate. There are sanctions that one state like the USA initiates, but they put together a coalition.

The Americans initiated sanctions against Russia and put together an anti-Russian coalition very quickly.

Moreover, they are extraterritorial sanctions that target the countries that violate those sanctions.

We consider those sanctions illegitimate, but they work. It would be very difficult to impose such sanctions on the USA.

Many do not like it, but it is true.

Is it going to end some day? The pendulum will swing.

It would be nice if this globalization could work for all members of the world community.

This is not going to happen. The West is in charge, and the West has its own laws and its own Western values. There is the East, there is the Middle East - there are completely different values there, where elements of Westernization come across strong resistance.

The East is too reluctant about globalization, especially when it goes in such a rude manner. Anyway, globalization is the future. At the same time, the future is about the clash between those who endorse this globalization and those who do not accept it. In fact, the war of civilizations is gathering pace right before our eyes.