Dutch MPs were surprised to find out that they were barred from entering Russia. They wanted to have a "constructive conversation" with Russia, throwing mud at Russia while staying on the territory of Russia, but they were not allowed to. 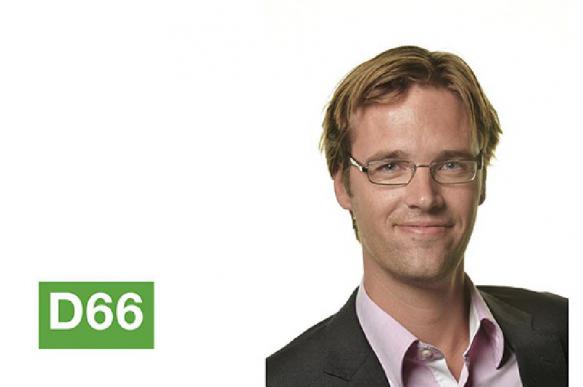 Moscow refused to grant a visa to Sjoerd Sjoerdsma, a deputy from the Democrats 66 party, Dutch website nu.nl reports.

The publication quoted the Russian Foreign Ministry, a representative of which said that colleagues from the Netherlands "deliberately" included a sanctioned person on the list of delegates. The Dutch side was informed in advance that including Sjoerdsma in the delegation was undesirable because of his aggressive statements about Russia. However, despite warnings, The Hague deliberately arranged the provocation while being well aware of possible consequences, the statement from the Russian Foreign Ministry said.

"That is, (the Dutch) wanted a scandal to break out. They were not striving for a constructive discussion of ways to straighten the Russian-Dutch relations and issues on the international agenda," the Foreign Ministry said.

Russian diplomats believe that The Hague did not want the visit of Dutch parliamentarians to take place. Having canceled it under the pretext of solidarity, authorities ritually blame Russia.

What did Sjoerd Sjoerdsma do?

Nu.nl indicates that the Russian Foreign Ministry banned Sjoerdsma from entering the country, because he called for an early termination of the "disastrous year of friendship" in 2013, to boycott the Sochi Winter Olympics and hold Russia responsible for the crash of Flight MH17.

"I do my job as a member of the parliament. I ask questions about violations of human rights and international law. This means that I criticized the Russian anti-gay law in 2013 and defend the interests of relatives of the MH17 disaster," the Dutch MP said.

Russia did not allow Sjoerdsma defame the country

The Dutch official says that it is absurd for him to be in the center of a diplomatic scandal.

"We must talk about Russian journalists who can't do their job, about the annexation of the Crimea, about the rights of the relatives of MH17 disaster. This is what should be discussed, but Russia makes it impossible for us," he said.

On Monday, Dutch Foreign Minister Stef Blok was informed that Russia denied entry to the member of the Democrats 66 party deputy, which stopped the Dutch delegation from entering Russia. Blok's attempts to куsolve the situation in a conversation with the Russian ambassador by removing Sjoerdsma from the list did not help, and the parliament canceled the trip, writes nu.nl.