Is USA going to invade Venezuela after presidential election?

It has been a year since the time of the attempted coup in Venezuela. It has become clear that the attempt of the United States was not successful. However, the people of Venezuela still have trouble sleeping. 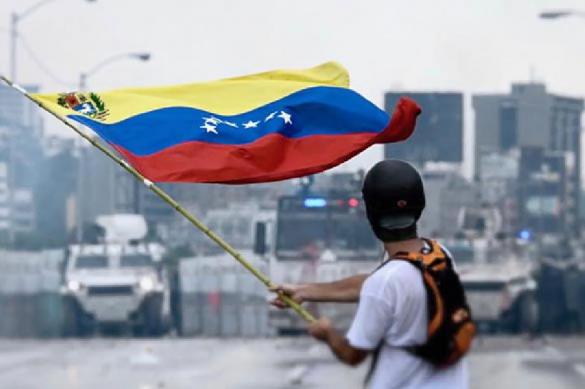 Venezuela has Chavez in its heart

The Trump administration underestimated the support Venezuelan President Nicolas Maduro would receive both inside and outside the country.

Juan Guaido was not re-elected chairman of the opposition National Assembly. Guaido, the puppet, travels around the world begging for sanctions to be tightened further. Attempts to force the Venezuelan military to turn their back on Maduro have failed as well. Chavism is an ideology that the Venezuelans cherish and protect.

The introduction of free market elements has done its job, and people could finally see food products in stores.

Russia, Cuba, China, India and even Turkey, a US ally for NATO, help Venezuela overcome sanctions that prohibit the purchase of oil and gold. Of course, these countries help while respecting their own interests.

In nine months after their introduction, almost a half of Venezuela's estimated oil exports worth $ 1.5 billion went to India: the fuel was sold to a Russian-Indian joint venture, part of Russia's Rosneft giant, The Wall Street Journal wrote with reference to Genius.

The remaining part of Venezuelan oil goes to China, Turkey and other countries.

According to Venezuelan authorities, since the end of 2018, the United Arab Emirates has purchased gold from Caracas worth $1 billion. According to US intelligence, the real volume of gold exports is much higher with trade going through intermediaries in Colombia, Uganda and other countries.

Nevertheless, against such a fiasco, the United Stattes does not abandon its plans for an armed intervention in Venezuela.

Mike Pompeo said in an interview with El Nuevo Herald and Miami Herald on Thursday that the USA does not have much time to make Maduro leave. According to him, the Maduro regime "understands very well" that the USA and the EU will see the arrest of Guaido or any other senior leaders of the National Assembly as a serious violation of freedoms and rights of the Venezuelan people. Pompeo did not disclose details of future sanctions against the governments of Russia and Cuba, which he accuses of supporting Maduro.

The US administration continues to analyze where the money for the Maduro regime comes from and how.

US plans for Venezuela intervention

In this regard, the article by military observer of The National Interest, David Ax titled  "Why it would take at least 100,000 soldiers to invade Venezuela" seems very interesting.

"The problem is that an invasion could further destabilize Venezuela, hurt, kill or displace countless innocent Venezuelans, alienate the U.S. government in a region that is hostile to American meddling and also get a lot of Americans killed," the author writes.

Ax refers to the opinion of military expert Shannon O'Neil, who noted to Bloomberg that an invasion of Venezuela would require more power than an invasion of Grenada and Panama, and could be more risky.

Venezuela "is twice the size of Iraq with only a slightly smaller population, and teeters on the verge of chaos. Any invasion requires preparations on a similar scale, meaning a 100,000-plus force."

US troops are unlikely to be welcomed in Venezuela, he added.

"A poll shows a majority of Venezuelans, including a plurality of those in Venezuela's opposition, oppose an invasion. A U.S. military presence would play into, and would at least in part validate, [Venezuelan president Nicolas] Maduro's loudly proclaimed imperialist conspiracies."

The reason for the intervention is ready

Reflecting on the pretext of the intervention, Ax indicates that on May 2, 2019, SOUTHCOM commander Craig Faller told the congressional committee that the most likely scenario is a military mission to assist US citizens in evacuating from Venezuela. About 200 US troops are deployed in Colombia and can immediately assist in the evacuation, he said.

"The most aggressive contingency plan they are looking at would be one that would protect American citizens if for some reason there were a backlash against them. That would be the only circumstance in which I could see U.S. troop presence," he said.

The Americans have recently accused Maduro of protecting Hezbollah. Vice President Mike Pence said that he gave Iran shelter for his agents.

If there a provocation with victims among the Americans living in Venezuela, the US will intervene. The Americans already working on Latin American countries to have a certain amount of support in case of aggression. In fact, it is only Cuba, Uruguay, Mexico and Argentina that support Maduro, or rather his legitimacy and sovereignty. It is not at all a fact that they will stand up against American aggression in other circumstances.

Of course, Trump does not need a bloody operation in Venezuela before the US presidential election, but who knows what is going to happen after. His reputation as president is at stake by the way.