The Pentagon announced the deployment of sea-based ballistic missiles outfitted with low-power nuclear warheads. The purpose of the move is to counter the "Russian threat," obviously. John Rood, Under Secretary of Defense for Policy, said that the measure was taken to reduce the risk of nuclear war. 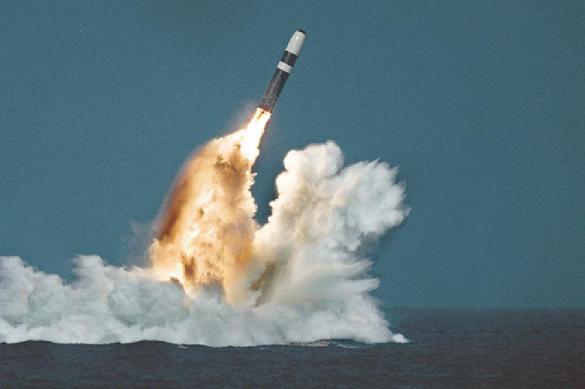 Lame excuse from the Pentagon

The Pentagon has thus responded to the tactical arms in Russia's disposal. However, many found this explanation insufficient.

Those who criticize the policies of the current American administration are convinced that such a move increases, rather than diseases the risk of nuclear war. The power of W76-2 nuclear warheads is about a third of the power of the nuclear bomb dropped on Hiroshima.

Bruce Blair, the co-founder of the Global Zero International Group for the Elimination of Nuclear Weapons, stressed that the assumption of low-power nuclear munitions being more suitable for use in an armed conflict is misleading. Any use of such weapons may trigger a global conflict, he said.

Will anything change for Russia?

Viktor Murakhovsky, the editor-in-chief of The Arsenal of the Fatherland Journal, agrees with Blair's point of view.

"One needs to realize that launching such a missile on a target means using strategic nuclear weapons regardless of the type of warhead and its capacity. Therefore, nothing has changed from the point of view of strategic stability and strategic parity," the expert told Pravda.Ru.

According to US officials, the technical characteristics of the Trident missile (a submarine-based weapon), on which those warheads are mounted, make it possible to use them as high-precision weapons with minimal collateral damage, even though the notion of minimal damage sounds strange in relation to nuclear weapons, Viktor Murakhovsky noted.

"The very fact of the use of nuclear weapons regardless of the power of the warhead will mean a quick jump to a completely different warfare. It does not matter, where nuclear weapons are going to be used - whether the target is Russia or any other country," the expert said.

According to him, Russia will resort to the full power of strategic nuclear forces as a retaliatory strike in reponse to the use of such a missile. The power of the warhead is irrelevant here.

The other side of the nuclear button

Victor Murakhovsky pointed out another aspect of the problem: the US is currently running a program to upgrade Trident and Minuteman nuclear warheads.

"The service life of nuclear warheads is limited. It lasts for a few decades, but the degradation of the warheads still takes place. This prompted the Americans to launch a program to upgrade their nuclear warheads," he said.

According to the expert, the upgrade program consists of several stages:

"This is the first stage of the upgrade. Next, they will proceed to the replacement of nuclear warheads for Minuteman ground-based missiles. The upgrade for nuclear bombs is drawing to an end. Mind you that they have upgraded their nuclear arsenals of tactical nuclear bombs with low-power warheads too. Most of those bombs are deployed in Europe, "said the expert.