Democrats make Trump most likely winner of US presidential election

Democrats did not succeed in their palace coup to impeach Trump. They did not dare to count on their supporters among American citizens. 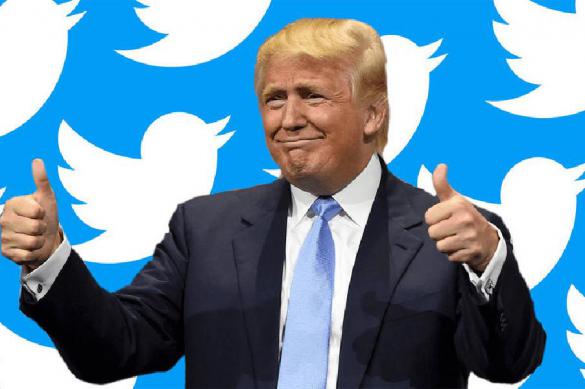 The total failure of the Democratic Party

On Wednesday, the US Senate voted to acquit President Donald Trump on charges of power abuse (52 votes against 48) and on charges of obstruction of Congress (53-47). For impeachment to take place, senators had to collect at least two-thirds of the vote (67 mandates). However, in the course of two votes following the results of the last trial, this did not happen. No wonder, as  the majority in the Senate belongs to the Republicans.

The Democratic Party has experienced a political disaster, which will affect the upcoming US elections - both the presidential election and the elections in the House of Representatives, where the Democrats may lose the majority.

A Gallup poll shows that Trump's approval ratings increased from 39 percent in 2019 to 49 percent by the end of the impeachment process, which is the highest level of approval of his presidency so far.

Foreign policy is not a reason for a palace coup

The Democrats failed, because they were criticizing Trump solely in issues of foreign politics.  In particular, they claimed that Trump was reluctant to struggle against Russia at full strength just because he could probably be Putin's agent.

The Democrats fabricated evidence that the Trump campaign in 2016 was arranged by the Kremlin to undermine US democracy and sow discord in the United States.

The anti-Russian campaign evolved into hysteria that could only be compared to the "witch hunt" during the 1950s (for cooperation with Communists). However, they could only prove that Russia spent several hundreds of thousands of dollars on political advertising on social media. This is just a tiny fraction of the many billions that corporations and individuals spend on presidential candidates.

After the failure of their "Russiagate investigation" led by former FBI director Robert Muller, the Democrats did not calm down and went on an impeachment crusade paying first priority attention to the external factor that common Americans could only care less.

They accused Trump of power abuse in connection with his decision to suspend assistance to Ukraine for the time of Kiev's investigation into the activities of the son of Democratic presidential candidate Joe Biden at Burisma gas company.

According to the Democrats, Trump needed to get information from Ukraine that Hunter Biden had received a million dollars of salary "for nothing." The conflict of interests eventually ruined Joe Biden's  presidential ambitions.

However, that conflict does not represent anything criminal from the point of view of the American society. According to another Gallup poll, about 75-80 percent of Americans consider the US authorities to be corrupt. If someone plunders Ukraine, the majority of American people show no interest it in.

What about the support from the discontented population?

It is worth recalling here that Democrat Hillary Clinton overtook Trump in the 2016 elections in terms of the number of votes cast for her in absolute terms. Let us also recall large-scale anti-Trump protests that took place in the USA the day after the inauguration of Trump and continued throughout the whole next year. There were slogans voiced about the rights of women, immigrants, protests against the abolishment of the Obamacare health insurance system and so on and so forth.

However, the Democrats did not dare to support the revolution from below, and we can  understand why - the sad experience of their activity in organizing "color revolutions" in other countries still leaves a bad taste in the mouth.

In fact, Democrats would very often collaborate with Trump in domestic affairs - in the bills to reduce corporate taxes, strengthen anti-immigrant policies (they approved the funding for the wall with Mexico), build record-high military budgets and raise the limit of the public debt.

Let us note that:

Trump is strong like never before, and he has good chances to win the next presidential election in the USA. What will the Democrats do? Will there be a revolution?

What policy is Trump going to pursue in his relationship with Russia?

Konstantin Blokhin, an expert at the Center for Security Studies of the Russian Academy of Sciences, told Pravda.Ru, that nothing is going to change in the USA as far as Russia is concerned. There is the bipartisan anti-Russian consensus in the United States. The Republican and Democratic parties are Russophobic organizations. All their strategic documents highlight the containment of Russia as a major goal.

"Bernie Sanders is 78 years old, he has a whole bunch of illnesses, and his too left-wing bias frightens not only the Democrats, but also the capitalist America. Joe Biden is a system-oriented  politician, he has no charisma. All this is like going back in time for the Americans."