Who profits from coronavirus epidemic? 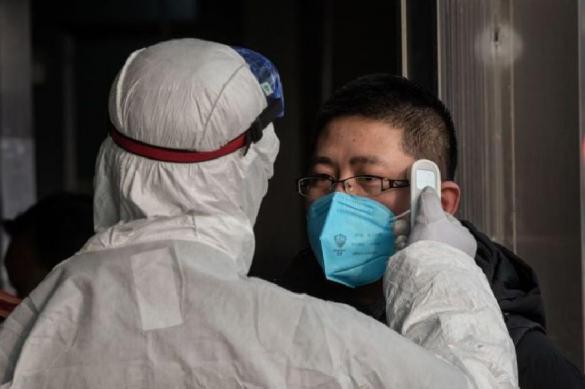 The Kuril Islands were transferred by Russia to Japan following the war of 1905, and then returned to the USSR. Why do the Japanese consider them to be Japanese territories and celebrate the Northern Territories Day?

Inna Novikova, editor-in-chief of Pravda.Ru, asked these and other questions to Vladimir Pozdnyakov,  a member of the State Duma committee for control and regulation, a member of the Communist Party faction.

"Mr. Pozdnyakov, you said that one should not support all this excitement around the coronavirus. Can it be stopped and should it be stopped? Don't you think that all this attracts attention to safety measures and drug development ..."

"Well, of course, precautions are needed. Of course, let them develop and test, but there's no need to get ordinary people involved in all thus media hype."

"Russia is already developing a vaccine together with China."

"At the same time, pharmacies already offer antiviral drugs, some immunomodulators that are supposedly effective against this virus."

"This is precisely because of the hype, they want to boost their sales. It may sound cynical, but China is a 1.5-billion-strong nation, where less than 1,000 people died because of the new virus. There are single incidences in other countries. Just think about how many people get killed in car accidents - it happens all the time, but we do not talk about it that much, we do not get horrified. As for the coronavirus epidemic, it's there for a reason, someone profits from it this way or other.

"In the past, during outbreaks of SARS, bird flu or swine flu appeared, all the world media would immediately shout about the pandemic. Some assumed that it is the World Health Organization that profits from all that in the first place.

The larger a scandal, the more panic is sows, the more funds WHO and its organizations receive for the development of vaccines."

"Let's talk about Donald Trump and his failed impeachment. Why did it fail?"

"It is US policy-makers who wanted Trump impeached. What do common Americans think about Trump? They like him. He gave many an American dream about getting a good, decent job. He built that wall on the border with Mexico. He keeps his promises. He promised to pull US troops out of Syria and Afghanistan, so we can see whether he can keep that promise."

"On February 7, Japan celebrated the Northern Territory Day. They consider the Kuril Islands  their own, Japanese lands, even though they were historically part of Russia. Of course, we still do not have a peace treaty with Japan after the Second World War, but they are the defeated party, and we returned our land. The Japanese signed all the documents, recognized the new redivision of the world. Everyone talks about the inviolability of the borders of 1945. Why does Japan want to change all that?"

"The original, indigenous people of Japan are the Ainu. Immigrants from Asia, China, Vietnam, and Korea, who came to Japan, they assimilated with the locals. That is, our Ainu people and those who live in the territory of today's Japan are close peoples. Japan is our neighbor. We must live together with them.

I will not analyze the causes of the Japanese-Russian war of 1903-1905. But we lost in that war, and we gave them the South Kuril Islands and the islands of the Kuril ridge. In 1945, the USSR conducted a quick 23-24-day war, when the Soviet troops, the Red Army, destroyed the million-strong Kwantung Army. It was by agreement with the coalition, in cooperation with all those countries (China had already joined the Potsdam Conference by that time) that we returned those islands and those territories.

and the southern part of Sakhalin was returned.

These are the Russian islands, they were part of the land of Japan for a very short period of time, between two wars.

They say that those are historically Japanese territories, but this is not true to fact.

This maintains a dysfunctional relationship between the two neighbors. Of course, I know that in 2009, the Japanese parliament made a decision to celebrate such a day, but now I am a member of the group for relations with the Parliament of Japan. We are trying to find a common language so that there aren't such complicated, difficult relationship between Russia and Japan.

Is there a US army base in Japan? Yes, there is. Did the Americans drop two atomic bombs on Hiroshima and Nagasaki? They did.

"There are many people in Japan, who think that it was the USSR that dropped those bombs."

"Indeed, there are many of those in Russia who do not know who won the Great Patriotic War. By the way, why don't we celebrate the Victory Day over militaristic Japan on September 3? This holiday was established in 1945, it was celebrated before 1995 and then it was canceled. After all, 1 million 831 thousand soldiers who fought against militaristic Japan were awarded the medal "For Victory over Japan." We need to remember this date."