The healthcare system remains a major concern for every American. With the start of the presidential campaign this year and the beginning of the nomination of candidates for this post, this became evident again. 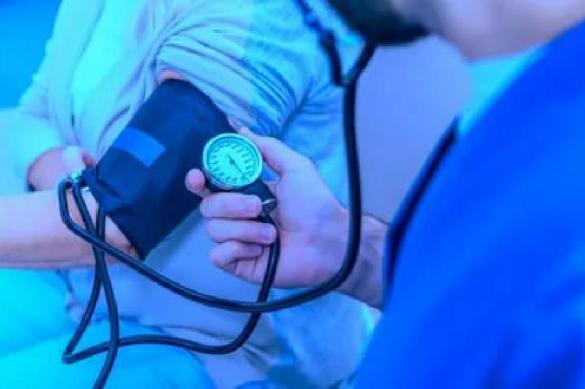 A CNN poll conducted on the eve of the Iowa primaries and published on February 4 showed that the topic of healthcare was leaving other essential topics behind.

US foreign policy issues concern 13 percent of voters. Although for those who will (or most likely will) vote in the presidential election for the Democratic president, the current Republican master of the White House remains their number one problem. Three out of five respondents in this group said that the main criterion is that the candidate should defeat Donald Trump, and it does not matter much whether the candidate is going to share peoples' concerns.

The US health care system is the largest and most complex one in the world.

There is the federal Medicare program, whose clients are mainly elderly people (over 65), as well as those with varying degrees of disabilities.

Another program is called Medicaid, which, in fact, covers "everyone else" - those who can not afford insurance-based medicine.

The "I'm poor" criterion is not enough to gain access to medical services in the Medicaid system: in different states there is a different scale for assessing the level of poverty, other factors are taken into account too.

To understand how complex the American healthcare system is, suffice it to say that it consists of four parts, which provide proper medical care, hospitalization services, supplies of medicines - and for some of the services still require payment, for example, to purchase health insurance policy from the state, not from privately-owned companies.

Treatment is more expensive than health

Some employers conclude contracts with insurance companies - and offer their employees ready-made policies. Some others subsidize a certain part of the cost of the insurance policy. In 2016, an individual policyholder would pay an average of $321 for the policy; the family policy cost $833. This is a lot, which leaves 44 million Americans uninsured. There are estimates that almost as many have policies with insufficient coverage - for example, they suffer from a chronic disease that will sooner or later require inpatient treatment, but the insurance program does not provide for such a service. The situation varies from state to state, from industry to industry, and, of course, depends primarily on the income of a person or a family.

The scale of the system: in 2018, Medicaid alone reached $597.4 billion in finance, accounting for 16% of all healthcare costs. The same year, as much as $1.243 trillion dollars (34% of all costs) was spent in the private system of medical services. In general, all the money that companies and individuals spend in the industry makes up $3.6 trillion, or 17.7 percent of US GDP.

A few days ago, Peter Murphy wrote a post about an encounter with this system and what consequences it may entail for those, who do not have insurance. The famous musician started as a vocalist in Bauhaus band that used to be popular in the early 1980s. After its breakup, like other members of the group, he continued his solo career. Since 1992, Peter Murphy, a native of England's Nottingham, has been living in Istanbul, turkey. His wife, Beyhan Murphy, is the main choreographer of the Turkish National Contemporary Dance Ensemble. However, Peter Murphy plays his concerts on both coasts of the United States - in Los Angeles and New York. The intense touring (about 90 concerts in less than four months at the end of 2018 and in early 2019) affected the health of the 62-year-old musician. On August 14 last year, he suffered a heart attack, with which he was hospitalized to a New York clinic.

Peter Murphy wrote about a different experience. On February 11, he posted a post on his page:

Recently, in the run up to my NYC Residency shows at Le Poisson Rouge, as I landed I caught the worst head and throat cold you can imagine, resulting in my not being able to sleep properly for at least three days due to a mixture of jet lag and being so sick.

My team finally took me to a well known urgent care/emergency clinic in NYC whereby I had my lungs and heart checked, pulse, temperature.....then I sat and waited. Finally, a doctor popped his head around the corner and said "hi, hello my name is Dr. Such and Such and I would recommend one Xanax to help you sleep." I said "OK, thank you very much, how much will that be?" $2000. Again. Walk in to a little clinic, get a little check up, and prescribed one Xanax at a cost of $2000.

Today, I'm back in Turkey. I get my throat checked by one of the most reputable ear, nose, and throat specialists in the private care system here in which I'm insured because I wanted to make sure that in an affordable health care system a doctor would look at me properly. As it turns out, I get an exam, advice, and medications and everything is good. The twist here is, and the point here is, the doctor here doesn't know me that well but we've become very friendly and he refuses to take a fee based on that fact (and this is a very a Turkish thing). [...] I realize, on the ground, how seriously broken the system is that the US purports to be a health care system. How do people afford that?

Note that we are talking about a rock star with a successful career that has been going on for more than 40 years. Peter Murphy is worth $10 million.

As a result, the monstrously expensive system turns out to be just as monstrously ineffective. It creates a unique inequality in access to medical services. Perhaps this is the most serious socio-economic problem in the United States today.

The main project of the Obama administration was the Affordable Care Act - a system of measures that complement Medicaid and Medicare, enabling most of the population to get a health insurance policy.

However, Obama's initiative caused a negative reaction on the part of other social groups. If you have been regularly paying for your policy for many years, you will not like the fact that others suddenly started receiving the same services at your expense (taxpayer money) - it turns out that you pay twice.

It is no coincidence that the Republican Party, which initially accepted the Democrats' initiative with hostility, finally blocked Obamacare last year - the program was declared unconstitutional at court.

Nevertheless, it cannot be "canceled" overnight - and some people who have received their policies, continue to use it. It is impossible to ban the system of insurance medicine either. It is worthy of note that the same poll of Democratic voters in Iowa showed that almost 3 out of every 5 respondents favored replacing private health insurance with state one. But 2 out of 5 are  against such a decision.

This contradiction and the division between the people (just like other contradictions in the American society) lay the basis of the policy of Donald Trump. It has already cost a significant drop in popularity to one of the democratic presidential nominees, Elizabeth Warren, who is actively advocating the creation of a state system. However, it is not going to appear at the wave of a magic wand. No one will let nationalize insurers. The creation of the state-run system requires, according to conservative estimates, about 32 trillion dollars in 10 years. No voter will positively accept the words "new taxes".

As they like to joke in the country to the north of the USA, "a Canadian is an American without a gun, but with a medical insurance policy." The Canadians are proud of this joke that they can say with a sigh of relief.

The experience of the United States clearly shows what insurance medicine leads to, if it is not balanced with adequate state health insurance programs.

In the meantime, the policy of the Russian authorities is the opposite and is based on the thesis from ancient Soviet textbooks on dialectical materialism: "Capitalism is when everything is for money."

Russia's current state healthcare system is already similar to Medicaid. There is a difference: health care expenses in Russia amounted to 479.7 billion rubles in 2018. By rough estimates, this is 60 times less than the above-mentioned Medicaid costs. There are estimates that the private medical services market in Russia exceeded the mark of 3 billion rubles in 2018.

One does not need to follow the example of either the United States or China, where there is no comprehensive free national health care system. There is a founder of all such systems - the British NHS, there is a Canadian one and many others. They also have their own problems, but the very existence of the problems that they talk and write about, indicates the existence of a system. As for the healthcare system in Russia - there will soon be nothing to talk about as it is falling apart speedily.