Is Russia ready to start war with Turkey in Syria?

Flirtation with Turkey turned out to be disastrous for Russia, but as long as Russia is in the game, the stakes should be high, orientalist Semyon Baghdasarov said. 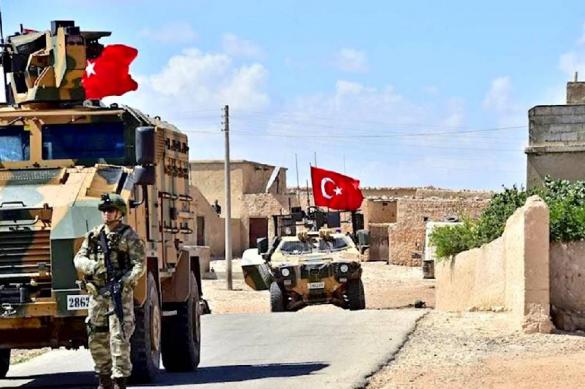 Turkey is ready to start a military operation in Idlib

Turkish President Recep Tayyip Erdogan, speaking to members of the ruling Justice and Development Party, said that Ankara was ready to start a military operation in Idlib.

"If the countries that we are in negotiations with do not do what needs to be done in Idlib, then we will do it ourselves. For the time being, we do not see the result that we want from these talks. We are fully prepared for our own operation in Idlib, it's only a matter of time, we can start at any moment. This is a vital operation for us," Erdogan said.

He added that he discussed Turkey's possible actions with US President Donald Trump over the phone.

This is the worst scenario in Russia-Turkey relations

In September 2018, Russia and Turkey agreed to create a demilitarized zone in Idlib, where more than a dozen different armed groups are located. However, Turkey did not meet the requirement for the disarmament of the radical groups that would constantly attack the positions of the Syrian Arab Army (SAA) and civilians. At the end of January, the SAA launched an offensive in Aleppo province, the province has been liberated along with a half of the province of Idlib, and 13 out of 30 Turkish observation posts found themselves encircled.

Vladimir Putin's pfficial spokesman, Dmitry Peskov, said that the possible operation against Syria would be the worst-case scenario.

Is Russia ready for war with Turkey?

Semyon Baghdasarov, the director of the Center for the Middle East and Central Asia, told Pravda.Ru that there are already 7,000 members of the regular armed forces of the Turkish army and over 2,000 units of armored vehicles in Idlib.

"Erdogan is ready to start. Is Russia ready? This is the most interesting question. I think that flirting with Turkey was a mistake. I think that all people who work in the Turkish direction should be fired from their jobs. This is a debacle," said expert.

According to Semyon Baghdasarov, not to deeply involved in the conflict, Russia is supposed to  give the Syrian leadership an opportunity to urgently agree with the branch of the Kurdistan Workers Party, the Democratic Union Party, which has a military wing fighting in Syria (YPG), to form a separate corps.

In fact, this can be done quickly, which will dramatically increase the combat capability of the Syrian army. Russia must help with military hardware, the expert said. If Erdogan openly intervenes in the intra-Syrian struggle, then Syria should intervene in the intra-Turkish agenda in order to:

"We need to play big, as Erdogan plays, otherwise we will lose," Semyon Baghdasarov said.

In 1939-1940, the Sanjak of Alexandretta, a multinational region that turned into an ethnically homogeneous Turkish Iskenderun, was taken away from Syria.

The situation in Idlib is explosive

According to a Russian source in military-diplomatic circles, despite statements about the desire to resolve the situation in Idlib by diplomatic methods, Ankara deploys military personnel, weapons and military hardware to the "de-escalation zone". There are more than 70 tanks, about 200 armored combat vehicles and 80 field artillery guns in the area. On February 1, 2020, when neutralizing an attempted offensive of terrorists into a district of Aleppo, four FSB officers of Russia, who were in Syria on a business trip, were killed.

In Idlib, militants use US-made man-portable air defense systems (MANPADS). Over the past ten days, two helicopters of the Syrian army were shot down.

The talks in Moscow with the Turkish side on February 17 ended without any results. The parties have failed to come to a new agreement on the crisis in Idlib.