Belarus and Russia: Biting the hand that feeds you

The talks of the representatives of Russia and Belarus regarding the issue of oil supplies have not yielded any specific results yet. Belarus does not want to make payments within the framework of the Russian tax maneuver, nor is it ready for bonus payments to Russian oil companies, which in essence are not bonus payments, but rather a minimal profit for Russian corporations. 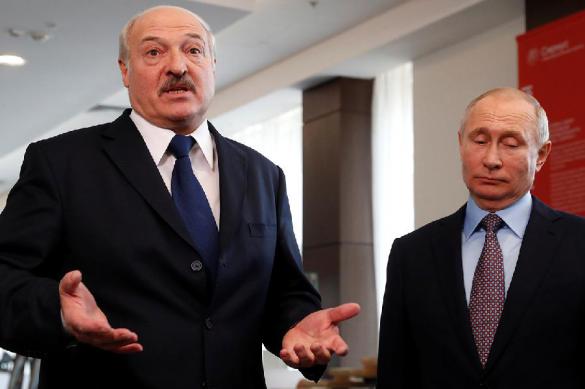 Later, however, the Belarusian leader Alexander Lukashenko said that the President of Russia offered to preserve 2019 financial conditions for oil supplies.

Of course, Alexander Lukashenko does not want to achieve any political agreements within the framework of closer integration with Russia in accordance with the Unified State Treaty. Experts note that Belarus is "on the balance sheet" of Russia: its economy is unprofitable, and the country's debt amounted to $2.1 billion and reached $38.676 billion in 2019.

Belarus exports as much as 80 percent of its goods to Russia. For its part, Russia invested about  $106 billion in the economy of Belarus in ten years, which made up from 11 to 27 percent of Belarusian GDP. The neighbors received $48.4 billion of profit from Russia through duty-free oil sales and natural gas discounts.

Of course, this is the last thing that Belarusian President Lukashenko wants. Therefore, he tries to make Russia look like a state that intends to violate sovereignty of Belarus. To demonstrate the idea in practice, Belarus has recently purchased a batch of Norwegian oil.

What do 80,000 tons mean for a large East European country? Moreover, oil from Norway is more expensive for Belarus. Interestingly, the Republic of Belarus maintains a close contact with the Konrad Adenauer Foundation and the Hunter Biden Foundation.

Belarus wants to go West and East and the same time

Belarus, being Russia's neighbor, evinces too much interest in contacts with NATO. According to Vladimir Trukhan, a member of the working group on the creation of a regional group of forces of the Russian Federation and the Republic of Belarus, the interest has grown so much that Minsk handed over plans for joint Russia-Belarus Zapad-2017 military exercises to the NATO command.

One can also recall the fact that Belarus has never recognized the independence of the state of South Ossetia. Additionally, a large amount of Belarusian diesel fuel made from Russian oil is shipped to Ukraine. Ukrainian Armed Forces use this fuel to attack the People's Republics of Donetsk and Luhansk.

There is also such thing as Belarusian nationalism and revision of history. At the same time, in accordance with the law "On Appeals of Citizens and Legal Entities", Belarusian officials are not supposed to answer inquiries in Russian.

Telegram channel "Trykatage" asked readers a question about a change of power in Belarus.

The answers were distributed as follows:

As for cooperation with the West, no one harbors any special illusions on the matter. Even in the event of a break up with Russia, Belarus is not seen as a strategic rival to the United States.

Suffice it to recall Pentagon's recent exercises that simulated a war with Russia: the USA nuked Belarus a few times "just in case".