Russia pats Poland on the back for glorifying Nazism

The Russian Foreign Ministry raised eyebrows again with its position to encourage Russophobia and distort historical truth. This time, spokespeople for the ministry expressed their approval for the visit of Polish officials to Smolensk. 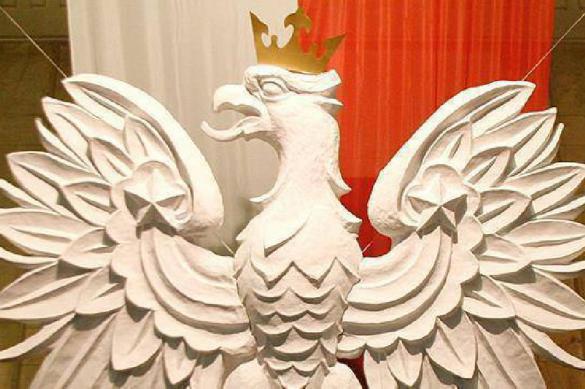 Moscow will provide relevant assistance to the Polish delegation upon its arrival to Smolensk and Katyn, the Russian Foreign Ministry announced on February 26. The delegation is to arrive from Warsaw on April 10.

On February 15, Polish Foreign Minister Jacek Czaputowicz sent a note to the Russian Foreign Ministry through the Polish Embassy in Moscow requesting support for the arrangement of the state visit of the Polish delegation on April 10 to Smolensk and Katyn. Polish Prime Minister Mateusz Morawiecki is to take part in the trip.

Voices were heard from Poland saying that Russia may not help in organizing the event because the relationship between Moscow and Warsaw leaves much to be desired. Similar opinions were voiced in Russia. Indeed, the Russian-Polish relationship has never been worse.

For Poland, the USSR is a supporter of the Third Reich and occupant state

Mateusz Morawiecki wrote an article in which he called the Soviet Union a "supporter" of Nazi Germany. He specified that the Soviet occupation, which cost Poland millions of lives, continued for another 45 years after the end of the war.

Maria Zakharova, an official spokeswoman for the Russian Foreign Ministry, said that Morawiecki's remarks about Auschwitz death camp, which, as the Polish official wrote, could have been liberated six months earlier, even though it was indeed liberated by the Red Army,  were beyond good and evil.

In late December 2019, Vladimir Putin, responding to attempts by the Poles to revise the causes and results of World War II, said, among other things, that WWII did not erupt because of the "collaboration of Nazism and totalitarianism" with the conclusion of the Molotov-Ribbentrop Pact, but after the Munich Pact of 1938 , as a result of which Poland participated in the division of Czechoslovakia.

Putin said that he had documents proving that the Polish ambassador to the Third Reich, Józef Lipski, shared the Nazi views on Jews. The President of Russia called Lipski "a scumbag and an anti-Semitic pig" because he "fully solidified with Hitler in his anti-Jewish, anti-Semitic sentiment and promised to erect a monument to Hitler in Warsaw for tormenting the Jews.

"Similarly, the people who were negotiating with Hitler are now destroying monuments to Red Army soldiers who freed Europe and the Europeans from Nazism," Putin then added.

It would seem that Putin's position to defend the historical truth in dealing with the Poles is obvious and clear.

However, it appears that it does not even occur to the Russian Foreign Ministry that someone in Poland may think badly about the Russians.

As an RMF correspondent found out, "The Kremlin rejects the suspicion that it could in some way create obstacles to arrange the visit of representatives of the Polish authorities and relatives of victims for the 10th anniversary of the Smolensk disaster and the 80th anniversary of the Katyn massacre," a message posted on the website of the radio station says.

Such a view surprised not only the Poles, but also the author of this article.

There are truly omnivorous people working at the Russian Ministry of Foreign Affairs. Not only do they encourage the visit of a person, who represents Poland's mean propaganda to distort the historical truth, but they can not even "imagine" a situation when that person could be barred from entering Russia!

Of course, it's easier to utter formidable and accusatory words, and then act to please outright bastards.

Earlier, in September last year, Russian Foreign Minister Sergei Lavrov did not have the guts to cancel his trip to the meeting of the UN General Assembly in New York after the USA denied visas to ten members of the Russian delegation without explanation.

Since then, no one in the United States intends to change their views, but Moscow still tries to find truth at biased courts of the West.

Lavrov also played a decisive role in recognizing the legitimacy of the regime of Petro Poroshenko. As Lavrov said, he was acting at the request of Berlin and Paris, but not in the interests of the Russian population of Donbass. The minister ignored the fact that by the end of 2014 Germany and France had already displayed extremely defiant behavior towards Russia because of the "Crimean spring."

It just so happens that through the actions of the Foreign Ministry, Russia stabilized the Ukrainian regime that had come to power as a result of the coup.