In early March, Winter Partisan joint military exercises are to be held in Belarus with the participation of special forces of the UK and Belarus. A platoon of British soldiers - from 30 to 42 people - has already arrived in Belarus. 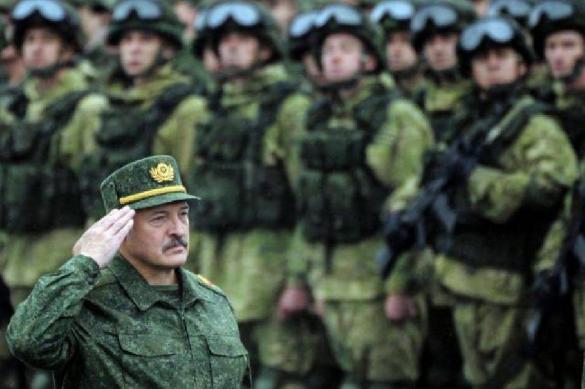 The purpose of these exercises is to practice "interaction to counter terrorism." It goes without saying that this decision of Belarus aimed at military integration with a NATO member country, namely Great Britain, came into the picture because of big politics.

In early February, Deputy Foreign Minister of Belarus Oleg Kravchenko spoke at a panel discussion at the Atlantic Council in Washington. The Atlantic Council is an expert and advisory platform for NATO that develops options for the eastward expansion of the alliance, as well as possible ways to "contain" Russia.

At the closed part of the discussion, Kravchenko told NATO experts that they should consider holding military exercises in Belarus with the participation of  EU NATO members. Since Belarus is a bridge between the West and the East, then this country is a place not only for Russian, but for American troops as well.

As part of the "multi-vector policy of Belarus," the deputy head of the Belarusian Foreign Ministry asked NATO to deploy up to a hundred of SOCMINT and OSINT specialists. In general, it goes about information troops, including those to monitor social networks, open sources and classic intelligence too.

The deal was finalized, and the decision to  military exercises was made. There is every reason to believe that NATO's information troops will soon appear in Belarus.

Belarus wants to be another Ukraine

As for the multi-vector policies of Belarus, the name of one of its architects is Vladimir Makei, the sitting Minister of Foreign Affairs of Belarus. This policy stipulates for cooperation and integration with both Russia and Western Europe, that is, with the EU and NATO, and, naturally, with the USA.

Such multi-vector policy ended up with Maidan riots, disintegration and civil war in Ukraine. It is not clear whether the Ukrainian scenario is in store for Belarus now.

According to opinion polls, people in Belarus are worried about the future of their country. They believe that revolution is the only way to change power in Belarus.

Against the background of the arrival of Western experts, one should recall that all those experts from various kinds of non-governmental European and American organizations have a passion for organizing "color revolutions." Alexander Lukashenko's regime is opening its doors for them already now.

Why is Lukashenko doing it? Apparently, he would like to get additional leverage over Russia. If Russia does not like to be accommodating on issues of oil prices or if she presses too hard on integration under the Treaty of the Union State, then Belarus can always bring up the "multi-vector" policy and "Western allies."

At the same time, if the "Western partners" start acting too violently, Belarus can always turn to Russia and ask for help. The question is whether Russia needs the brotherly nation that invites  British special forces.

Rumor has it that foreign military men will still take part in the Victory Parade in Belarus. This intention, if it is true, holds water, because the British were our allies during the Second World War. At the same time, it sounds like political challenge from the point of view of the current political situation in the relations between Russia and the West.

Not too long ago, Putin only had to give the Ukrainian economy a little shake with trade duties and taxes when Yanukovych started talking about "European integration." Needless to say that Belarus is heavily dependent on the Russian economy. If Russia shuts down its oil gas and other markets for Belarus, this country is doomed. Nevertheless, Moscow still spends money to support Lukashenko's regime: Belarus still pays the union state price for the Russian oil.