The world does not depend on Putin and Trump alone

The climate and the zones of international development are changing. Why does the USA need a big war, in which it does not want to participate? Pravda.Ru international observer Lyuba Stepushova talked about it an interview with political director of the Fund for Cultural Development of Peoples, Alexander Sobyanin. 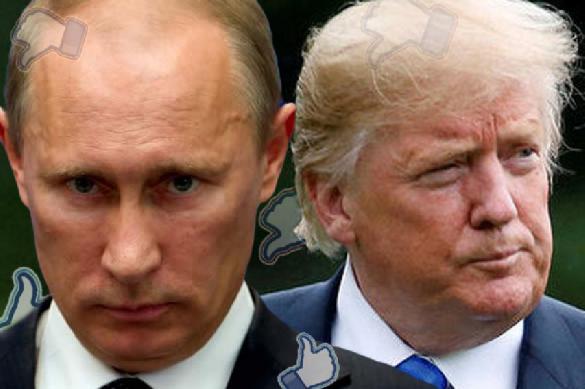 "Do you think that Russia is capable of countering the United States in any way?

"No, it doesn't make sense. If there's a war of sanctions between Russia and the West, then many lose their understanding of what is going on.

In a war of sanctions, Russia is not supposed to lose the volume in trade with Kazakhstan or China, even though these countries are not our enemies. These trade volumes have declined significantly since 2014. At the same time, Russia's cooperation with the United States has increased a little. It goes about high-tech products here, such as rocket engines and the like.

Real goals of the USA in the modern world

"Why does the USA want that? America is a dominating power already."

"Events in the world develop regardless of:

Climatic changes and the transition of the center of international development to the Pacific region and the zones of the Arctic and the Antarctic are extremely important. All the countries that have experience in handling issues of climate change, that have strong economies and military industries - these countries are getting ready for the world of the future.

At the same time, it is extremely difficult for them to switch to the world of the future, because they have no chances to overcome the egoism of strongest powers.

Everything that is happening in the world today is being dictated by the United States. The process to move from the Atlantic to the Pacific region is not going to be easy.

It is extremely important for the USA that this process goes through:

This process is not going to be peaceful. The United States wants to maintain leadership on the planet - this is America's No.1 goal. This can be possible only if not a single US competitor can run independent international policies. A war is a good way out, because the hands will be tied, and no agreements are going to be observed at the times of war.

"Is another world war looming? What kind of war is it going to be?"

"Unfortunately, it is going to be a hot, real war. Russia has lost time. In order to be prepared for war, one needs metals and technology. Russia buys everything from China. By and large, the Russian economy depends on international trade. War requires a large population. We need at least 350 million people, but we only have 150."